The Ultimate Guide To The Eddie Bravo Invitational

In the BJJ world, Eddie Bravo was considered the outsider, pot-smoking, conspiracy nut, who developed a system of Jiu-Jitsu which had no real application in competition. However, back in 2014 all that changed when the Eddie Bravo Invitational (EBI) aired for the first time.

Suddenly grappling was put in front of the casual MMA fan, this spawned a new era of the submission-only fighter, who hunted for the finish instead of stalling out to win by one advantage.

What is The Eddie Bravo Invitational?

The Eddie Bravo Invitational is a submission-only style grappling competition, which pits competitors in a knockout format competition.

To make the matches more action-packed, EBI introduced, what they called Overtime rules. This would determine a winner when no submission had taken place.

The Eddie Bravo Invitational was one of the first sub-only competitions to award legitimately impressive prize money, where they would offer cash prizes for submissions, which would be added to their total prize earnings if they won the event 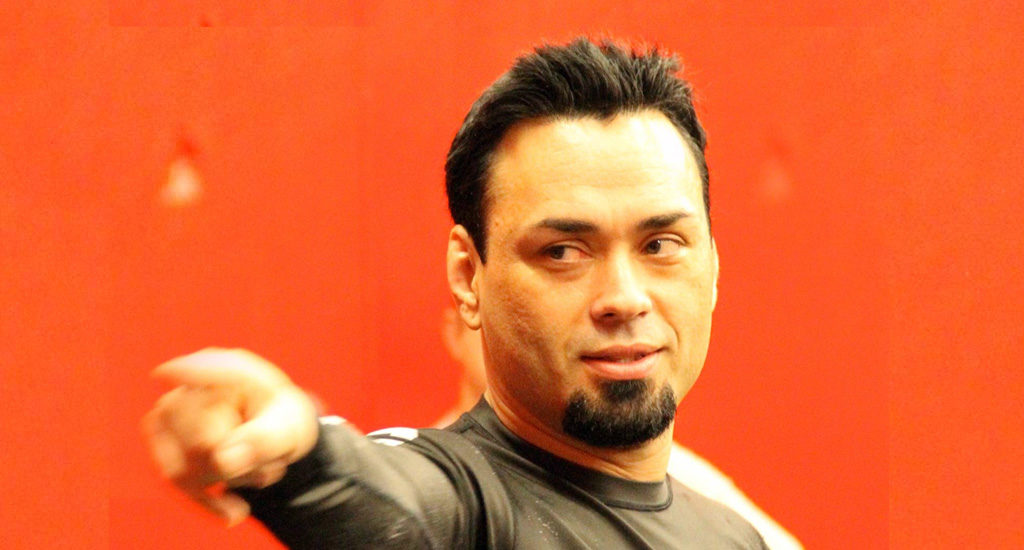 Who is Eddie Bravo?

Eddie Bravo is probably most well-known for the systemised grappling style of Brazilian Jiu-Jitsu known as 10th Planet Jiu-Jitsu, however, there’s much more to him that the 10P gang signs thrown up in gyms.

Born May 15th, 1970 as Edgar A. Cano, Eddie Bravo is a Brazilian Jiu-Jitsu Black Belt under Jean Jacques Machado. Growing up, Eddie has aspirations to pursue a career in the music industry, in 1991 he moved to Hollywood, California to form a band named “Blackened Kill Symphony.” During his time in the band, he decided to join a gym, because he wanted to avoid “looking like a slob”, here he would go on to start taking karate lessons.

Like many people, Eddie’s life was changed after watching Royce Gracie in UFC 1, where he would begin his Brazilian Jiu-Jitsu journey under Jean Jacques Machado.

It was around the time that Eddie was a purple belt was when he started to develop the Rubber Guard, a well-known 10th Planet technique.

2003 would see Eddie shoot to meteoric stardom, where he entered the 145lbs division at the ADCC as a brown belt after winning the North American Trials. Here he would face three-time ADCC champion Royler Gracie and would go on to submit him with a triangle from his patented rubber guard. Although Bravo would go on to lose the Semifinals to Leo Vieria, his name was already cemented in history.

From there Eddie used this as a platform to launch his no world-famous style of Jiu-Jitsu known as 10th Planet, which is also studied by comedian, UFC commentator and best friend Joe Rogan.

The Eddie Bravo Invitational ruleset is pretty simple, 10-minute rounds, no points, no advantages all submissions are legal. The winner is determined by submitting their opponent during the regulation time, inability to continue competing, or by being the victor of the overtime rounds.

The overtime rounds are what sets EBI apart from other competitions. When it was first introduced the overtime was a completely revolutionary way to determine a winner.

To go into overtime means that a match during the regulation time did not end in submission, as there must be a winner and there are no points scored in EBI, the idea of overtime was introduced.

The EBI overtime rounds give both competitors the chance to directly attack and defend submissions in turn. In order to allow fairness, two starting positions are:

The Spiderweb: This position is your standard armbar position but the person on the bottom has their arms crossed over to defend the attack

Back Control: A standard position in Brazilian Jiu-Jitsu, one competitor is put on the back of the other person with a seatbelt grip and hooks in.

The grappler who was seen as the aggressor during the match has the option to pick the position and attack first, if that can’t be decided then they will flip a coin. Once a position has been chosen, both competitors well get into the offensive and defensive position.

An overtime round is 5 minutes long and the objective of the attacker is to finish their opponent during the 5 minutes, and the defending grappler will try to escape.

The winner of overtime is determined as follows:

The success of the Eddie Bravo Invitational has meant many competitors have been able to make a name for themselves in the competitive scene. Many members of the Danaher Death squad have gone on to make successful careers off the back of their EBI wins, as well as some of Eddie’s own students such as Richie and Geo Martinez and Ben Eddie.

If you win the Eddie Bravo Invitational, you can use it as an incredible platform for your career.