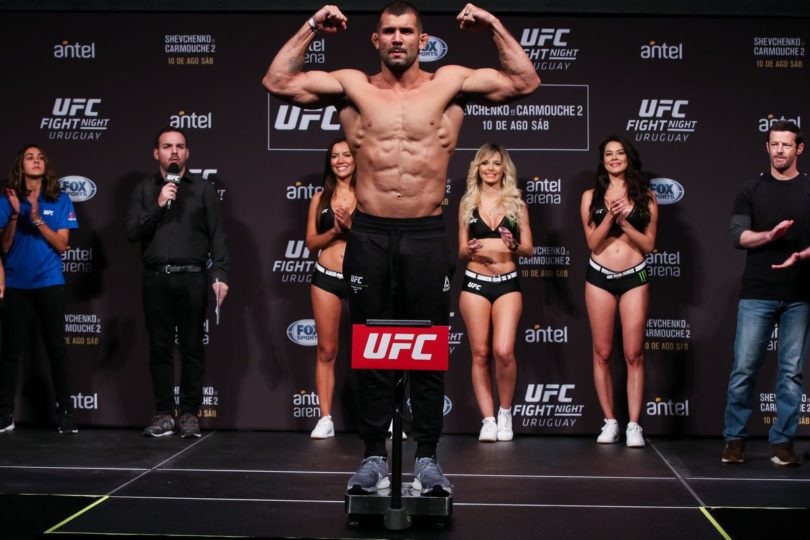 After going 5-0 in his professional career, BJJ black belt, Rodolfo Vieira finally got the call up to the big leagues and UFC Uraguay was his place to shine.

While his opponent Oskar Piechota is known for his grappling prowess in the octagon, unfortunately, it was no match for the Black Belt Hunter.

The first round starts with the two exchanging on the feet until Vieira managed to secure the takedown, to pin his opponent against the cage, where he landed some strong ground and pound to secure a first-round victory but not enough for the overall.

The second round saw a gassed Vieira looking for another takedown, which he eventually secured, after some more deadly ground and pound, Vieira managed to sinch in a tight head triangle to secure the win.

An impressive debut for Rodolfo and we can’t wait to see him tear through the middleweight division.