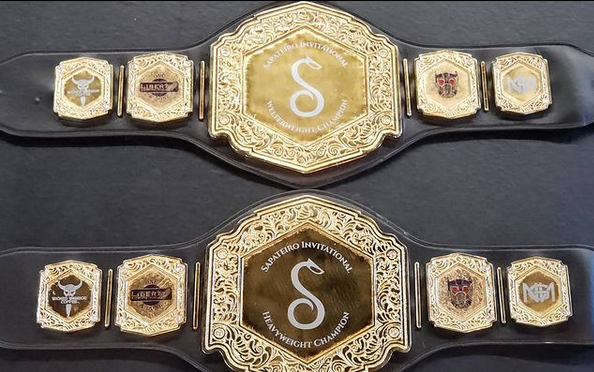 On March 20th, the Sapateiro Invitational will commence, with various Brazilian Jiu Jitsu athletes going at it for pride and money. Headlining the night is Emilio Hernandez vs Jon Calenstine in what has been dubbed, ‘Battle for the axe’. This is because the winner receives $1000, a title belt and a custom-made axe. In a modern twist, prize money can also be claimed in the form of bitcoin.

In an era that features masses of superfights, it’s nice to see little touches like this that make events stand out a bit more. The main event is a no-time limit, nogi, no points affair in no gi, so you can expect to see lots of submission attempts and grappling without fear between two very distinguished black belts. The entire event can also be bet on, as part of F2W’s betting promotion.

Elsewhere, it features other superfight specialists such as Emil Fischer, Rene Sousa, Werther Marciales and many, many others so it’s set to be quite a marathon of pure Jiu Jitsu. This event is also based in Florida and is $30 per ticket, with matches starting at 5PM. Online viewers can also purchase tickets through PPV.

On a final, side-note…it’s nice to see a return to normal for grappling events. Whilst we may not quite be fully back into the swing of things, it’s events like this that help get the ball rolling. In typical Pandemic-fashion, it’s either held in Texas or Florida and that will do for now. However, remember that it won’t be long until BJJ tournaments and grand prix events are back on practically every weekend which will fantastic for competitors, promoters and fans everywhere. With this in mind, lets all hope the Sapateiro Invitational gives us a night to remember.