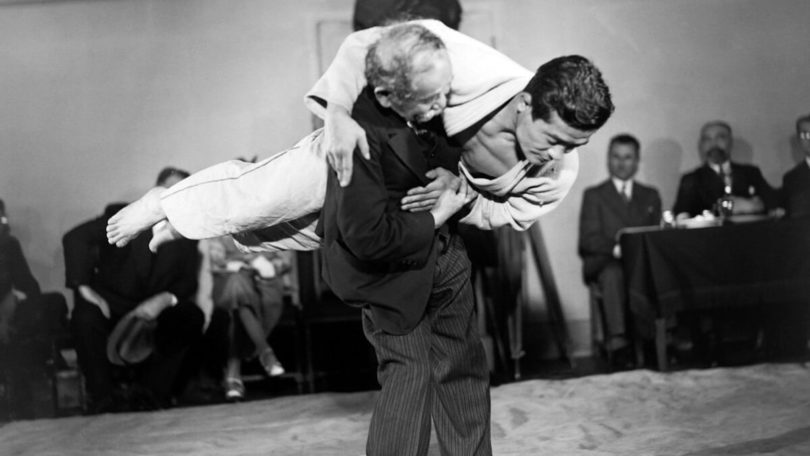 Martial arts can be considered to mean the ‘art of combat’, regardless of this, many martial arts were intended as a way to defend from attackers rather than be the instigator.

There are differing views about where martial arts first originated from. There the ancient martial art, Kuʻialua was introduced to Hawaii by Tahitians back in the 1300s and an even older fighting style called Kalaripayattu from India. It is this last one that many historians believe was the form that spread to China to create Kung Fu.

At this time there was a Buddhist monk based in Southern India who learned this particular art and took it back to China with him. While promoting Buddhism to the Chinese he also taught them Kalaripayattu but with some changes. Over time the martial art was adapted and altered and became what is known now as the style of Kung Fu used by Shaolin Monks.

How did Brazilian Jiu-Jitsu come about?

For this, you would have to look towards Japan in the time of the Samurai or Bushi. These warriors wore heavy gear and fought with swords and other weapons in combat. They had a code of conduct called Bushido that meant that they should express loyalty to their master, act ethically and respectfully, and have strong self-discipline. Like Kung Fu, many Samurai had a connection to the teachings of Buddhism too.

Despite their weapons and fearsome reputation, they could find themselves unarmed during combat. To counter this they needed a form of defense suitable in battle. This is how Jiu-Jitsu came about.

Jiu-Jitsu and Judo are similar but not the same and they were developed for different reasons. During the feudal period in Japan, a style was required that could be used effectively. Once this era ended there was little use of it in the same way so it was adapted. Jigoro Kano who was already a fine Jiu-Jitsu practitioner developed a new style and called it Kodokan Judo.

This new style later became the national martial art of Japan and was taught to law enforcement officers. The foremost change between the two styles is the lack of groundwork in Judo. The style became popular as a sport and a way of self-defense. Later during the Second World War, martial art became popular with American GIs who took it back to the States and taught others.

Jigoro Kano decided to send his top student, Mitsuyo Maeda to America to represent Kodokan Judo. However, he felt uncomfortable in the country and decided to move to Brazil.

Mitsuyo Maeda was a practitioner of classical Jiu-Jitsu as well as Judo. He had also trained in wrestling moves during some time in England, along with a few of his own moves. During this period Maeda decided to teach Carlos Gracie Jiu-Jitsu. Maeda was made welcome by Carlos Gracie’s father who helped get him settled in the country. It was for this reason he chose to pass on his knowledge.

The Gracie Family and BJJ

Carlos Gracie passed on his knowledge and newly found skills to his brothers. and then opening their first school. This is how Brazilian Jiu-Jitsu first appeared. The style they learned was adapted and changed to fit their own ideas and they created a new fighting sport.

The sport was passed down through the family and with the advent of UFC and MMA, Brazilian Jiu-Jitsu has spread throughout the globe making the Gracies some of the richest people in BJJ.

In 1993 The Ultimate Fighting Championship was introduced. Co-founded by Rorion Gracie it included a group of fighters from different fighting genres including Karate, Kung Fu, Wrestling, and Muay Thai. The idea was that one of the oldest fight fan arguments could be settled; ‘which martial art style is the best’, or ‘can Bruce Lee kick Muhammed Ali’s butt’ if you prefer.

Royce Gracie represented BJJ and won the first tournament by making his opponents submit. The idea was the original UFC would be a one-off but was so popular it became a regular event with Royce winning 3 out of the first 4 tournaments.

Fighters Begin to Adapt to BJJ

After the world started to see Gracie Jiu-Jitsu in action it started to get a lot more attention. Fighters no longer went into these types of tournaments sticking to one style but started to add to their repertoire. Jiu-Jitsu is one of the most popular due to the groundwork it involves and being able to get opponents to submit.

This change in fighting styles has led to the creation of Mixed Martial Arts, although the truer origins are back in the days of Ancient Greece and the Olympics. Today MMA is a hugely popular sport which is catching up to boxing and watched in many countries and is growing all the time.

How is the State of Brazilian Jiu-Jitsu now?

It is continuing to grow and could be the most popular or at least the most recognizable martial art on the planet soon. One of the principal reasons for the popularity is the UFC and MMA. The style has been adopted by many fighters and is then seen on television and the internet by millions. If you want to know how to become an MMA fighter then learning BJJ is a good idea.

Another reason that it gains popularity is that it is a realistic form of self-defense. Some martial arts have great looking kicks but not all those moves are good in real life for the average practitioners.

The Japanese warriors created Jiu-Jitsu and through Maeda and the Gracie family, Brazilian Jiu-Jitsu was created. The difference between the two styles is that one is a real-life combat art and the other leans more to sport and self-defense. BJJ is a great way to get fit and learn practical moves to keep yourself safe in the event of being in danger. The only disappointing thing is that fight between Royce Gracie and Mike Tyson never happened. That would have been a unique contest.