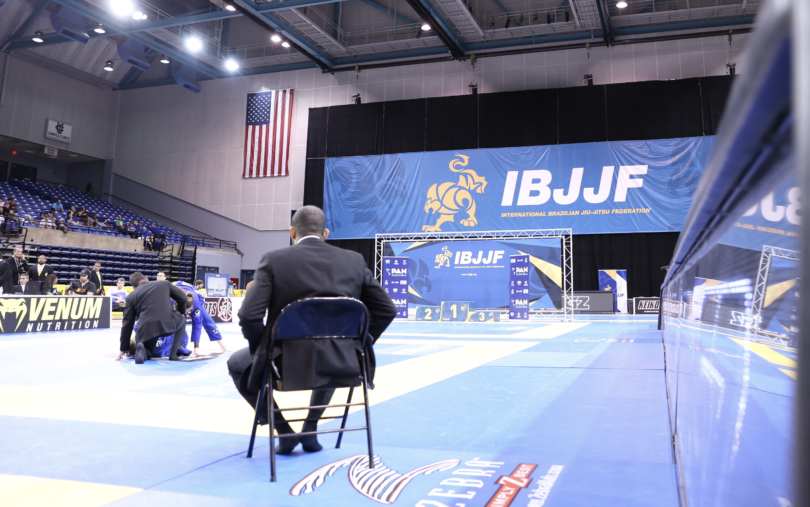 The IBJJF rulebook is long, confusing and ain’t nobody got time for that. Most people know the key rules and they go at it on the mats. That’s why we’re here to help! We’ve condensed the IBJJF rulebook down into this quick and easy, digestible guide, which you can use when you’re on the go to tell that referee “I wasn’t reaping the knee, he moved my foot!”

The IBJJF and many other BJJ rulesets determined a points system to decide a winner when no submission was called during the allotted time. Please note Side Control is not a scoring position, but the act of passing the guard, or sweeping to Side Control, scores. Points are scored after the position is held and controlled for 3 seconds.

Advantages and Penalty points can also be scored during a match, these are determined as follows.

An advantage is scored when a fundamental move is initiated but not fully completed, this could be a submission, sweep, take down or passing attempt. If a match ends in a draw on points then advantages are taken into consideration to determine a winner.

A submission is when a technique is applied, ie a chokehold or joint lock, which causes another player to admit defeat through the following:

As well as winning, you can also lose through the IBJJF ruleset, penalties and disqualifications are also awarded to competitors, so make sure you’re savvy about this section of the rules.

If a match is going nowhere a referee will often award penalty points to get the action going again, if a match ends in a tie on points then penalties are taken into consideration when deciding a winner. Penalties are awarded by referees, again discretion is advised. These can come in the form of penalty points for the first offence, advantages for a second offence, or additional points for competitors for a third offence.

A disqualification can happen when a serious foul is committed or if one player racks up too many penalties and the referee wants to end the match. Let’s look a bit more into how to get disqualified 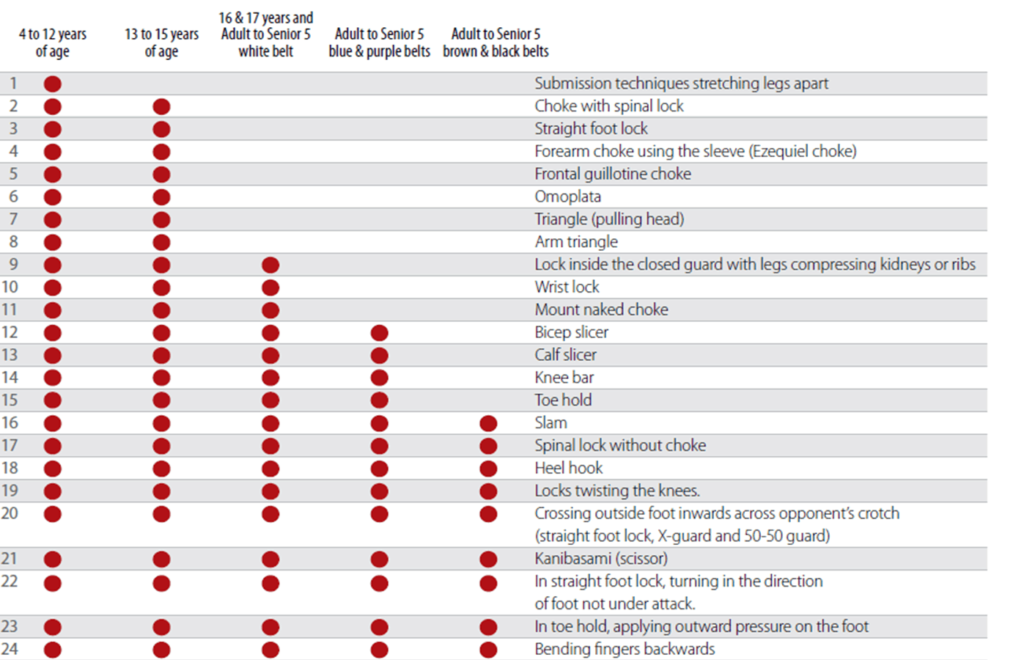 In order to compete under the IBJJF ruleset, you must have good hygiene, common sense right? Well sometimes little things get looked over and these little things could mean you stepping on the mats or getting DQed before even getting into the bullpen. Make sure you have these things covered before you even leave the house

The IBJJF has some strict rules on gi sizing, patch placement and quality standards. Kimono requirements are probably the main thing that busts a number of competitors. So make sure these are sorted.

Having a proper Jiu-jitsu gi is everything when you’re competing under IBJJF rulesets. Do you want to know why there are so many kimono vendors at the competition? It’s so you can grab a new one just in case your gi isn’t regulation. Let’s delve into what that means. 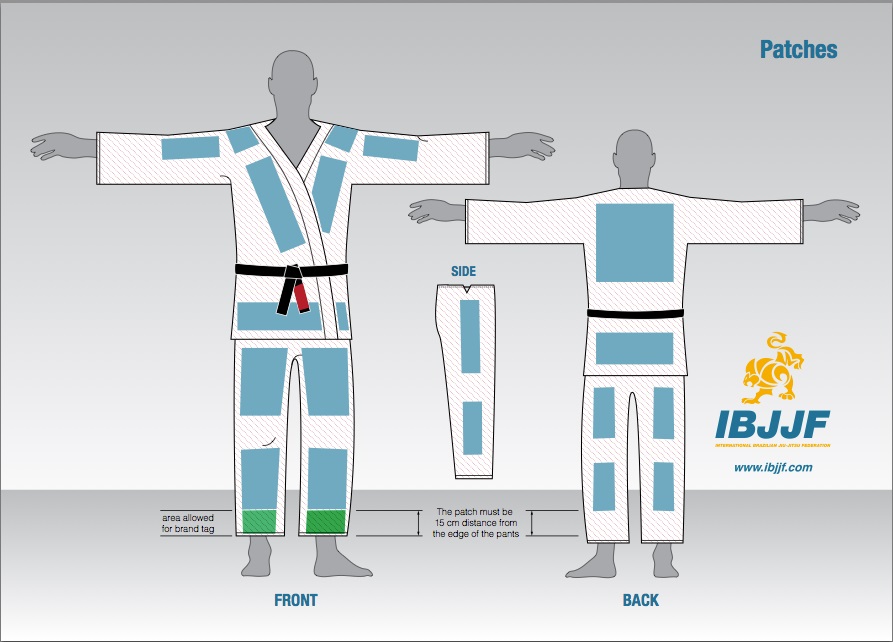 Overall these are a quick rundown of the IBJJF ruleset, If you want to delve deeper into the rules, you can look at them here. Or check out the video below.