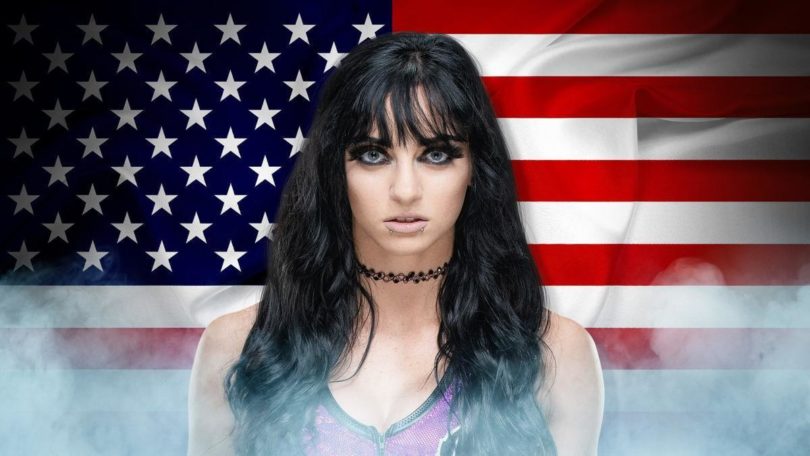 At only 21 years old Priscilla Kelly is making her name for herself on the US Indie scene. Transitioning her gimmick from a Gypsy Princess to a biting, scratching, and even licking succubus. She is injecting controversy into her character and the crowds are loving it.

We spoke to Priscilla about her comparison to Paige, using sex as a gimmick, and her early TV work on My Big Fat American Gypsy Wedding. You can listen to the full interview  below:

On getting into wrestling:

I didn’t watch wrestling my whole life. I actually got into wrestling because my little brother was obsessed with the Undertaker action figure. He was obsessed with pirates and he though the Undertaker was a pirate. So I did some research and that Christmas I bought him an Undertaker DVD set and then we kind of fell in love with wresting from there. I watched it more and a year or so late I started training. It was one of those things where I didn’t have a single passion or a plan for what I wanted to do with my life, and then wrestling came along and I fell in love with it. It’s all I have wanted ever since.

On working with all-female promotion Shine:

It’s been really great actually. I have been able to have some really knowledgeable women in the business to go to, post-match, and ask questions. From there I have been able to go to the back and get advice from all these different women. I had a match with Malia Hosaka and I learned so much from that match and being around her. This is the same with a lot of the other women at Shine. It’s really nice to know that I am surrounded by women that have been there and done it, but also want to help make the next generation better.

Originally I wanted to be the Gypsy Princess but it ended up turning into more of an evil succubus. Right now I am very dark and sexual so my character and gimmick has evolved in the last two years a lot. I mean I’m pretty well known for doing some specific things in the ring such as grinding, biting, licking and even kissing. I came in to this business and everyone just looked at me as a little girl, I was also raised really strict, I guess I wanted to break out of that. I wanted to be open with myself and it slowly became what it is. In the back of my head it’s also a way to show equality, I know it sounds crazy. One of my catchphrases is “I like girls and boys” and I think its a way to show off equality, that you can be open with your body and your sexuality.

On comparison with Paige:

I get some much stuff about looking like Paige. My hair has been black since I was 13 and I’ve never looked back. I can’t dye it any other color as its expensive and my hair would probably fall out as it’s black (Laughing). I tried tanning heavy early on and I it was a pain having to tan every week, it was destroying my skin. I finally taught myself to be comfortable in the skin I was born with. I’m just myself. You have one or two traits in common with someone who works for the WWE and you’re always going to be compared to them.