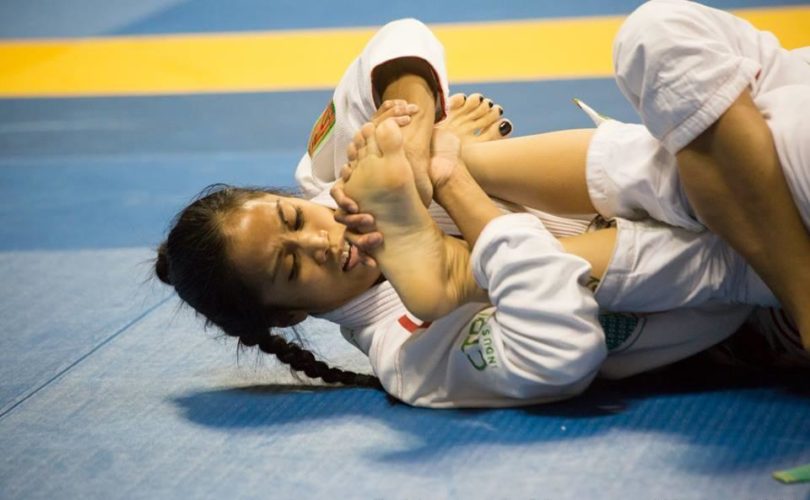 Known as the mata leão no pé, americana no pé or pé de vaca in Portuguese, the toe hold is a submission in the foot lock family.

Known as the wristlock of the foot lock world, the toe hold can be a devastating submission if used correctly. Until recently the toe hold has never been a staple submission in the grappling world, however, with the rise of the heel hook and foot lock game in recent years, the told hold has slowly started to come back into fashion.

A History of the Toe Hold in BJJ

The toe hold has been around long before the birth of BJJ. The original submission came from Judo, where it was called ashi dori garami, translating as “entangled leg dislocation”.

Since the early beginnings of Brazilian Jiu-Jitsu the toe hold has been a staple submission, taught by the Gracie family when they first opened their own academies.

Even though the toe hold and other foot locks were taught at Gracie Academies around the world, the late Helio Gracie would look down on the submissions, calling them “suburban (uncultured) techniques”, a quote which came from the book Carlos Gracie: The Creator of a Fighting Dynasty, by Reila Gracie.

Known for his open mind about Jiu-Jitsu, Rolls Gracie was one of the first Gracie family members to really utilise the technique during sparring and competition. Alongside Jiu-Jitsu Rolls would also regularly study other grappling arts such as Judo, Wrestling and Sambo. This opened the sport up to more techniques which would be slowly incorporated or discarded from the sport.

Unlike his other family members Rolls, would be a Gracie known for his foot locking abilities. Being one of the few who would recommend attacking the legs and feet of their opponents.

Over time Rolls’ students would become renowned as foot locking specialists, one, in particular, being Marcio Stambowsky, also known as Macarrão.

When interviewed in the 1970s about the use of the toe hold, Stambowsky said:

Yes, we used to call it “Pé de Vaca” because it was like a “Mão de Vaca” (wristlock) but on the foot. I wasn’t the only guy doing it, many other students of Master Rolls were awesome at it. Rolls always encouraged us to attack the feet, especially me because I was very tall. He used to say that if he was as tall as me, no one would escape his footlocks, but to be honest, even though he was a lot shorter than me, no one did (laughs).

After Rolls’ passing in the 1980’s the toe hold would fall out of love in the Jiu-Jitsu world, until the late 1990s when it would make a dramatic comeback in competition, where it would be used by Rodrigo “Comprido” Medeiros, who was a student of  Romero Cavalcanti, a black belt of Rolls Gracie.

In 1999 Comprido would make the toe hold famous after submitting Roberto “Roleta” Magalhaes with it. Later in an interview with Graciemag, Roleta would go on to say that he had never seen that submission before and that it was the first time he was submitted by foot lock.

It was the first time I ever taped to a footlock, we had never seen that position before, Comprido was the first to do it. (…) I saw he had it on, but I didn’t recognise the position, I didn’t know where he was going with it, first it was a bit loose and he let go, but the second time when he got it again it was really deep. It popped my foot and really hurt it, I had to tap.

The success of the submission would bring rise to its popularity and to this day the submission is used effectively, especially in NoGi Jiu-Jitsu where the leg lock game is prevalent.

How to Apply the Toe Hold

The told hold can be a devastating submission if used effectively, as unlike other submissions, it’s main focus is attacking ligaments on a joint instead of the joint itself.

The principle mechanics of the toe hold are very similar to how you would apply a kimura. With one hand grab the outside of the foot, with the second hand, you are going to re-enforce that grip with by coming under the ankle and grabbing the wrist of the first hand, a classic figure 4 grip.

Dangers of the Toe Hold

It seems that the general consensus of the BJJ community is that the toe hold can be an incredibly dangerous move if performed correctly. The reason for this is the ankle joint is a combination of various small bones brought together by the ligaments and muscles of the body.

When attacking the toe hold, the knee is also in danger due to the twisting of the foot feeling fairly similar to an inside heel hook. There have been many cases where competitors have tapped due to damage to their knee and not their foot. 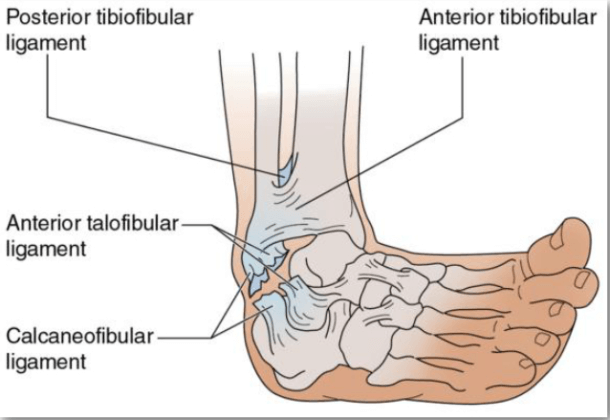 Under IBJJF rules, the toe hold is a banned submission until brown and black belt ranked athletes. However, other organisations such as Grappling Industries and Five Grappling have allowed it to be used from blue belt onwards.