The most exciting new British stars in the UFC 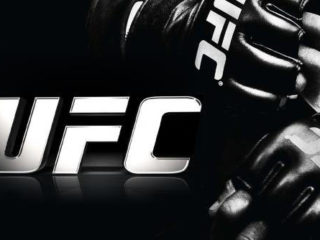 Ever since the sport of MMA exploded in popularity under its prized league UFC, the sport has struck a chord with fighters and fans all across the world. Many now see the octagon as not only an opportunity to make a lot of money but the chance to dominate the league like superstars Matt Hughes or Randy Couture have in the past.

Over in the UK, the sport of MMA received a huge glowing welcome ever since the UFC touched down in 2002 with its first officially promoted fight. The UK is now counted as its fifth biggest market in terms of revenue. But it hasn’t been without controversy, as early as 2007 the British medical association tried to ban the sport, but it overcame adversity to develop local stars for the world stage like Michael Bisping and Dan Hardy. Even though most of the UK would count Irishman Conor McGregor as their prodigal son.

Now, with regular MMA events held at stadium capacity arenas such as the o2 selling-out in minutes, a new, hungrier generation of fighters in the UK are keen to make their names known and fight on the biggest stages of the world.

Who knows, maybe one of them will become the next UFC lightweight champion or fill the shoes of the first British Champion Michael Bisping.

We piled up a couple of these lean machines for you to have a look at:

One of the most exciting fighters out there is Liverpudlian Darren Till, who started out as a Muay Thai fighter, and since joining the UFC has built a loyal following throughout his homeland.

His controversial winning fight against Stephen Emerson back in May (which he entered as the underdog) established him as a true star of the sport.

Early on he had to transcend various personal issues to become who he is today, but now he’s listed as number 2 in the official UFC welterweight rankings. Till is currently awaiting his next fight, which is expected to be against the current welterweight champion Tyron Woodley in September.

Experts have said this young prize fighter would be the “quickest to crack the international market” and they would appear to be right. Before joining the UFC mid-year in 2018, he held up an undefeated professional record of 12-wins and 0 losses. He also entered Dana White’s ranks as the defending bantamweight Cage Warriors champion.

His first UFC bout back in June of this year ended with Wood’s convincing defeat of Brazilian Johnny Eduardo. There is a reason why the MMA community has nicknamed him “the Prospect” – keep an eye out for this vicious young fighter.

Is this young Liverpudlian fighter set to become be the next Ronda Rousey? It’s hard to say right now, but a lot of eyes have been following Molly McCann ever since she built a remarkable 7-1 record since turning professional in 2015.

Like her fellow Merseyside fighter Darren Till, she has had to fight adversity to stay on top, but that hasn’t stopped her becoming a female force throughout the sport. Nicknamed “The Meatball” because of her work at Subway, she can regularly be seen sparring with some of Liverpool’s fiercest male boxers.

Even though she lost her debut UFC fight back in May to American Gillian Robertson, many people are anticipating big things for this young Flyweight fighter.

Welterweight star Brett Johns has been on a bit of a recently slump in the UFC, but don’t count out the young Welsh fighter yet. Brett won his first two UFC fights decisively with unanimous decisions and his third fight with Joe Soto, saw him win in spectacular fashion with a calf crush which was contender for submission of the year!

Coming into the UFC Brett was undefeated and his last two losses saw him on the end of a judges decision. Brett has yet to be knocked out in professional competition and his last fight, even though it was a loss, showed just how much heart and toughness he has. Expect great things.

UK fighters like Brad Pickett, Dan Hardy and Michael Bisping opened many doors for fighters over the years giving the sport a huge popularity boost not only at home but worldwide. However it’s the US market that remains the one every fighter wants to crack, at least now young fighters like Till and Wood have their own local heroes to emulate. 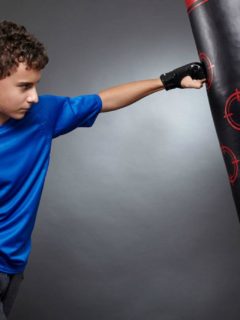 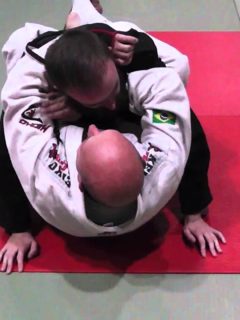 Next
The Ezekiel Choke
Comments are closed.