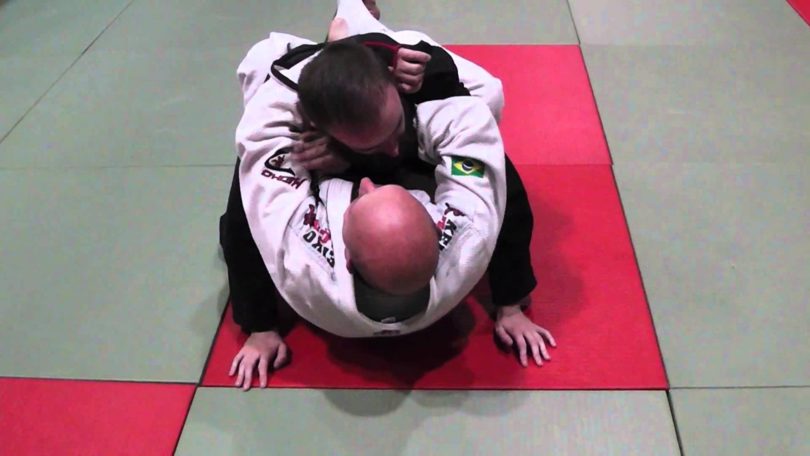 The Ezekiel Choke also known as the Sode Guruma Jime in Japanese, is a choke hold in Brazilian Jiu-Jitsu which is caused by compressing a person’s trachea and carotid arteries. While this position can be performed from various positions, it is mostly seen from the mounted position.

A History of the Ezekiel Choke

The history of the Ezekiel Choke can be traced back to 1988 when a Judoka by the name of Ezequiel Paraguassu visited Brazil and went to train at Carlson Gracie’s gym in Copacabana, Rio de Janerio. He visited as part of his training camp for the 1988 Olympic Games in Seoul, South Korea.

This was Paraguassu’s first olympic’s and as such, wanted to work on his ground game, so he decided to get in touch with the family that perfected the art of the ground game, the Gracie clan. Carlson Gracie, one of the greatest practitioner’s of the art, said he would be welcome to train at his Copacabana gym.

But things didn’t get off to the best start. In an interview with MMA Fighting Paraguassu says: ““There was a rivalry in the beginning, but then they accepted me there, I found what I was looking for. Every training practice was like a real competition there, and that’s exactly what I needed as I prepared for the Olympics.”

During his training at the gym Carlson Gracie stopped training and ordered his students to form a circle around Ezequiel. Standing in the middle of the circle Paraguassu waited while Gracie selected one of his students to spar with the Judoka. Picking one of his protege’s, Carlson watched eagerly while the two engaged and began to roll.

Being in a BJJ with some of the best practitioners in the world was an unusual experience for Paraguassu. “They knew I was a judoka, so they pulled guard right away,” he says. “I wanted that adrenaline, I wanted to be tested. It felt like a competition.”

As the fight pulled guard the Judoka found himself stuck and unable to pass, that’s when he tried the Sode Guruma Jime. His opponent tapped and it was a huge shock from the crowd. Carlson Gracie was in a state of shock, he even asked his fighter if he was injured and couldn’t believe that someone was able to submit someone from inside the guard.

“The first time I choked someone and he tapped, everyone was shocked,” Paraguassu says. “Professor Carlson asked his athlete if he got hurt, if he tapped because I hurt him. They didn’t understand what was going on. Someone being choked from guard position? I just improvised and it worked.”

And that’s how it goes, every time someone pulled guard, they would get choked by Paraguassu. Intrigued by the technique Gracie’s students would ask questions about the choke he would use to tap them all out. and over time Paraguassu would teach them the Sode Guruma Jime, which over time became renamed to the Ezequiel choke, or Ezekiel in English.

“I feel honored that I left a legacy in jiu-jitsu’s history, and I thank the jiu-jitsu community for welcoming me and helping me prepare for the Olympics. I had great training and made a lot of friends.”

How to Perform The Ezekiel Choke

There are lots of different options for the Ezekiel Choke, you can catch it from the mount, side control, the back and if you want to be like Ezequiel himself, from inside your opponent’s guard. We’ll go over a few options from various positions

Ezekiel Choke From The Mount

The Ezekiel Choke can be even performed without the gi, but it requires a little variation since you don’t have a gi to perform it. The key thing to finishing this choke is your hand placement to create the pivot. To do this, Ezequiel himself said it’s best to put to grasp the bicep so you have the movement to pivot your arm to the front of the throat.