When Scramble got in touch asking if i would be interested in reviewing a Gi, I never thought i’d be getting one of their special collaborations with 100 Athletic, Caol Uno’s leading Japanese sports brand. But here we are, and while I was impressed with it’s rolling capabilities, I was even more impressed when I got closer.

The Scramble x 100 Athletic Gi is quite honestly one of the nicest kimono’s I have the pleasure of reviewing so far in my blogging career. When putting this one for the first time, I knew this was something that was carefully considered. 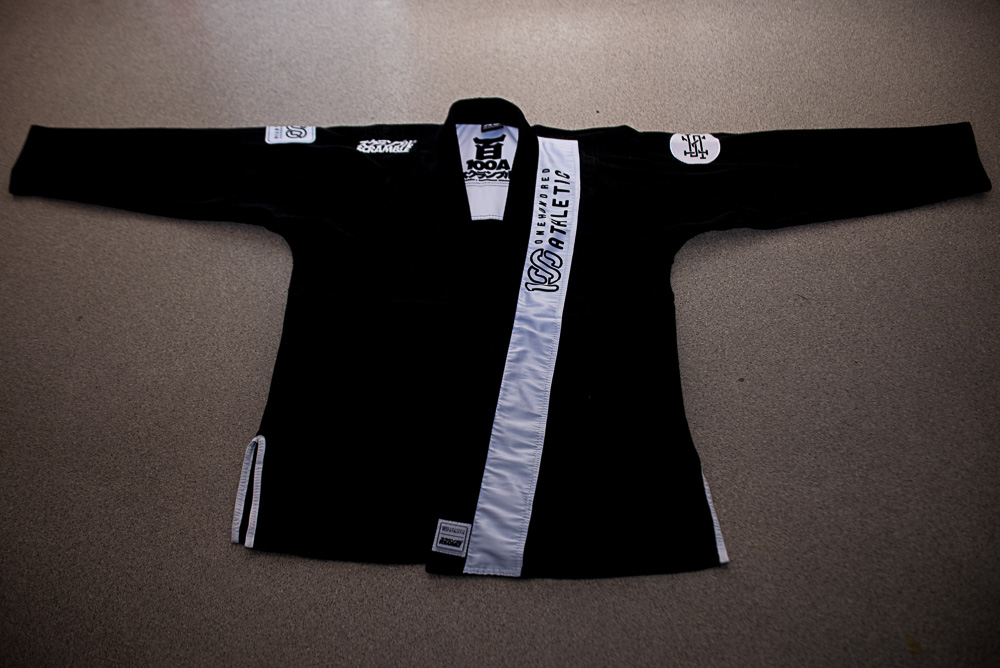 First impressions of this gi was the softness of the jacket, and also the length of the skirt. Normally Scramble gi jackets run quite short, for a more stylised fit, however Scramble have said that this cut of kimono is a hybrid of Japanese and Brazilian Jiu-Jitsu styles. Personally I welcome the longer skirt as it looks more aesthetically pleasing.

The Gi jacket features a long strip of nylon fabric running across the left lapel of the jacket with the 100 Athletic Logo running along the fabric. A cool touch since most jiu-jitsu designers will only partially cover the jacket instead of going down the length of it. The left shoulder features an embroidered scramble logo and each arm has Scramble’s and 100Athletic’s logos on opposite sides.

Shrinkage of the jacket in minimal, I wore and A3 and after 6 40 degree washes the jacket fit perfectly. I would recommend sizing this gi properly as boil washing and tumble trying this gi will more than likely ruin the material running down the lapel. 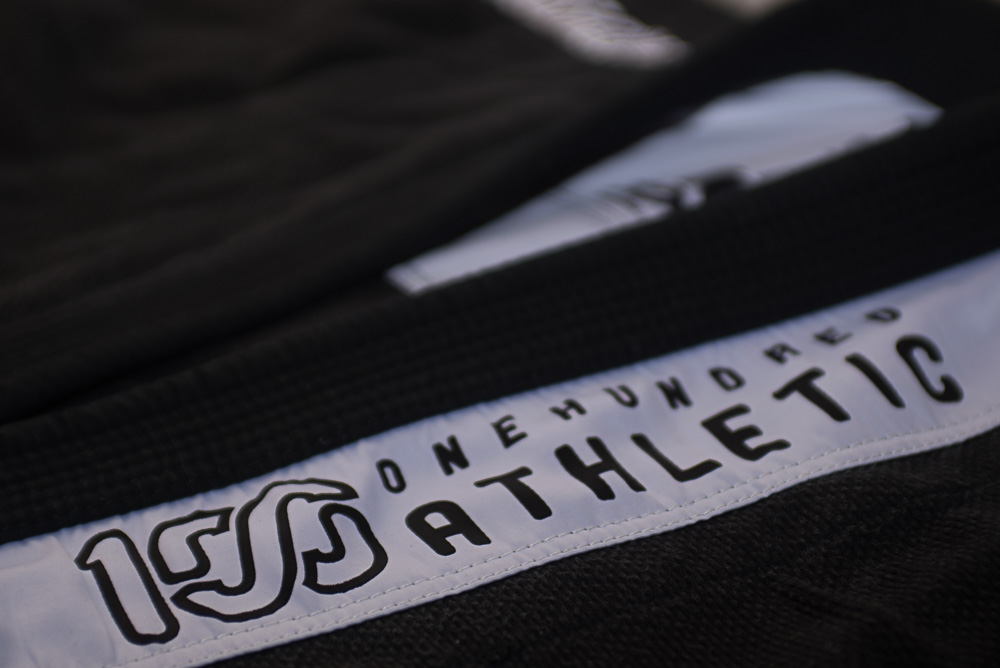 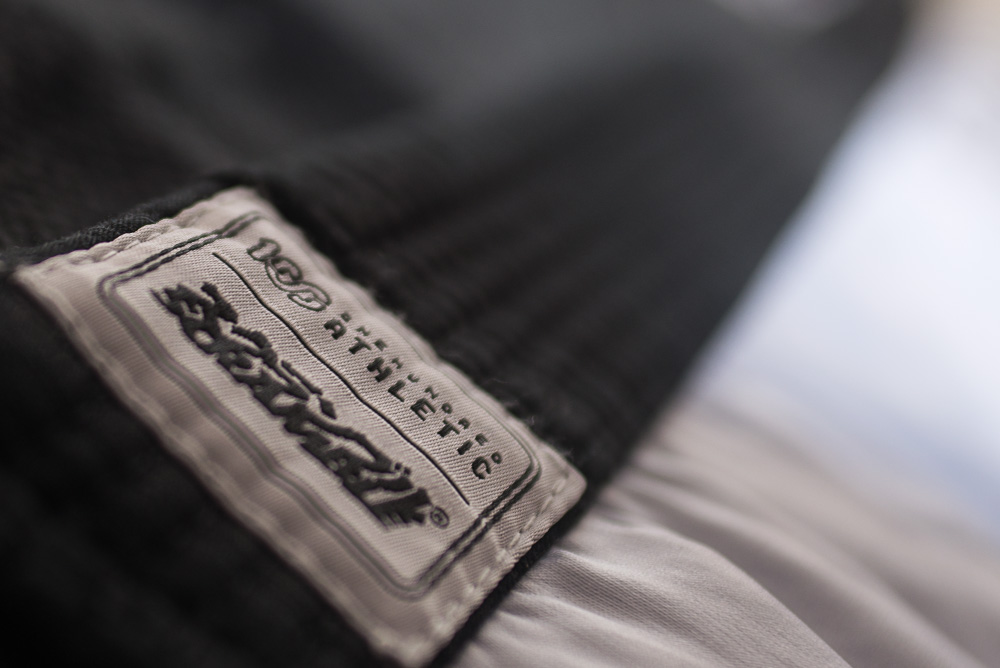 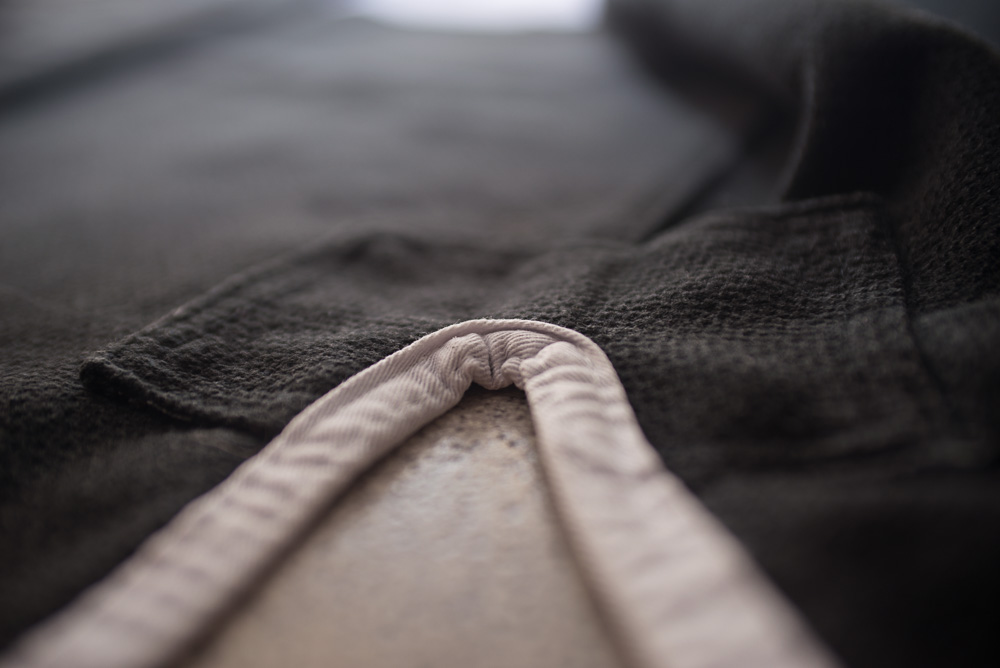 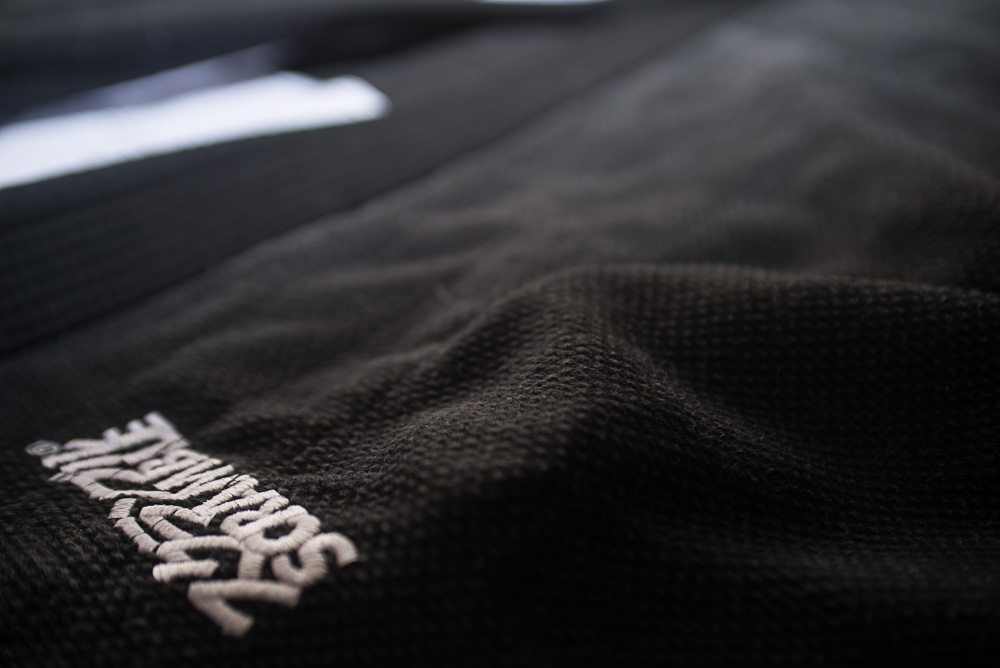 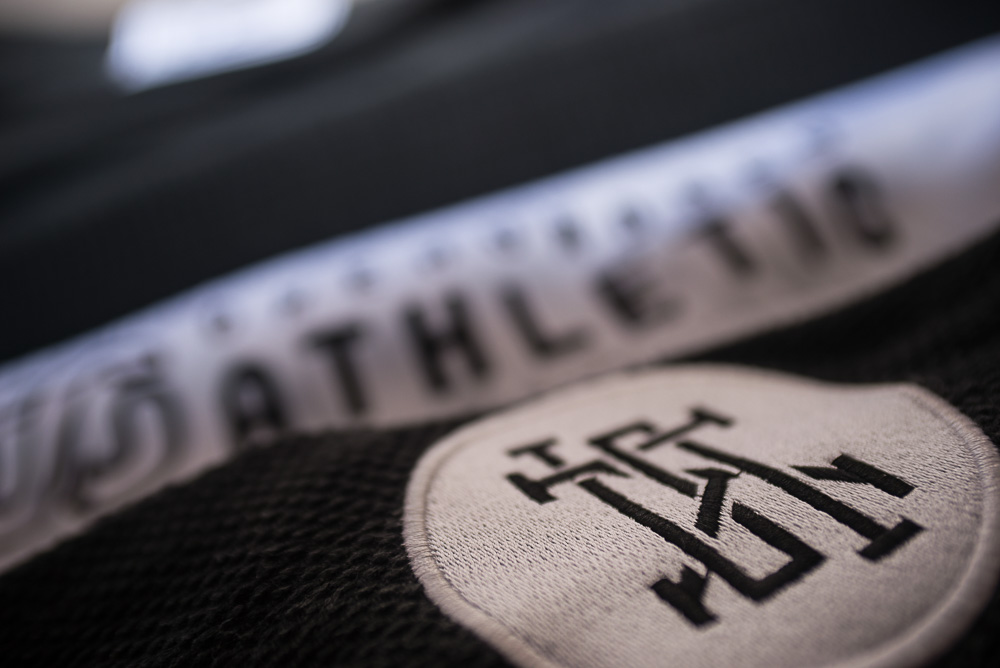 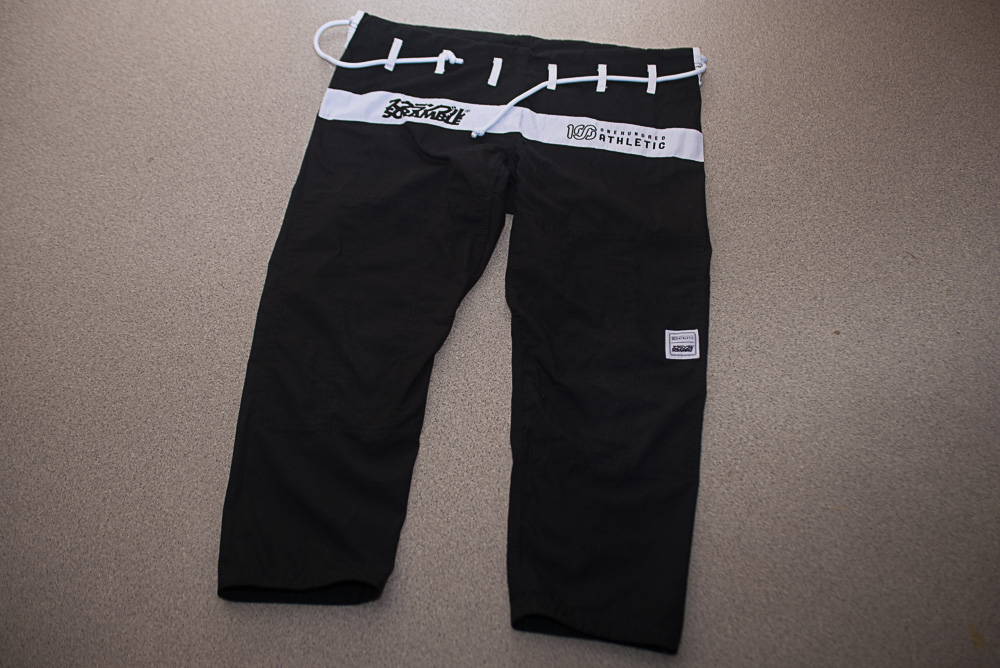 The gi trousers feature just as much detail as the jacket. Sticking with their ripstop trousers, Scramble have emblazoned the front of the trousers with the familiar contrasting strip of material, this time featuring both 100 Athletic and Scramble logos. Being ripstop, these trousers saw minimal shrinkage but what really impressed me is the detailing of the embroidery behind the knees. There is some truly intricate machined embroidery, and there’s not a single stray thread in sight. 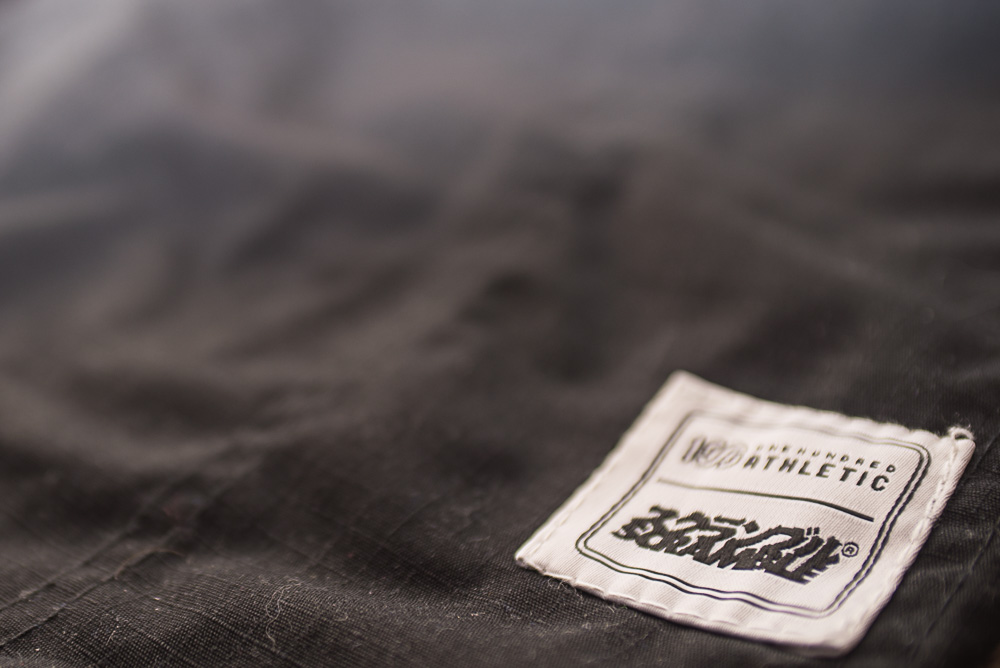 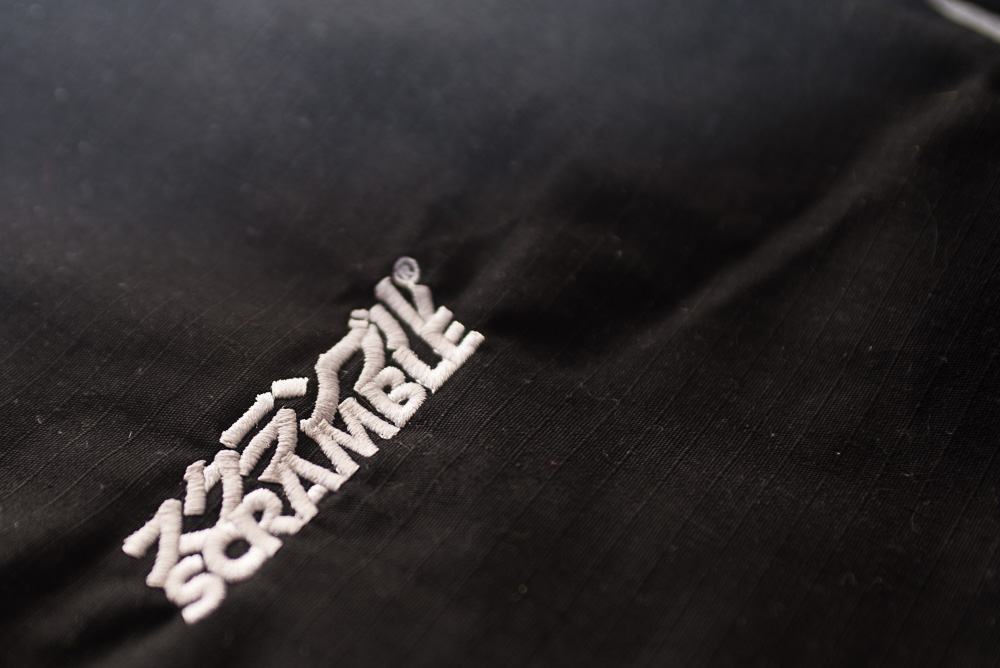 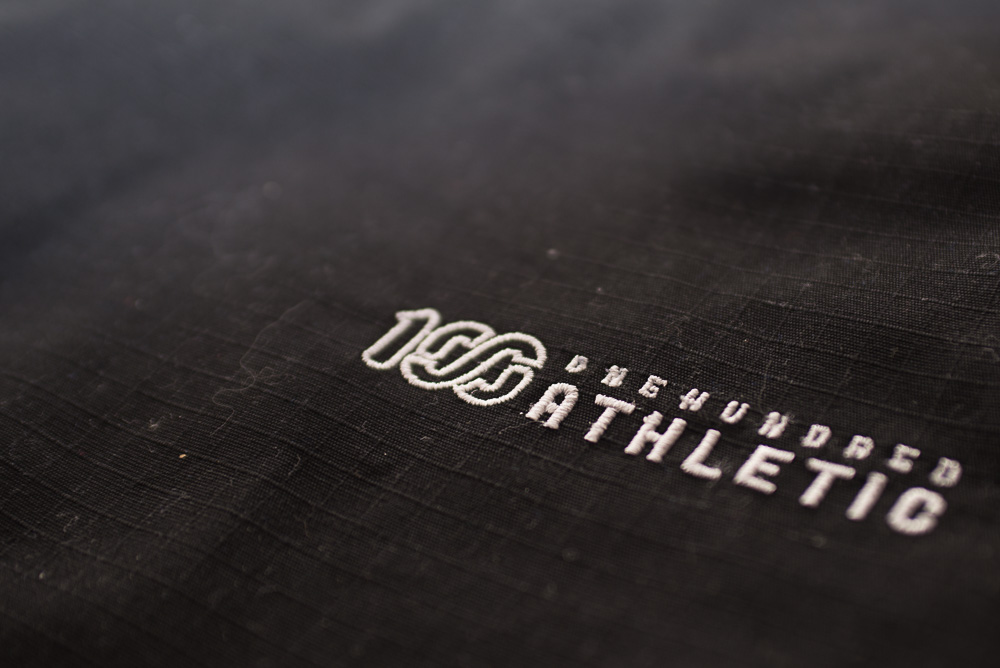 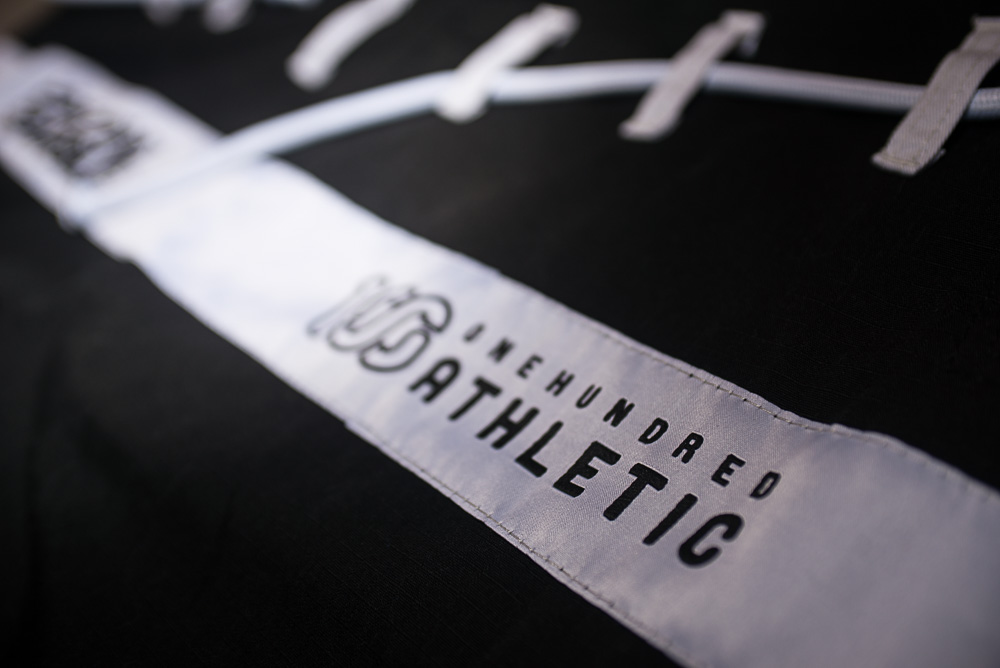 When I first saw this gi I was in love and now i’m even more in love. This is a great product by Scramble and 100 Athletic and I’d love to see some more collaboration efforts between the two brands. And no, it’s not IBJJF legal.