Polaris returns to Wales for the final event of 2019 and they’re promising fireworks.

Heading to the ICC in Wales, the Polaris Professional Grappling Invitational is on it’s 12th event showcasing some of the very best UK and worldwide grappling on UFC Fight Pass. We’re here once again to give you our rundown on how we think these matches are going to pan out. 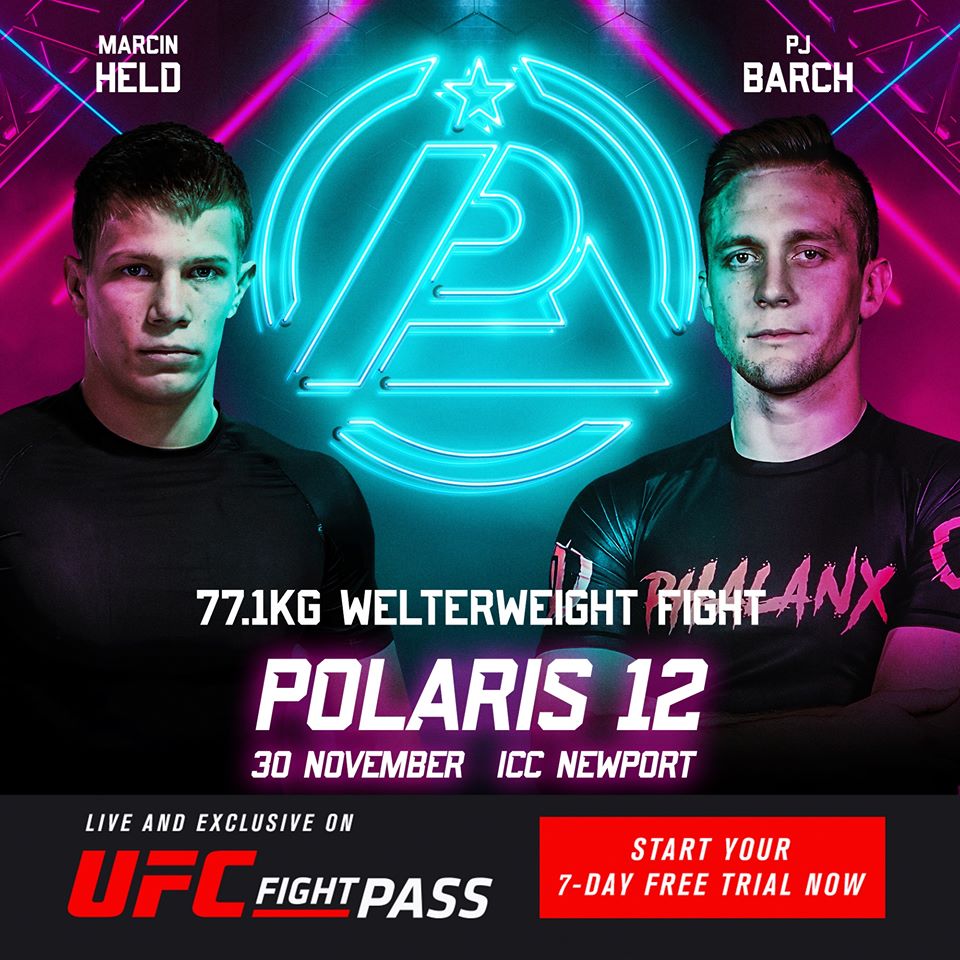 Our first match of the main card features 10th planet’s PJ Barch go up against the formidable Polish grappler Marcin Held. PJ, new to Polaris has recently been making his name on the submission grappling circuit, with wins at the Onnit Invitational and Sapateiro Invitational. The black belt is most well down for being a member of the winning 10th Planet quintet team.

While Marcin Held has been steering away from grappling and focusing on his MMA career with ACB. Held’s last Polaris outing saw him submit UFC Lightweight Chris Fishgold with a savage armbar.

This match promises to be an explosive opener to the main card, with Held known for being an incredibly aggressive fighter, I would be surprised to see this go the distance. 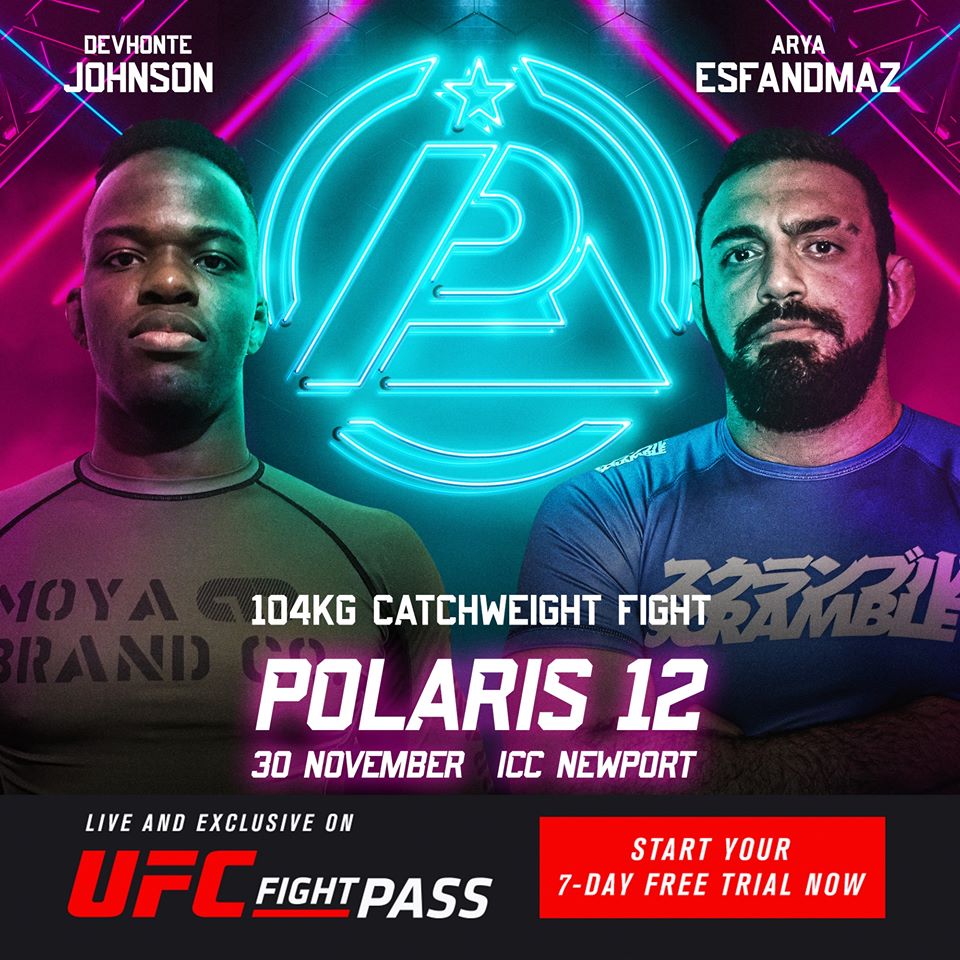 Our second match on the main card is going to be an explosive heavyweight matchup. Unity’s Devhonte Johnson will be squaring up against Pure Jiu-Jitsu’s Arya Esfandmaz.

Arya Esfandmaz is no stranger to the Polaris stage, after unfortunately not being able to compete in his last match against Satoshi Iishi, he will be looking to put on a star performance at this show.

Both competitors are powerful grapplers, Esfandmaz will be looking to utilise his high-level Judo and Jiu-Jitsu to control the match while Johnson will be game for a leg lock battle. 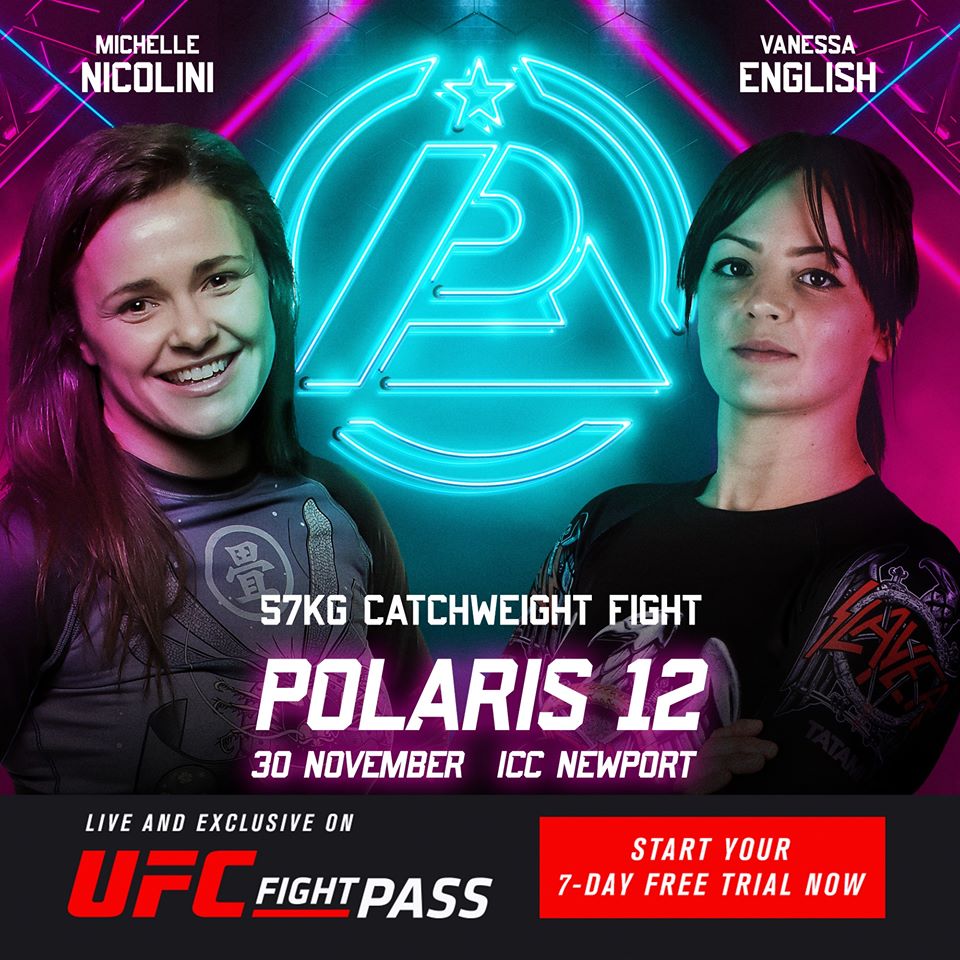 Our only Female match on the card is our first Gi match of two. Decorated world champion Michelle Nicolini will be going up against a game Vanessa English.

Nicolini, who’s last Polaris didn’t go exactly to plan, will be looking to show that her Jiu-Jitsu is just as sharp, even though she focuses mostly on MMA these days. The 8-time world champion will be looking to get the win against her game opponent.

It’s good to see Vanessa English back on the competitive scene, after taking a long break from IBJJF competitions, English is back on Polaris after she lost a judge’s decision against Sam Cook and this time she’s taking on quite the challenge.

Expect heavy pressure from Nicolini and an aggressive game plan from English in a women’s match that should fail to disappoint. 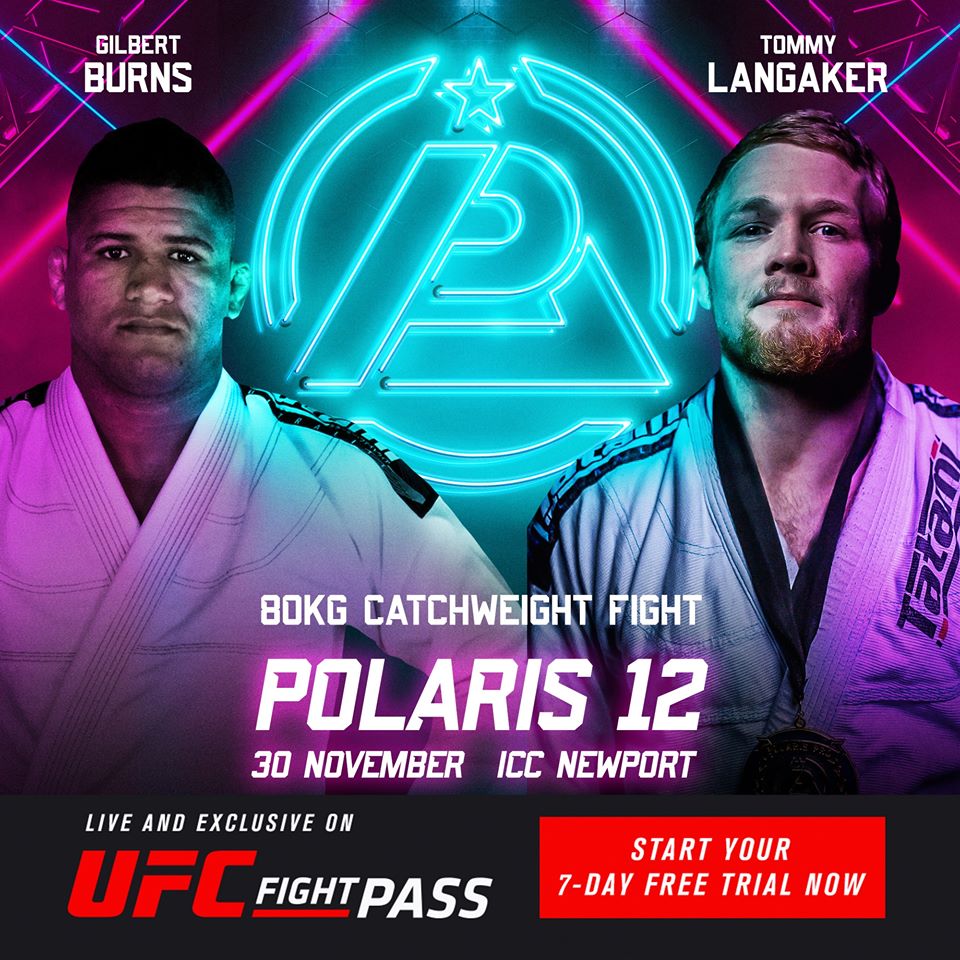 Two Polaris favourites return in a match which promises a big clash of styles. Norwegian black belt Tommy Langaker is undefeated on the Polaris stage and this time he goes up against the Brazilian Gilbert Burns.

This match is different to all of Gilbert’s other Polaris matches as it’s in the gi, meaning this plays well into the Norgweigns hand.

This is a classic guard passer vs player guard with Burns using to using his wrestling and MMA experience to pressure the Norwegian into making a mistake on the bottom.

Expect an aggressive match from both competitors 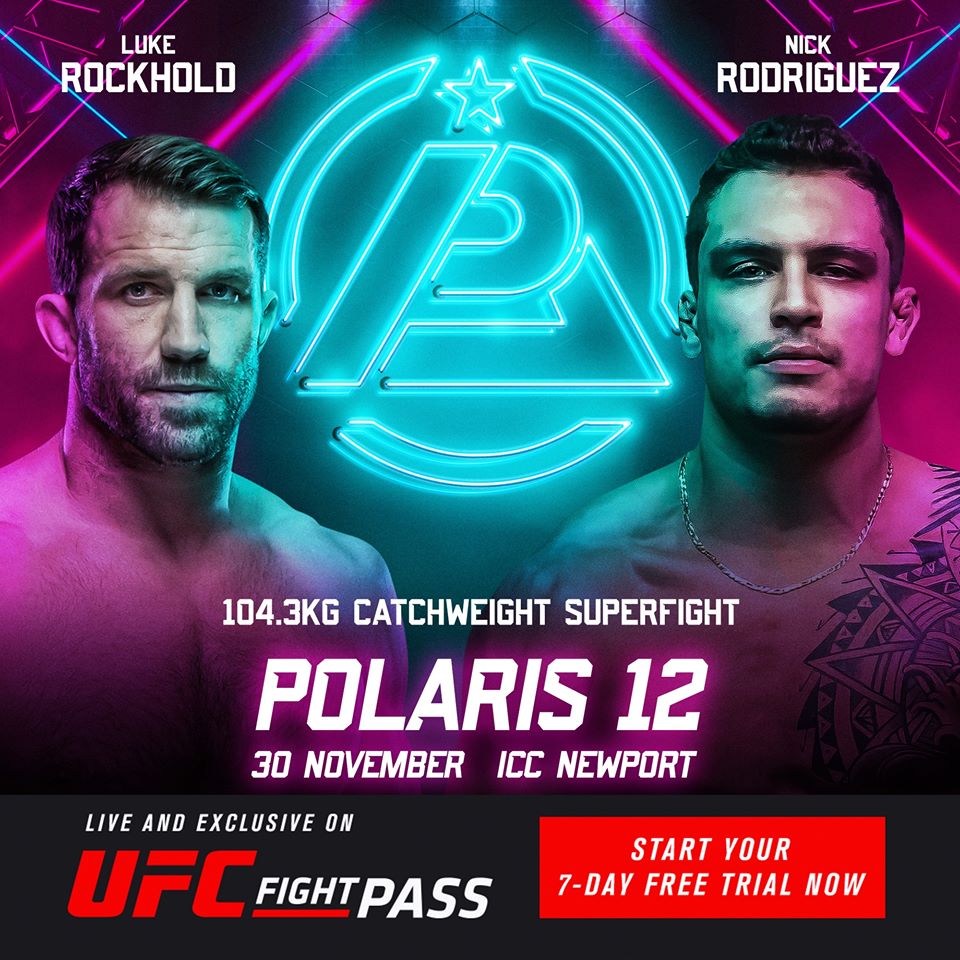 As Nicky Rod’s stock continues to rise in the Jiu-Jitsu world, this match will only make him even more popular.

This time the New Jersey-born purple belt will be going up against decorated UFC veteran Luke Rockhold. A match with an explosive fuse that should result in a lot of fun.

Both of these competitors will refuse to sit to guard meaning this is going to be an attritional war until someone gets double legged through the mats. 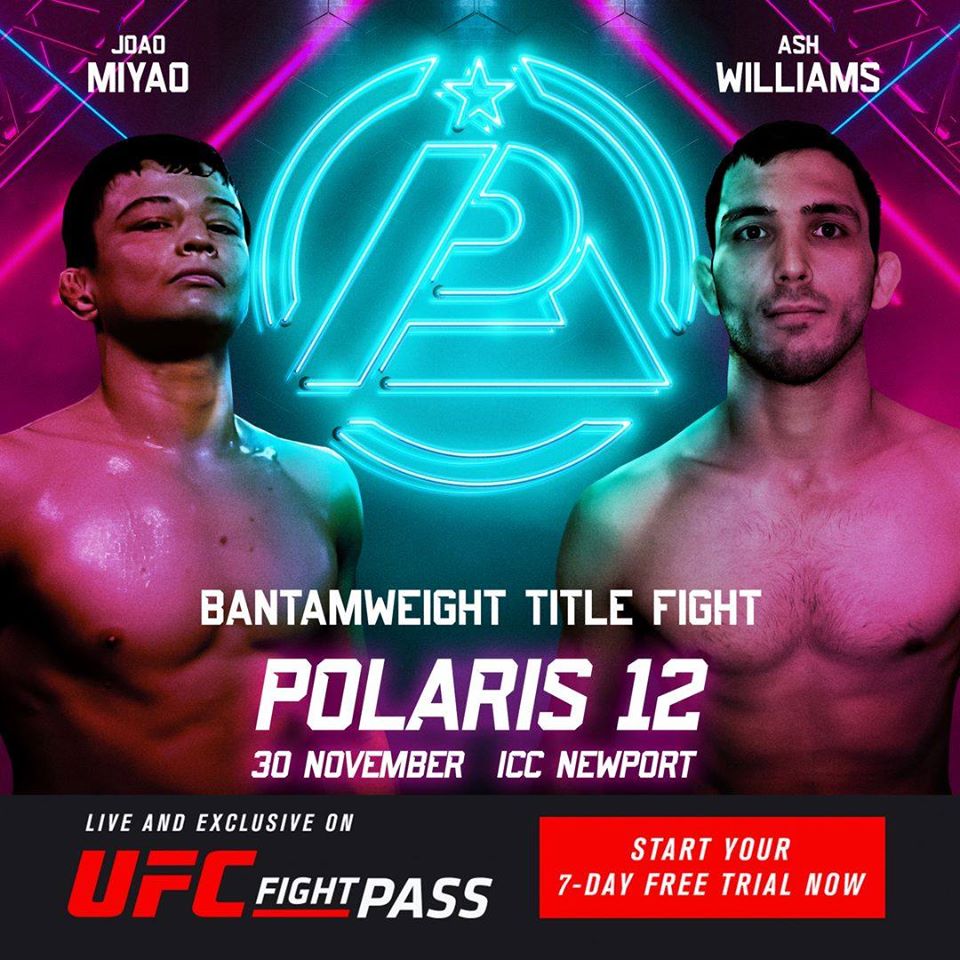 Saving possibly the best until last, this Bantamweight Title match has the makings of a Polaris classic.

Ash Williams, I back on the hunt for the Polaris title at a higher weight class than his previous outing, however, there is a formidable Brazilian by the name of Joao Miyao standing in his way.

These two have fought once before on Kasai, where the match resulted in a draw between the two competitors. Both competitor’s leg lock game has come on leaps and bounds over the last few years so expect a scrambly leg lock match between the two, however, Miyao’s notorious refusal to tap might make this a difficult night for Williams.

A Polaris finale worthy of a title fight. 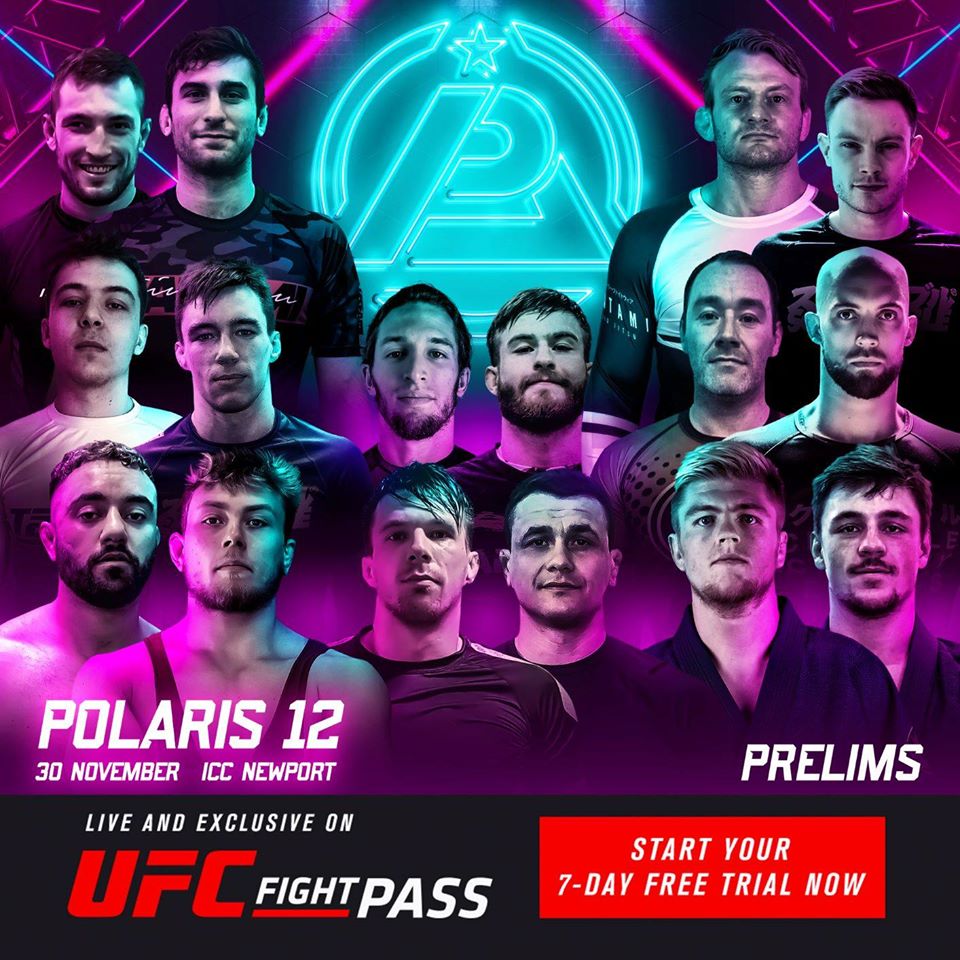 Polaris 12 returns with another stacked preliminary card featuring some of the best grapplers the UK and world have to offer.

Other standouts include newly promoted black belt Liam Cann and his Scramble Academy teammate Fred Greenall, who both had very impressive wins over tough competitors at Polaris 11.

In a format which has recently seemed a bit tired, Polaris is really pulling out the stops to lift the submission only format out of a recent slump.

Polaris 12 is held at the ICC Wales on the 30th November, you can buy your tickets here or watch it live on UFC Fight Pass.