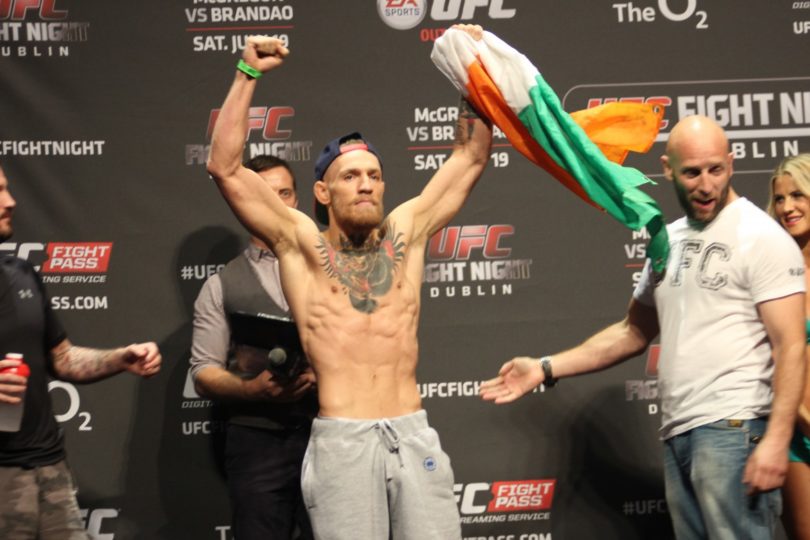 On November 12th 1993 the world of combat sports was forever changed. The Ultimate Fighting Championship, more affectionally known as the UFC has been at the spearhead of one of the fastest-growing sports in modern history, Mixed Martial Arts, also known as MMA or Cage Fighting.

Since it’s early days the UFC has promoted fights in more than 22 countries on six continents and has made fighters such as Conor McGregor, Khabib Nurmagomedov and Ronda Rousey household names.

However, before the UFC there was Vale Tudo, which was a no-holds-barred fighting promotion held in Brazil, which claims to be the roots to modern MMA, however, the UFC catapulted it with its octagon-shaped ring and chainlink fence replacing the ropes.

But it wasn’t until 1997 weight classes were introduced to Mixed Martial Arts, up until then, bouts had no maximum or minimum weight limits. This can be demonstrated at UFC 3 when the 200lb Keith Hackney defeated 6’8″ 600lb sumo wrestler Emmanuel Yarborough via TKO.

At UFC 12 in Alabama weight classes were simply divided into lightweight and heavyweight, a small change to weight divisions but a significant moment in the sport’s history. A year later at UFC 16, the UFC introduced a third weight class and it progressed from there.

In a move to make the sport more legitimate the “Unified Rules” of MMA were established by the state of New Jersey, in those rules were the first weight divisions for men, female weight divisions wouldn’t come until many years later. 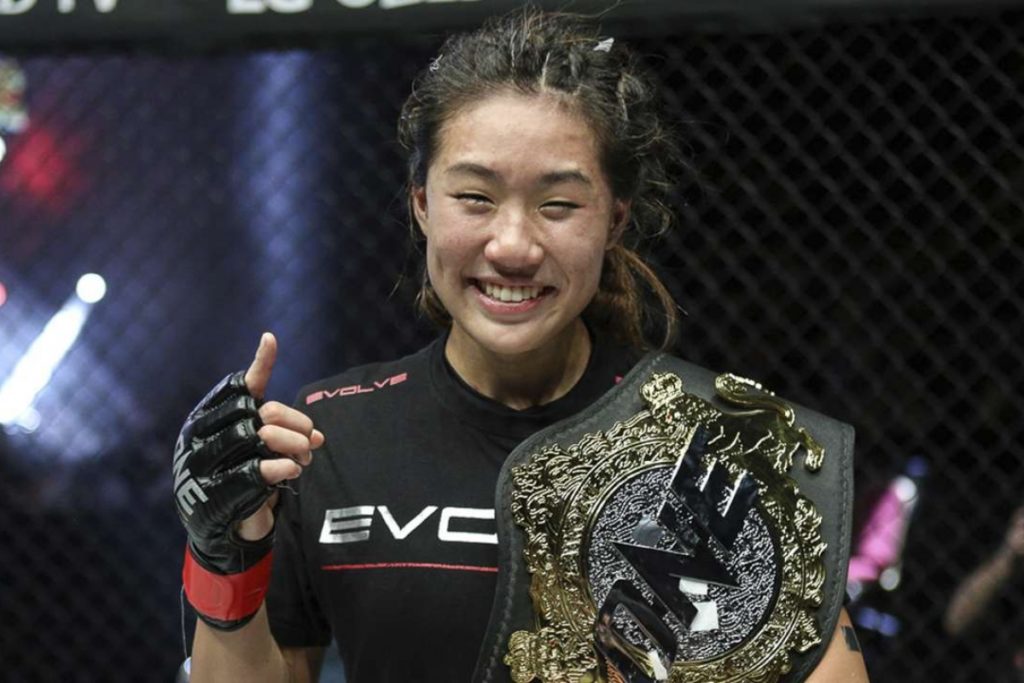 The atomweights are widely regarded as the lightest weight classes in Mixed Martial Arts coming at a maximum weight limit of 105lbs. The atomweight division is not defined by the Unified Rules and is a female-only weight class. Currently, the UFC doesn’t have a flyweight division, however, it is recognised by organisations such as Invicta and One FC.

One of the most notable Atomweight fighters currently is Angela Lee, who is the champion at One FC with three title defences. 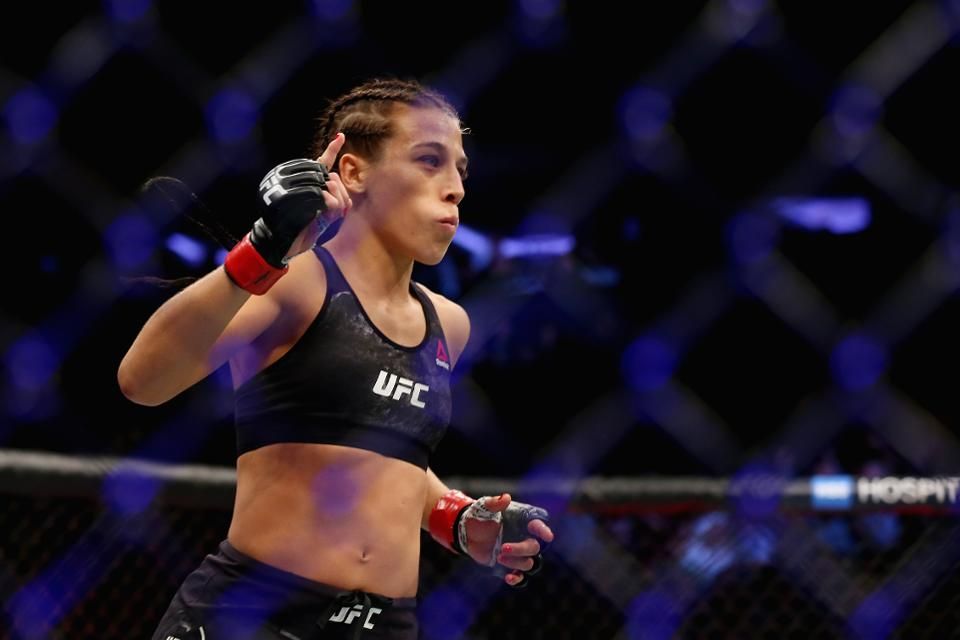 Strawweight is the first of the recognised female weight divisions by the UFC. The division first debuted in the all-female season of the Ultimate Fighter in 2013.

One of the most familiar fighters in the Strawweight division is Joanna Jędrzejczyk who was the champion from 2014 to 2017 until she lost her title to “Thug” Rose Namajunas. 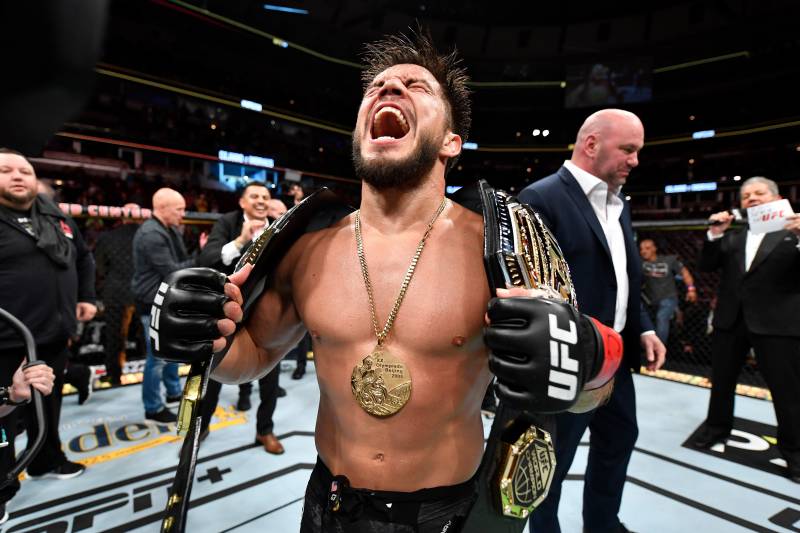 The flyweight division is the first weight division for both Male and Female. The interesting thing about the Unified Rules is that both males and females adhere to the same weight limit.

The flyweight division was first defined by the Nevada State Athletic Commission and was later recognised by the Unified Rules for both male and female competitors.

Some of the most notable fighters for the flyweight division is the current UFC champion and Olympic gold medalist Henry Cejudo. Henry won the flyweight title after defeating one of the best pound-for-pound MMA fighters in the world Demetrious Johnson, who now fights for One FC.

The current Female UFC Flyweight champion is Valentina Shevchenko who won her title in 2018 after defeating Joanna Jędrzejczyk at UFC 231. 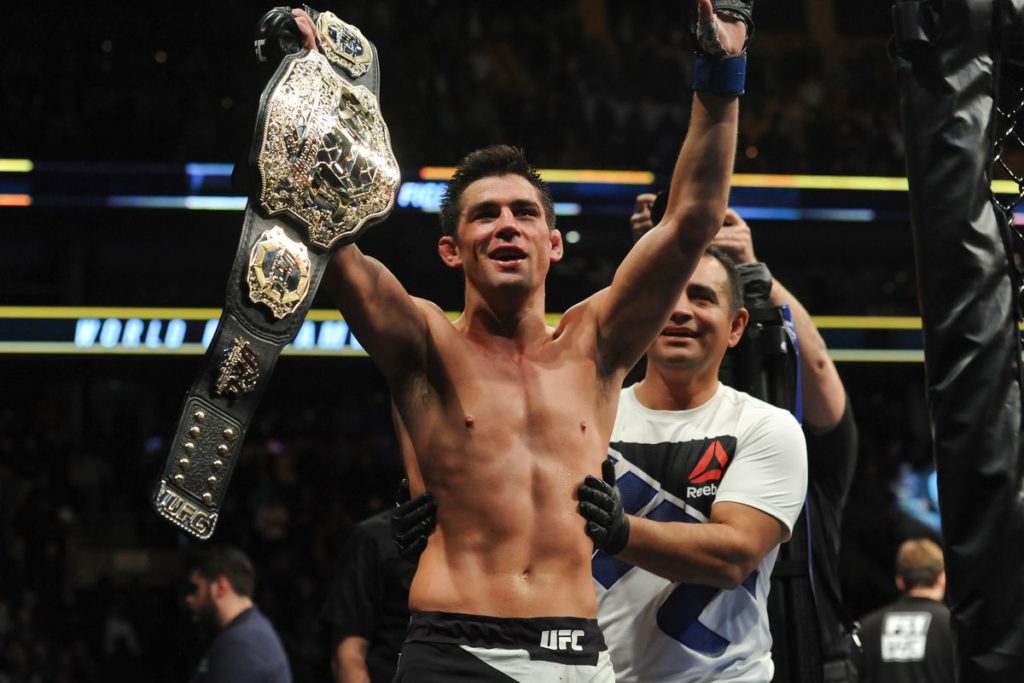 The bantamweight division consists of fighters weighing between 125 and 135 lbs, officially. However, some promotions have their weight classes for this division, such as King of the Cage who allows fighters who weight up to 145lbs into the division.

Dominick Cruz is one of the most successful Bantamweight fighters in MMA, where has held the twice and successfully defended it three times before losing it to Cody Garbandt.

The female weight division was dominated by Ronda Rousey who would go on to be champion for three years before she would eventually be defeated by Holly Holm and that infamous head kick at UFC 193. Unfortunately, her MMA career would never get back on track after suffering a second defeat against Amanda Nunes. These days Ronda resides in WWE.

The current female UFC bantamweight champion is Amanda Nunes, who won her title back in 2016 after defeating Misha Tate via Submission and has had an incredible four defences of her title. 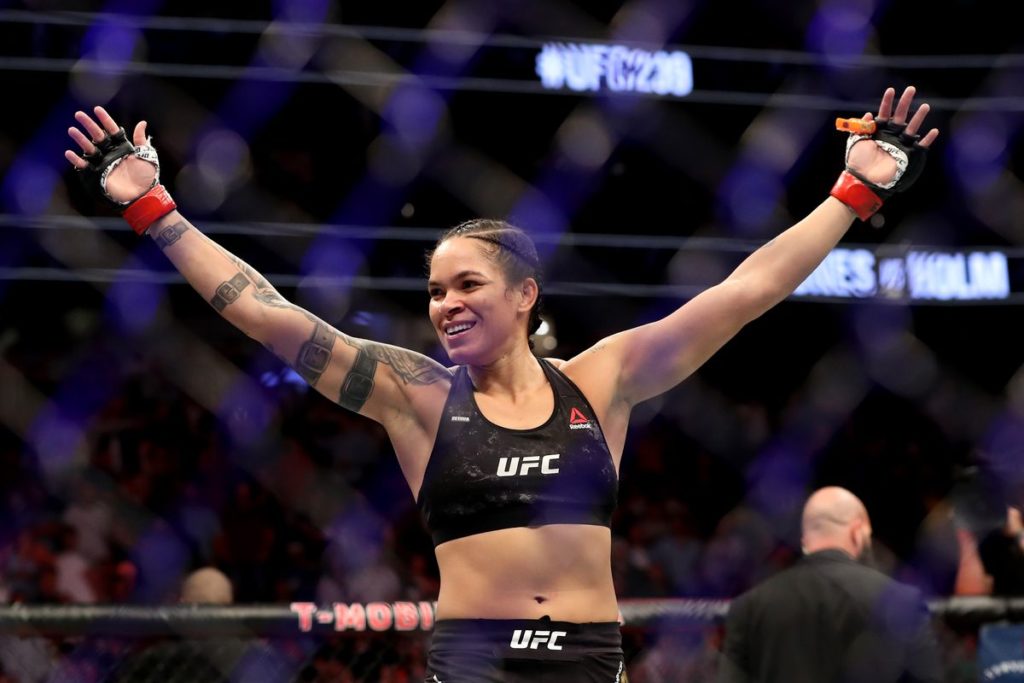 The featherweight division in MMA maybe one of the most famous divisions thanks to one man, Conor McGregor. This division would be put on blast after McGregor devastated the champion Jose Aldo with an incredible first-round finish.

Featherweight is also the heaviest female weight division recognised by the Unified Rules. This division was dominated by Cris Cyborg Justino until she was defeated by the current female Bantamweight champion Amanda Nunes to become the first female double champion.

The current male featherweight champion in the UFC is Max Holloway who defeated Jose Aldo in 2017. He currently has three title defences. 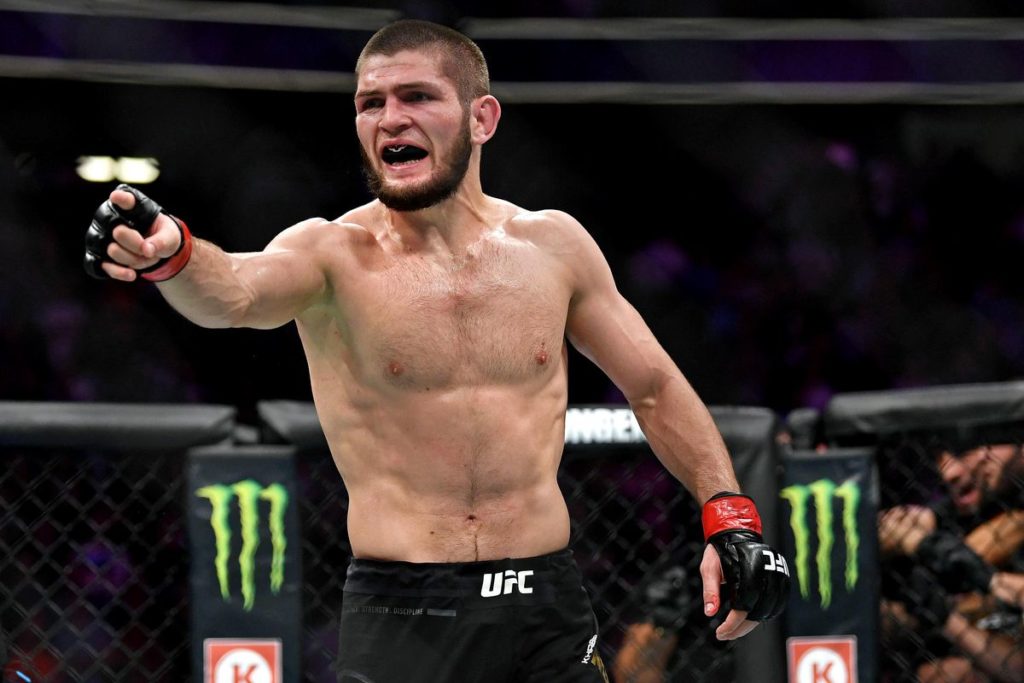 The first male-only division in MMA is the lightweight division which consists of fighters weighing between 145 and 155lbs. This division was also dominated by the Notorious Conor McGregor, but his champ-champ reign was snubbed out by the current UFC lightweight champion Khabib Nurmagomedov. 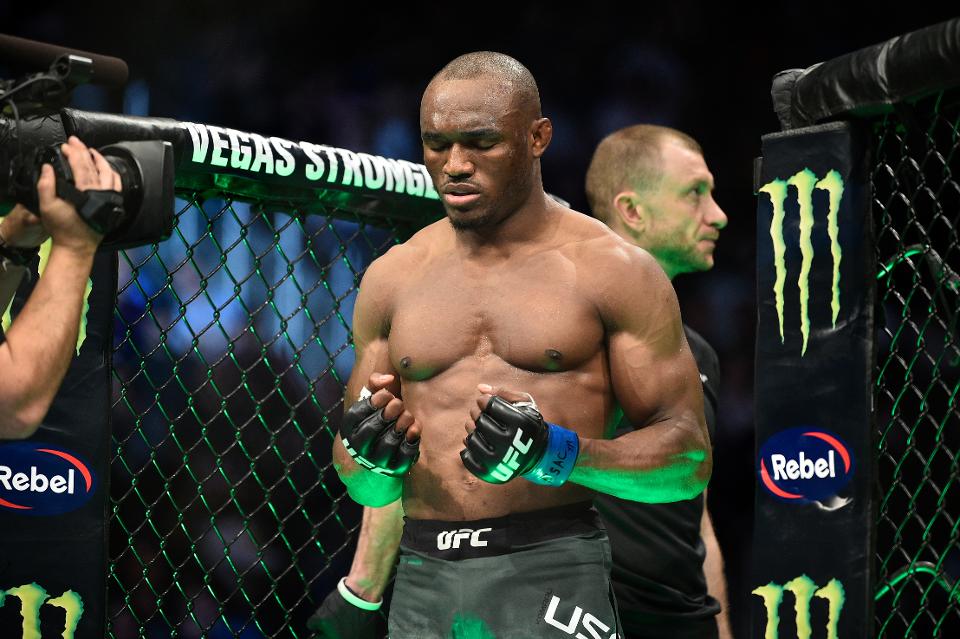 The currently welterweight division features fighters between 155 and 170lbs and one of the most dominant fighters in history at this weight class is the legendary Georges Saint Pierre who held the UFC title from 2008 to 2013.

These days the division is held by Kumaru Usman who won the title over Tyron Woodley at UFC 235. 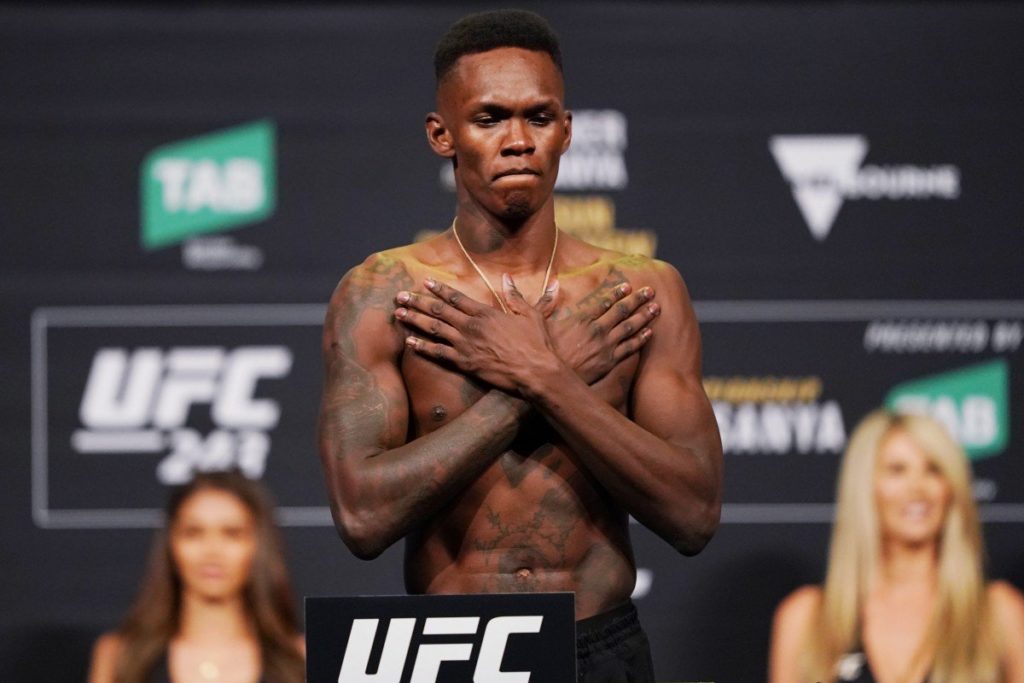 The current Unified Rules classification for Middleweight are fighters between 170 and 185 lb, fun fact the PRIDE welterweight division was merged with the UFC middleweight division after the UFC bought the organisation.

One of the most recognisable fighters at the middleweight division in MMA is the great Anderson Silva who held on to the UFC title for five years. 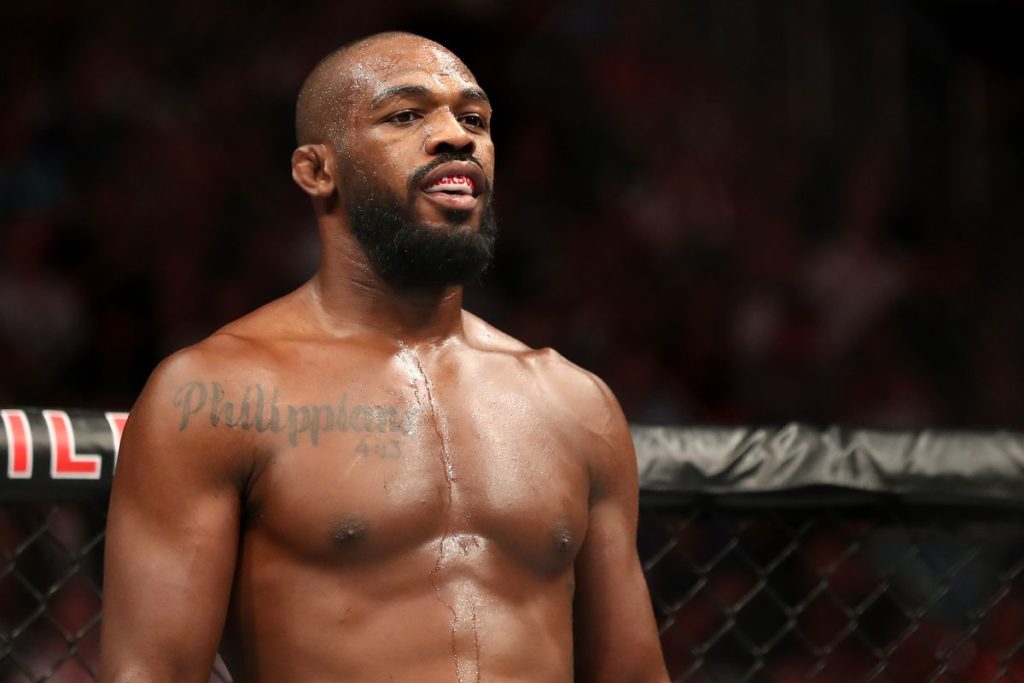 This was the weight division of some of the biggest names in MMA such as Chuck Lidell, Frank Shamrock and Tito Ortiz. However, this division is now ruled by the controversial fighter Jon Jones, who is the current UFC champion. 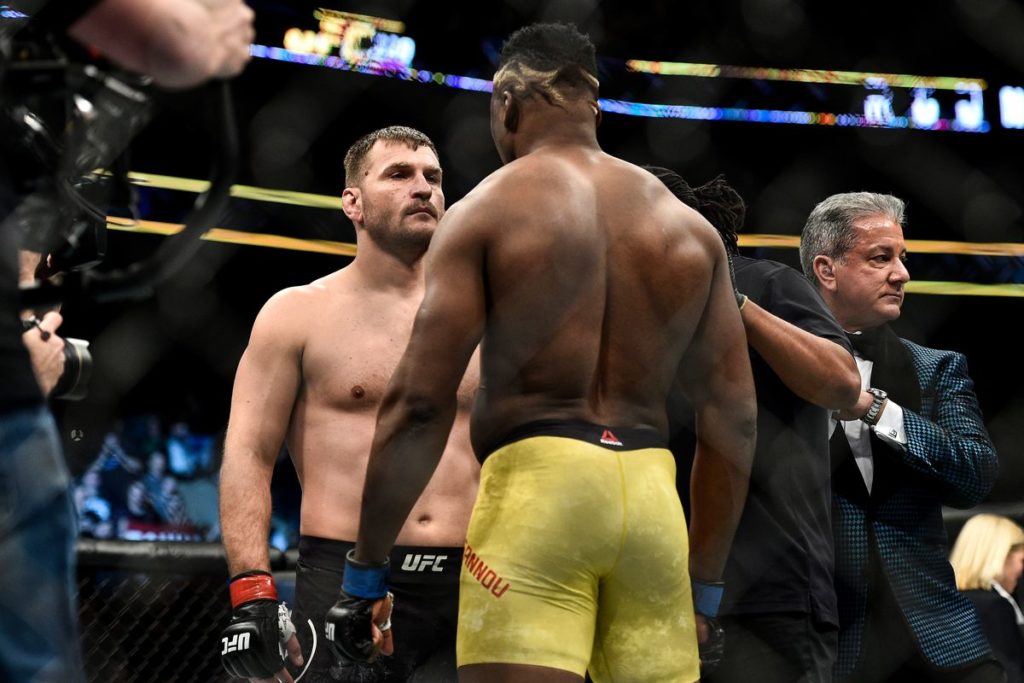 The heavyweight division is the final recognised division in the UFC and features fighters who weigh between 205 and 265 lbs. 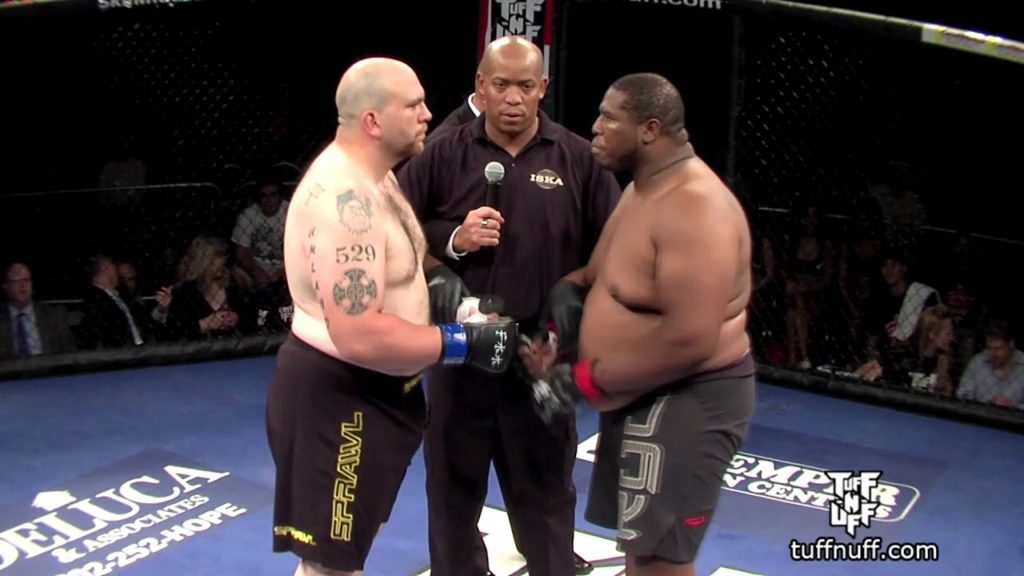 The final recognised MMA weight class is the Super Heavyweight class. This division isn’t currently contested in the UFC however there are a few organisations which feature bouts in this division