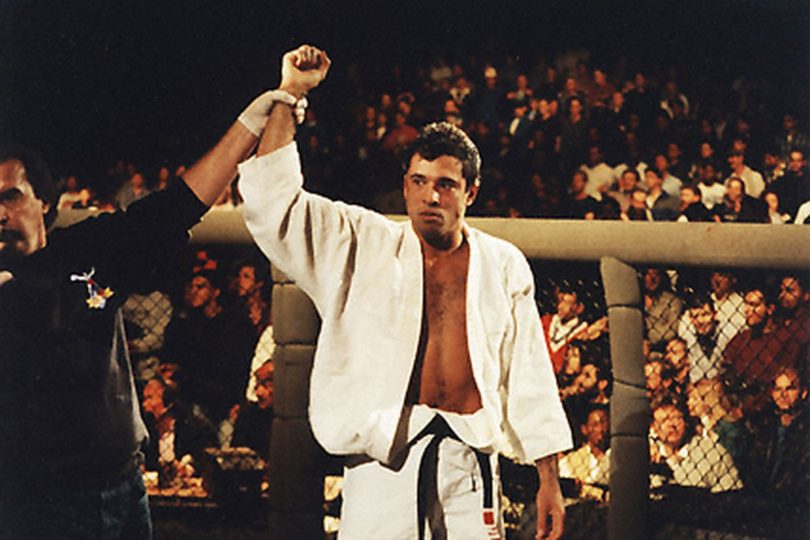 No worries if you don’t recall a seemingly random date from 26 years ago. Maybe you weren’t even born, or were far too young to remember.

Or perhaps you were one of the 86,000 pay-per-view watchers getting in on the ground floor of a revolution. You certainly remember the occasion if you were among the 7,800 in attendance at Denver’s McNichols Sports Arena.

UFC 1 and the Birth of BJJ As We Know It

November 12, 1993, was the debut event of the UFC. Yes, UFC – the very first MMA card under the Ultimate Fighting Championship brand.

It was also the evening Royce Gracie exposed an American audience to BJJ, en masse.

Of course, the Gracie clan is now synonymous with BJJ and its international popularity with both practitioners and fans. But in that watershed moment, it was Royce alone who single-handedly put BJJ on the map by introducing the sport to martial arts enthusiasts.

Royce swiftly defeated three opponents by submission, including Ken Shamrock, on the way to winning the eight-man tournament and $50,000 top prize. He was also the winner of UFC 2 and UFC 4.

Royce spent another 20 years as an active fighter, he was fittingly inducted into the UFC Hall of Fame (along with Shamrock) as the first class in 2003. MMA journalist Ariel Helwani confirmed Royce’s retirement from competition in November 2013.

Naturally, Royce racked up some serious accolades during his two decades at the forefront of MMA. He holds records for the longest-lasting fight in UFC history (a 36-minute bout with Shamrock at UFC 5), most tournament wins and most fights in a single night (four, tied with Patrick Smith).

Royce was Black Belt Magazine’s competitor of the year in 1994 and received a Lifetime Achievement award at the World MMA Awards in 2013. 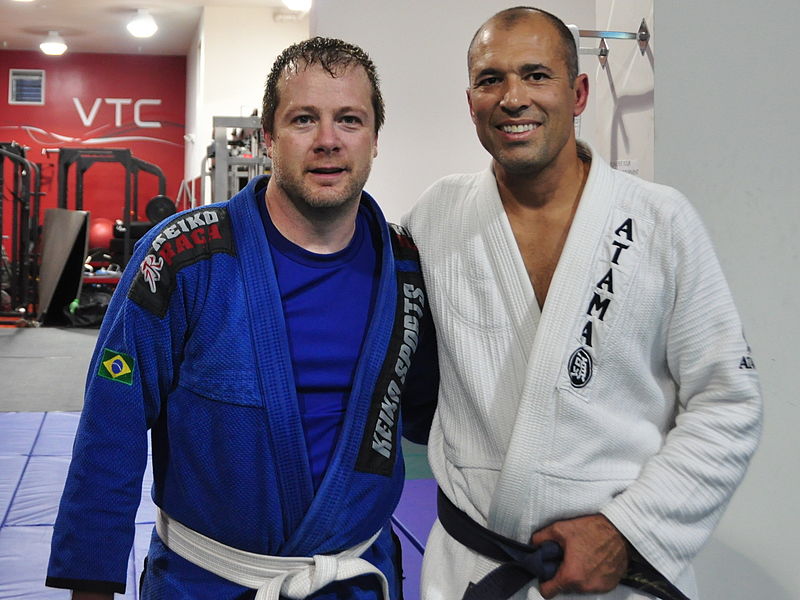 Although he may no longer fight at the center of the Octagon, he’s still a prominent fixture in the worlds of BJJ and MMA. Royce is currently a brand ambassador of Bellator MMA, a job he’s held since 2014.

The role, which came as a personal invitation from Bellator president Scott Coker, puts Royce on the road showcasing BJJ for longtime fighters and newcomers at traveling seminars. He also appears at autograph signings, promotional events and just about anywhere Bellator is expanding its footprint.

It was a sentiment the legendary fighter echoed at a recent Bellator seminar in Hawaii. Royce gave attendees some insight into his BJJ philosophy while appearing at the Blaisdell Center in Honolulu, alongside Bellator flyweight champion Ilima-Lei Macfarlane.

He advised seminar attendees that BJJ is about more than self-defense, while crediting the sport’s ability to instill practitioners with confidence and a healthy lifestyle.

Royce and Macfarlane also led dozens of BJJ practitioners through a high-energy demonstration of maneuvers and drills.

Royce has always been more than just an MMA fighter. The decision to showcase him at UFC 1 was a deliberate call made by the Gracie clan. Royce’s brother, Rorion was one of the UFC’s co-founders and their father selected Royce to represent the family in the debut tournament because of his medium size.

“If we put a bigger brother it wouldn’t be as impressive. That’s what my father thought,” said Gracie. “If we put a smaller brother or cousin, he could’ve done the same thing, but it might have taken a little longer.”

Royce Gracie is a timeless influence in BJJ and remains one of MMA’s greatest ambassadors. And we’re thrilled that he’s still out there bringing global attention to the sport we love.