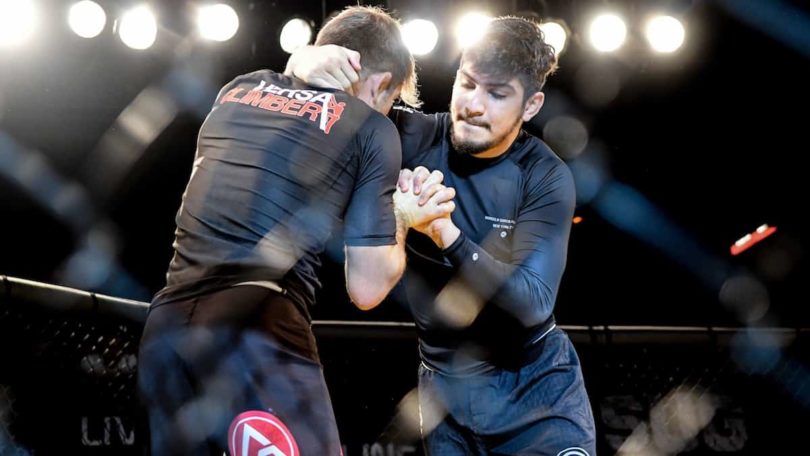 Taking to Facebook last night during an intermediate stopover Aj Agazarm decided to an impromptu Facebook Live Q&A with his followers.

What recently came to light, according to Agazarm, is that Danis apparently declined an MMA fight with him at Bellator, opting to keep his options open. At this moment in time, no opponent for Danis has been announced, however he is apparently due to make his appearance at Bellator’s first NYC show since the sport became legal in the state.

Other highlights included a few options for a potential fight at Polaris 5, with EBI veteran Ashley Williams being suggested. This would be an exciting matchup especially after Agazarm beat Williams by points at the recent IBJJF European NoGi. Agazarm also waved off any questions regarding his knee injury at the hands of Garry Tonon, citing it was merely hyper extended and that he has had over 30+ competitive matches since the Fight 2 Win bout.

People also wanted to know, how the hell does he manage to wear headphones with those ears?!