BJJ vs Lutre Livre – A History of Brazil’s Grappling Arts 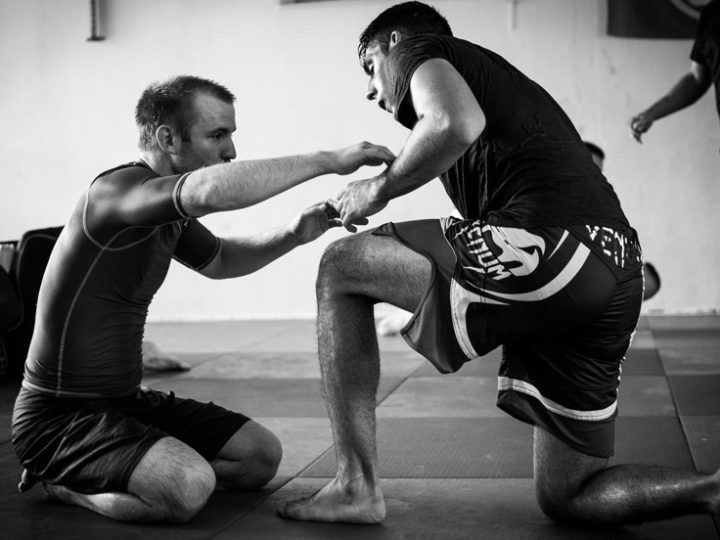 Luta Livre is the Brazilian martial art of wrestling. And if you already follow this site, you really don’t need an introduction to BJJ. Over the years there has been a lot shared between these two sports and in this article, we’ll look to give you information about the general history of Luta Livre and its rivalry with Brazilian Jiu-Jitsu.

The History of Luta Livre

The Portuguese translation of Luta Livre means “Wrestling”, however a direct translation of each individual word is “Luta”, which translates to “Fight” and “Livre” which means “free” in Portuguese.

Luta Livre is a style of Brazilian Catch Wrestling and was created by Euclydes “Tatu” Hatem back at the beginning of the twentieth century. Interestingly is started around the same time as Brazilian Jiu-Jitsu.

Roberto Leitao is one of the greatest minds of Luta Livre. He used his knowledge of engineering and mechanics (he was a university professor) to develop Luta Livre’s techniques. And what is interesting again is the fact that, like Helio Gracie, he was not very strong physically either. This has led him to invent new techniques and refine old ones so that they can now be applied with more force than before. To this end, the development of Luta Livre was very similar to that of BJJ. After years of research and dedication to the subject, Leitao published what is called Luta Livre’s theory.

Over time, Luta Livre fell into the background and never reached world popularity like Brazilian Jiu-Jitsu. There are several reasons for this. The first is that Luta Livre has not succeeded in creating a true champion who would transcend different martial arts and popularize the name Luta Livre. The second reason is that, over time, the BJJ guys began to implement more and more no-gi techniques. Over the years many popular no-Gi tournaments have been created, such as ADCC, for example. Luta Livre’s speciality is no-Gi. Thus, when BJJ entered the world of no-Gi, Luta Livre began to lose its competitive advantage.

Ultimately, what we think is the reason Luta Livre fell from being an applicable part of MMA is that the practitioners wanted to know everything about something – that is, they used the Jack of all trades approach. They were good all around, but they were not exceptional in any particular field – unlike the other martial arts of the day.

As a system of techniques, this martial art is above all a wrestling art. This means that grappling and submissions are strongly favoured. However, strikes are also involved and can also be used to stop a fight. The striking part is similar to various techniques based on Muay Thai.

As we have already mentioned, Luta Livre and BJJ developed during almost the same period. But there are several important differences between them. First of all, at first, BJJ practitioners strongly favoured the Gi and more or less mocked the no-Gi in the beginning. Obtaining a Gi was also considered a status symbol because the poor could not buy one. In this sense, Luta Livre was considered by some as a martial art designed for the poor who do not have the means to purchase a Gi. Luta Livre only uses Gi-free techniques.

Moreover, unlike Luta Livre, BJJ does not use any striking techniques. These two distinct martial arts are used in the MMA world and are combined with strikes to win a fight. But only Luta Livre uses techniques that use striking and the ground and pound.

Many people would say that, despite these main differences, Luta Livre and BJJ are very similar. And we can certainly see where it comes from. Both are grappling arts that promote the use of wrestling and submission techniques. However, if there is one essential difference to mention, it is what one of Luta Livre’s main architects said at the time. We are talking about Roberto Leitao’s notorious statement about Helio Gracie.

He thought Helio Gracie was wrong to think that to beat his opponent, you need all the weight you need and that size and difference in strength didn’t matter. Thus, according to Leitao, one of the fundamental principles of the philosophy of sport was that strength was as important as technique. This goes against Helio Gracie’s above-mentioned theory that leverage is king and force is not as important.

Finally, we mentioned the fact that, although both are grappling and submission arts, L.L. practitioners focus on leglocks, unlike their rivals, the BJJ practitioners. Some BJJ schools around the world make fun of the idea of leglocks even nowadays – although it was not as pronounced as it was then.

Back in the day there were a number of Luta Livre vs BJJ competitions. Let’s have a look at some of the more famous ones.

This is one of the most important battles that considerably increased Luta Livre’s popularity compared to BJJ. In this fight, Luta Livre’s founder, Euclydes Hatem, defeated one of BJJ’s main competitors of the day – Gorge Gracie.

It was also a very important battle between the practitioners of these martial arts. Rickson Gracie needs no introduction as he is currently considered a BJJ legend – and, according to public opinion, he is the best of all the Gracies.

It wasn’t a competitive fight, to be fair. It is said that Hugo Duarte insulted Rickson’s family. Rickson challenged Hugo on a beach and the ensuing fight was recorded by a random tourist. The fight ended when Rickson mounted his opponent and ensuring ground and pound made his opponent gave up. The recording of this fight was then used for marketing purposes for BJJ by the Gracie family.

This is the most infamous of all Luta Livre vs BJJ fights. And the reason is that the fight started but never ended. Instead, there was a massive riot throughout the area where the fight took place. There was a lot of rivalry between the BJJ practitioners and the Luta Livre practitioners of the time.

And the battle between Renzo Gracie and Eugenio Tadeu is the highlight. The fight started like any other fight – according to the rules of the fight. Renzo Gracie was 5-0 in MMA at the time. He took the lead on the first lap by crushing the ground and beating the riding position and almost managed to finish the fight. But Tadeu persevered and, as Renzo began to get tired, he claimed the initiative. But the fight never came to an end.

The reason for this is that Luta Livre fans and supporters started to enter the ring and hit Renzo Gracie. The referee had to stop the fight immediately. After a few blows, hell broke loose in the arena and there was a big fight between the fans.

Shortly afterwards, the lights went out and someone fired gunshots into the air. This concluded the infamous event. This fight is considered one of Luta Livre’s worst fights against BJJ because, after that, the authorities banned the MMA in Brazil for more than 10 years, which considerably darkened its development and the rise of its popularity. 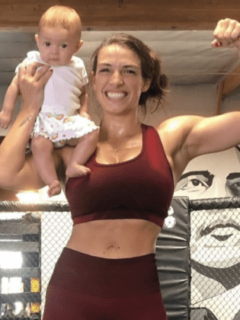 Previous
Mackenzie Dern Returns to The UFC This Weekend 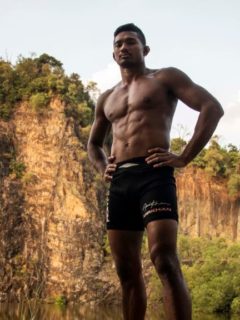 Next
BJJ and the Ketogenic Diet
Comments are closed.