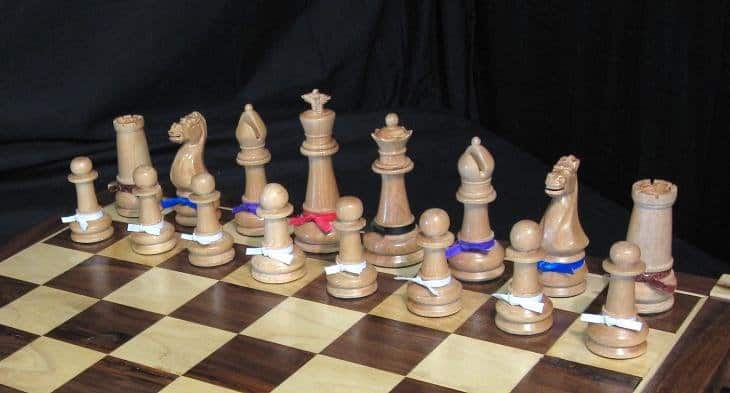 The popularity of BJJ has been on a steady rise over the years, thanks to the growing audience of MMA. Typical Brazilian Jiu-Jitsu jargon such as the “Triangle”, “arm bar” and “Rear Naked Choke” have even become common vocabulary, even among non-practitioners.

But there’s more to BJJ than meets the eye, it’s not just a group of guys rolling around shorts or Pyjamas. Here are 9 reasons why beginning BJJ may be one of the best decisions you’ve ever made.

It is one of the most potent, real-life fighting systems on the planet

In 1991 a study by the LAPD showed that 95% of street fights end on the ground. So the techniques you learn in Brazilian Jiu-jitsu, which focuses on taking your opponent down to the ground and keeping them there, enables you to attack or get into a more dominant position. This gives you the upper hand at all times in a real-life self-defence situation. Don’t expect to be berimbolloing anyone in the street (even though a sweet back take in the street would be awesome), but those basics classed you attend could save your life.

It will be your second line of defence

In the event that you find yourself in a precarious situation, Brazilian Jiu-Jitsu is a great second line of defence in the case striking doesn’t work. As mentioned above, a street fight will most probably end on the ground, thus enabling you to incapacitate your opponent with submissions should the occasion arise. The stand up you learn in your takedowns classes will enable you to control the distance and take down your attacker with relative ease, then he’s in your territory.

Anyone can practice Brazilian Jiu-Jitsu

Anyone: women, men, and even children as young as four years old can practice Brazilian Jiu-Jitsu, even the handicapped. Because it is an art that is designed for a smaller, weaker practitioner to subdue much larger and stronger opponents, virtually anyone of any size, age or sex can start  Brazilian Jiu-Jitsu. That is why it is also such an effective art to learn for self-defence.

You can train for your entire life

Helio Gracie and other red belts, are the first people that come to mind when proving this point. Obviously, they train at their own pace, but it’s the gentle art and if you roll with the right people you can just continue training and enjoy the sport.

You can learn practical skills

BJJ is the perfect combination of a workout and learning self-defence skills, as the Gracies had shown decades ago. They also positioned BJJ to become one of the main components of MMA, giving practitioners that option. Additionally, assistant instructors in BJJ develop managerial and communication skills when teaching classes where they must run an efficient class within a certain time limit and efficiently explain techniques and their details.

It is a martial art that sharpens the mind

Also known as the “game of human chess”, BJJ practitioners utilise a lot of strategy and technique in order to beat their opponents. In fact, since the sport is so new, there are new techniques cropping up every week. So a student will probably come across hundreds of techniques and concepts in just a few years of training!

Gives you a confidence boost

One of the most stereotypical things you will hear from a salesman at a martial arts club, especially for a kids program, is that if you start martial arts, you will gain more confidence. Whether it’s for children or for adults, this is true. In the time it takes to go from white to blue belt, most practitioners face challenges that result in a confidence boost. This spawns from competing, paying due diligence for the next belt, learning to cope with larger opponents and effectively controlling dangerous techniques. Either way, a combination of these factors throughout the years develops a strong character and a new outlook on life.

Let’s face it – BJJ is the best workout because we exercise our entire body in one session and we burn copious amounts of calories. Think about all the times you’ve heard beginners tell you how sore they have been after their first few training sessions even though they have played so many other sports. Grappling based sports are easily the most challenging for the body.

One of the greatest benefits of beginning Brazilian Jiu-Jitsu is how your body changes without you realising it. Constant drilling sessions and sparring will certainly have an effect on your body! Because you’ve become so focused on learning new techniques, you don’t realise how much weight you’ve lost or how much flexibility you’ve gained in the process. Any workout that doesn’t seem like one is definitely a plus and that’s why I keep going back week after week

If you browse any jiu-jitsu enthusiast’s facebook profile, you will see that they have created strong bonds with their academy. BJJ is a team sport – no one can progress without partners and a dedicated instructor. Teammates often hang out outside of training; going for food, relaxing and doing other activities. Many people consider their teammates as family. The more you train, the closer you get to your peers and teacher. This is a side of BJJ that is seldom discussed but we all know that it’s something we truly appreciate in our sport.

It is one of the best bases for Mixed Martial Arts.

What do all BJ Penn, Ronaldo ‘Jacaré’ Souza and George Saint Pierre have in common? A black belt in Brazilian Jiu-Jitsu,. Anyone who has a solid base in Brazilian Jiu-Jitsu and is looking to get into the cage has the upper hand once the fight hits the ground. It’s a great defence against wrestlers with no training as well as strikers who aren’t as adept in the art. In fact, more fighters who aren’t as highly ranked in BJJ have found it necessary to learn how to defend it or prevent it from being used.

Sometimes you’re the hammer and sometimes you’re the nail. There are days when you feel like you’re at the top of the world and then there are some days where you wonder why you even bothered to attend class. Starting Brazilian Jiu-Jitsu exposes you to a roller coaster of emotions that not only makes you stronger physically but mentally and emotionally as well. You have to be ready to accept failure, learn from it and move on. Doing so determines how far you’ll succeed in martial arts.

It keeps you mentally sharp

When we are rolling, we need to adapt to different scenarios. There are no matches in jiu-jitsu that are exactly the same. There are many movements that can be utilised and it’s up to your ability to act the right way at the right time. The more advanced your opponent, the sharper you will need to be. So this is one of the greatest allures of BJJ, the human chess game – staying one step ahead of your opponent.

Whether you are a black belt or a white belt, Brazilian Jiu-Jitsu teaches you to accept that you will never fully become a master of your martial art of choice. Not only are there hundreds of techniques out there but there are also new ones being discovered every day. You then realise that the only way to improve is to continuously work on it every day and remind yourself that you have a lot to learn. By taking it one step at a time and acknowledging your achievements, who knows how far you’ll go?

It keeps you humble

We often hear people recounting their earlier experiences when they began BJJ – about how they got dominated by someone smaller and as a result, committed to training. This humbling experience is the major eye-opener for beginners and the fact there is always going to be someone out there that can crush you keeps us in-check – a great lesson in life.

The lessons you learn on the mat can be applied to your daily life.

The more you train Brazilian Jiu-Jitsu, the more focused you become on the bigger picture; an important lesson you learn on the mats. Now, nothing can faze you. Whether it’s stress from work or being dumped by a boyfriend or girlfriend, you realise that some things aren’t worth beating yourself up over, giving you an edge over those who aren’t used to experiencing duress on a daily basis.

So whether it’s to learn self-defence, the start of a new hobby or wishing to further your martial arts journey, there’s no doubt that Brazilian Jiu-Jitsu is a beautiful art that is accessible to anyone. From its countless lessons to its physical benefits, it becomes clear: the more you train Brazilian Jiu-Jitsu, the more you realize that it is more than a martial art – it’s a lifestyle.