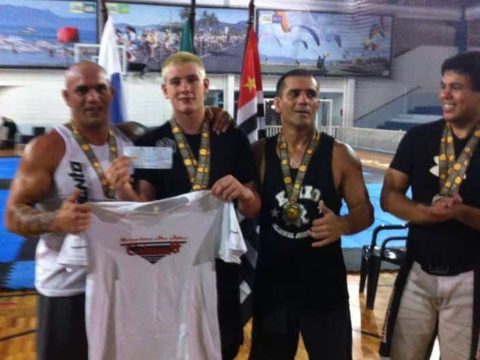 We caught up with River and asked him a few quick questions about what it was like to be the small fish eating all the big fish in the pond. 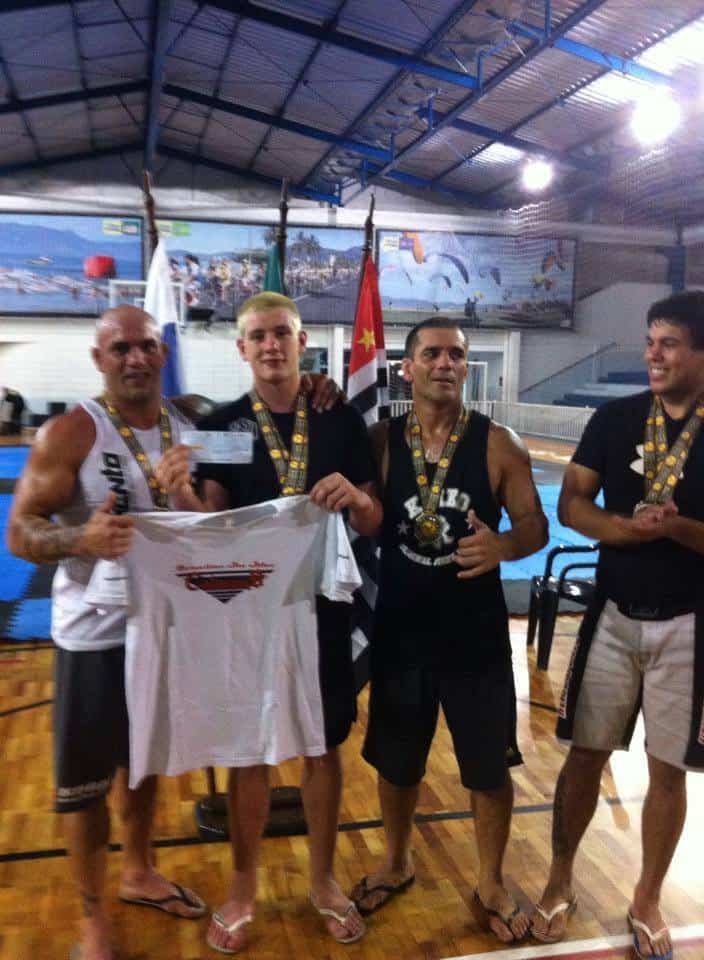 How long have you been training BJJ and where do you train?

I have been training BJJ for 3 and a half years now. I started at fourteen years old just about to turn fifteen, I’m now 18 and a blue belt under Dickie Martin at Carlson Gracie London.

Who’s idea was it to enter this competition?

The competition was called the CBJJE Summer Open, in São Paulo Brazil. I arrived here on Tuesday just after winning double gold at the UK Abu Dhabi Trials on Sunday. I’m here training and living with Claudio Calasans Jr, and he signed me up for the competition before I had even got there lol.

Can you please explain to the readers, how you actually managed to go from the advanced division belt division and win the professional black belt open weight category, that’s quiet an impressive leap!

It was a nogi competition so the categories were Intermediate (white & blue), Advanced (purple & brown) and Professional (Black). The intermediate division did not have an absolute and they wanted me to try to fight for the money. So I didn’t really have any say in it, they signed me up as Advance 79kg. But as I’m getting older I’m still growing I have got bigger recently so when I got there I had to change it to 85kg instead.

To enter the Professional Open Class, to win the prize of 1000 reals. You had to either qualify by winning your Advanced Category, or to be a Black belt to enter. Many people got turned away because they had done this.

I won my division so I was allowed to sign up for the Open Class. I went there with no pressure because I was almost expected to lose, this made me want it even more. Because I knew I had the ability to win, and I went out there and did it. 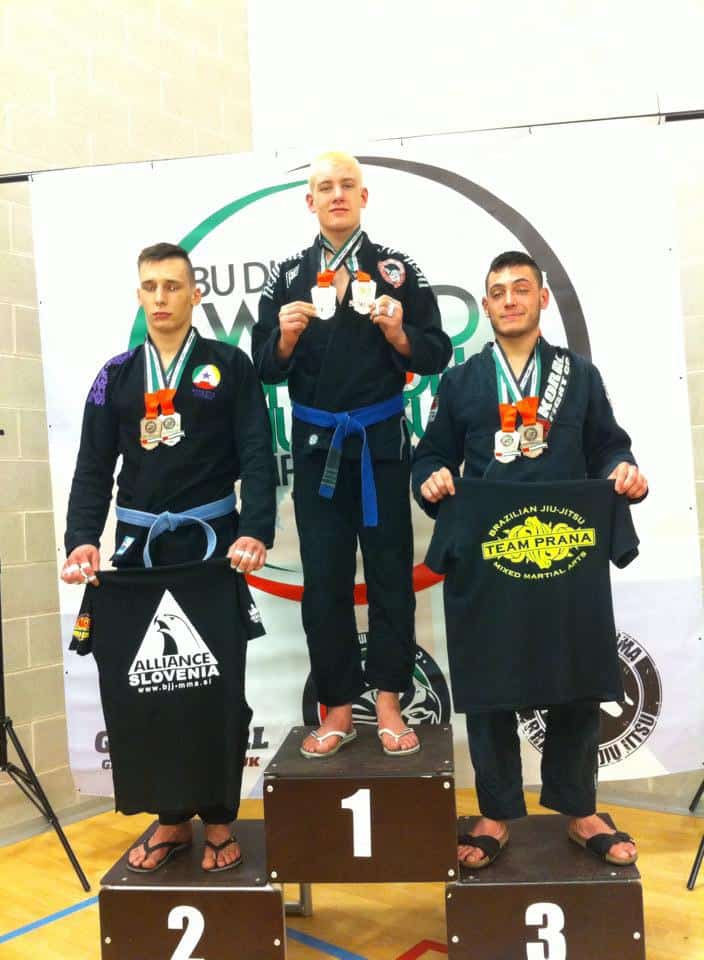 What was your most difficult fight?

My most difficult fight was the Semi Final of the Open Class. I think he knew I was a lower belt so everyone on his team was just shouting to attack my feet lol. But this made him vulnerable and I was able to take advantage of it because he got closed minded. I ended up winning the match 12-0, with two guard passes, a back take and knee on belly to score the points.

What are your BJJ goals for 2014? How are you going to top your already incredible achievement?

I have already forgotten about this tournament, its in the past and I’m just focused on what’s coming ahead. I have left my family in England to pursue my dreams, I will be Brazil until August this year. I’m training really hard and I’m extremely focused and ready for this year. My main competition goals for this year are Abu Dhabi World Pro and the IBJJF & CBJJE World Championships.

I would like to thank my family for there support, I couldn’t be doing this without you. My Carlson Gracie team in London, and Claudio Calasans! Also my sponsors AESTHETIC  for always supporting and funding my travels. And finally Richard for this interview, I appreciate it.

If you want to know or stay up to date with my competition achievements, and my training and travels. Then either follow or add me: 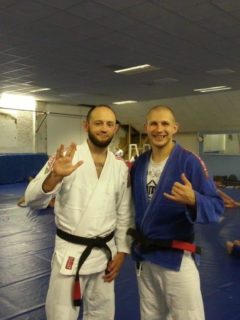 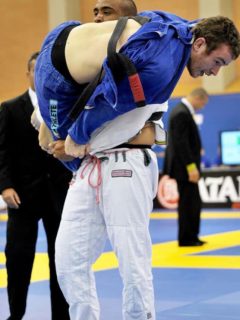