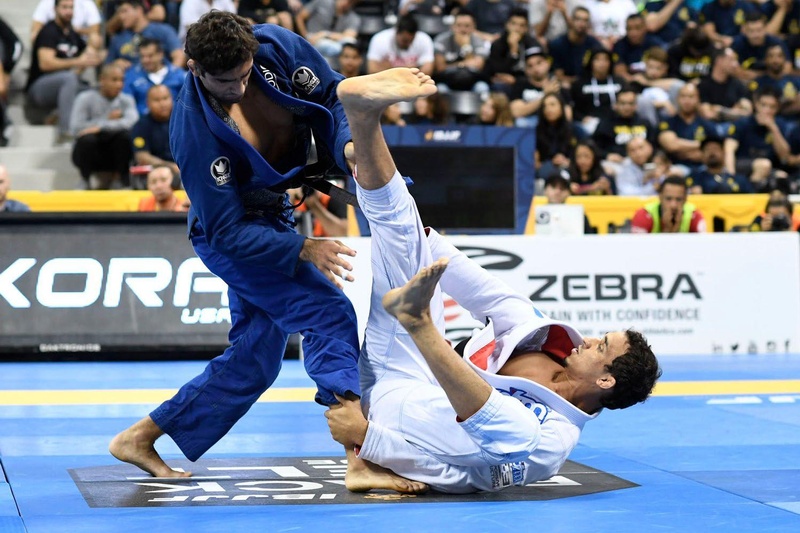 If you’re a Jiu-Jitsu fan and have been following the biggest social media pages of the gentle art’s athletes, you’ll know what I’m talking about: the hashtag #everydayporrada, which recently became a viral hit on social networks!

Only in May, #everydayporrada has been mentioned more than 28,000 times on Instagram feed alone, now much more! However, many people still do not know its real meaning or how the movement came about. Want to know more? Then read on…

How did Everyday Porrada come about?

In many ways, we can say that the explosion of #EverydayPorrada happened on May 5, 2018, in Longbeach, California at the AC BJJ Invitational.

To be more precise, after the super fight between Romulo Barral vs. AJ Souza, which saw Romulo won his match by submission. During the post-fight interview, Romulo used the phrase for the first time.

“The secret is to train hard every day. Everyday Porrada and nothing else! “

Quickly the hashtag #everydayporrada became a viral hit, and all over the internet, the hashtag was used in videos and training photos from fighters around the world. Names like Fabrício Werdum, Rubens Cobrinha, Fabio Gurgel and many others shared the hashtag. T-shirts were made by Romulo, which gave further strength to the movement.

What is Everyday Porrada?

The literal translation of Porrada in Portugese means to ‘Brawl’, not to be confused with Porra, which you should Google if you don’t know what it means (NSFW by the way). In terms of Jiu-Jits,u it means a hard, intense fight (or training), where everyone gives their best from start to finish.

So, Everyday Porrada really gives meaning to those who turn up on the mats, train hard without complaining, without making excuses, day after day. You may be tired, you may be injured. Your training partner may have had a difficult day and slept poorly, but none of that matters. When stepping on the mat, the idea of Everyday Porrada means you should give your best and exceed your limits every time.

This isn’t just something which happens at Romulo’s academy however, many of the top academies, such as Alliance, Brotherhood, Checkmat and Unity all subscribe to the same philosophy.

This was most noticeable at the 2019 I8JJF World Championships, a few days after the emergence of #everydayporrada, we witnessed countless moments worthy of the hashtag. One of them was Felipe Pena who, even with many injuries before and during the championship, became champion after fighting long hard wars.

Everyday Porrada off the mats

However, the spirit of Everyday Porrada is not restricted to competitions and not even to Jiu Jitsu. As the creator of the movement himself wrote in his Instagram, Everyday Porrada serves anyone and anywhere.

“Everyone in Brazil knows ‘porrada’ means ‘brawling’; I believe that’s the literal translation in English. And everyone uses the word for training hard = porrada. I will go a little deeper with that.

#EverydayPorrada means being intense in all aspect of life. On and off the mats. Is not only about training hard, killing yourself every day on the mats, it is beyond that. It is a lifestyle for tough people who don’t complain and make things happen in all aspects of their lives.”

If you give your best in life, work, study, play a company and build a family, all doing their best all the time, you are Everyday Porrada.

The idea goes far beyond hashtags on Instagram. Everyday Porrada is a way of motivating everyone who wants to achieve something in sport or life and pay the necessary price.