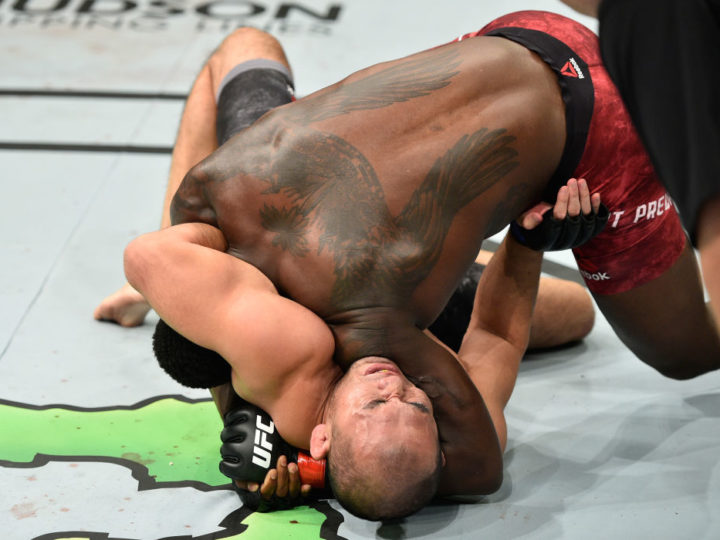 In most cases, BJJ seems very simple to the uninformed. Either you get the position, you apply one of a number of techniques and you have either done it or you are about to receive it. However, things are not that simple. In addition to the plethora of small details involved, BJJ is a matter of deception. Especially when two opponents are tied, skill-wise, the one who is most able to mask their actions and provoke reactions is the one who holds the upper hand. As such, BJJ is an art full of deceptively simple and devious techniques. One of these techniques is the infamous Von Flue Choke.

The originator of Von Flue Choke is MMA competitor Jason “Livewire” Von Flue (14-12-1). A veteran with seasons in UFC, WEC and Strikeforce, he came up with the strangulation in the octagon. His trademark move was pulled off on the big stage at the UFC – Ultimate Fight Night 3 event in 2006. Since then, the technique has gained popularity in both the MMA and Jiu-Jitsu scenes, primarily as the most effective way to counter a guillotine.

The Basics of The Von Flue Choke

The easiest way to describe the Von Flue choke is a top pressure control choke using shoulder pressure. In a basic side-control position, one shoulder of the superior grappler is usually close to the head of the bottom grappler. The usual positioning places the upper arm of the pair deep under the head of the lower partner, in the cross-face position. However, unlike the cross-face position, control and pressure are not the goal. For the Von Flue choker, the upper partner seeks to place his shoulder in the neck of the lower grappler by pressing on one of the carotid arteries. The final pressure is applied by lifting the rear and driving with your toes, as shown below:

It’s important to direct the pressure from the right angle, which is facing up from chest toward the chin of the opponent. The simplicity of the move is what leads to its high efficiency. The technique requires precise timing and correct positioning, but is easily accessible and can surprise opponents. The choke is strong from the start and takes almost no time before the opponent falls asleep.

Setting up The Von Flue Choke

When it comes to setting up the Von Flue Choke, there are two main ways of doing it. One serves as a counter-attack to the guillotine, while the other is an attack from the side control.

The most common way to apply the technique is to counter the e arm-in guillotine. When you are caught in the strangulation at the bottom, you should aim to get away from the side where your head is. This is important because going to the same side as your head will make you fall deeper into the guillotine. In order to properly prepare for the technique, you must make sure to reach your hand behind your opponent while you are circling around their body. Once you’ve got the position on your opponent, you’re already in the perfect place to apply the choke. Make sure you get the right angle before you sink into the opponent’s neck. This is how Renzo Gracie does it:

As a precaution, remember that the Von Flue Choke is only effective against the guillotine with the arm in. If you are caught in a high-elbow guillotine (aka Marcelotine), the throttle cannot be applied because you can’t place your shoulder on the opponent’s neck. In addition, getting stuck in half-guard while you are in a guillotine can also hinder your Von Flue choking attempt. The closed guard and the half guard can neutralize the position because of the distance created between your shoulder and the neck of your opponent.

Offensively, you can search for the position from the cross-face position in upper side control. Although this way of doing things is much faster than going around in your opponent’s body, it can also be more difficult. If the opponent is conscious and hides the neck, digging under the chin may take some time. Otherwise, the angle is off and the only thing you can accomplish is a hell of a lot of pressure against the face, but without strangulation. However, if the choke is done properly, it’s lights out for your opponent.

The New Kid in Town

The first time that Ovince Saint-Preux (22-10) finished a fight in the UFC via a Voke Flue Choke, he earned an honourable mention in every article on the subject of the choke. Achieving it three times, however, has made him the new face of the choke. In addition to an impressive number of Von Flue wins during the UFC, St. Preux can boast of two of these successive victories. It’s not surprising that the name “Von Preux” has been quickly adopted by fans. 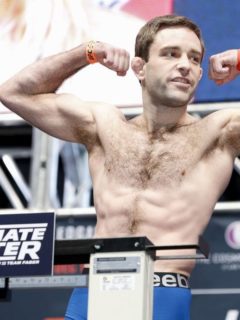