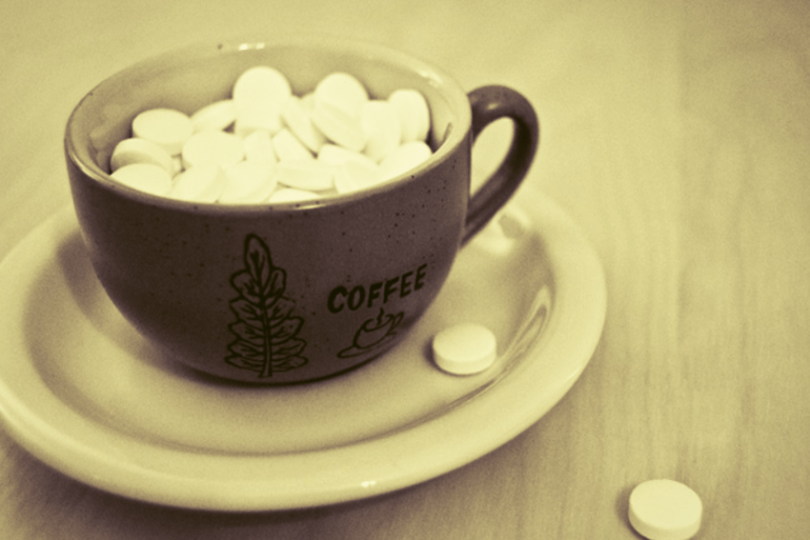 BJJ, MMA, boxing, wrestling and every other combat sports are not easy. If you’ve never trained in one before it’s hard to describe just how tough they can be. And not just physically tough either. A lot of it is a mental game. You sometimes just feel like you’re not with it.

Most people work a 9-5 job, or something with similar hours/similar timeframe. Which means most people that train have to train in the evening after work. After what is normally a long and gruelling, tiring day already. Even with the perfect diet and the perfect amount of sleep, it just sometimes isn’t enough.

You feel tired before you step on the mat. You’ve mentally told yourself a hundred times how tired you are so you’re already done and defeated before you even step on that mat.

What you lack is energy. Physical energy and mental energy. You need that something extra to give you some extra drive so you’re training sessions isn’t wasted. Many people drink coffee throughout the day due to the caffeine in it. This caffeine helps them wake up in the morning. It helps them be more focused and alert and it just simply gives them that extra drive I was talking about. That extra oomph to help them thrive, rather than just barely survive their day.

This is why caffeine pills are so important and can be such a massive help in your combat sports training. They really can make the difference between an awesome session where you’re switched on and fired up and a session where you just wished you stayed at home.

When people drink too much coffee, too many energy drinks or just simply too much caffeine, there can be a whole host on negative effects waiting for them round the corner. One such common issue is the jitters. Shaking and feeling anxious whilst training is not beneficial to your fighting journey. The ability to be calm and relaxed is paramount to improving and thriving in a BJJ environment.

ProLab have formulated their caffeine pills to provide you with all of the energy boosting effects of caffeine but without the anxiety and without the dreaded jitters.

This energy is also quick energy. You will feel the positive effects within 15 minutes of taking the pills; not like with coffee where you don’t know how quick or slow you’ll received the benefits from it.

One of the best things about caffeine pills is that you know exactly just how much caffeine you’re getting. If the pill says 100mg, then you’re getting 100mg caffeine. With energy drinks and coffee, it’s almost impossible to be this exact.

Each of these extended release pills gives you exactly 100mg of caffeine. The caffeine will be released slowly so that you don’t receive any harsh side effects of too much caffeine. This also means that the pills, and the positive effects, will last far longer than some similar products on the market.

The package contains 100 veggie capsules and Genius recommend that you take 1-2 capsules three times a day but not to exceed 6 capsules a day. This means that this container could easily last you longer than a month!

Nutricost offer this product in bottles of 120 capsules, 250 capsules and even a mammoth 500 capsules. At such a low cost, you’ll be hard-pressed to find a better deal than the 500 capsule tub. If used properly and responsibly, it’ll last you ages.

Unless you have a particularly high caffeine tolerance, 200mg of caffeine is a good amount. One or two capsules on the way to training and you’ll be foaming at the mouth to get on that mat and put in some work.

Nutricost care about your health and have done everything they can to make this product as safe and healthy and inclusive as possible for their customers. These capsules are non-GMO and free of all gluten. Making it the perfect supplement for those with particular allergies and sensitivities.

100mg per tab is a great amount to work with. As I’ve said before, one of the biggest benefits of using caffeine tablets over coffee or energy drinks is so that you can pinpoint the exact amount of caffeine that gives you all the benefits but without the multitude of drawbacks. 100mg is great because you can take a smaller amount, split a tablet in half even, and find that sweet spot for you. This will also help keep your tolerance low so you can get away with using less caffeine but still reaping all the benefits.

This product from Jet-Alert is incredibly safe; safer than energy drinks which are packed with tons of other dubious chemicals and arguably even safer than drinking coffee too, as these tabs are literally just caffeine.

BJJ and other combat sports aren’t purely physical. BJJ is often referred to as human chess due to how the thinking man can often best someone who is superior to them in size, strength, athleticism, etc. It’s all about technique, strategy and tactics when playing at the highest level. So if you want to play at this high level, you’re going to need to mentally be on point. You can’t be on point when you’re tired and mentally fatigued.

This high caffeine supplement from Natrol is proven to drastically improve mental focus to help you stay on the top of your game whilst also providing massive boosts to your well of physical energy also.

There are only a few low-risk, high-reward supplements that you can take to take your game to the next level. Caffeine is one such supplement. Very little drawback, yet you have so much to gain by using it.

Many people take caffeine pills wanting to just to get through the day or get through the session. But they quickly find that they’re not just surviving with caffeine, they’re thriving.