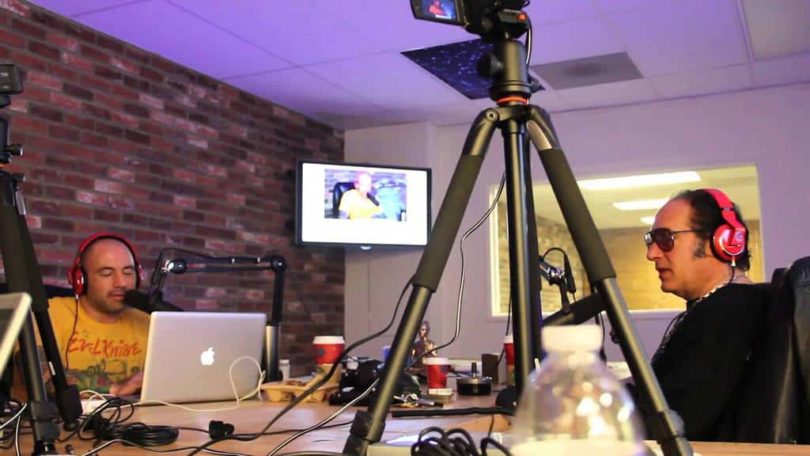 I’m a huge fan of a podcast, but I wasn’t always… For a long time I felt like I didn’t have the patience to listen to people chat and interview each other, but since I have recently given them a shot (especially since I can listen to them while I run), I have really fallen in love with them. Especially BJJ and MMA podcasts, often the interviews will delve into the psyche of how fighters work their game and will often given some good tips on training, nutrition, recovery etc. So here are a few podcasts that I use to keep me sane on those hard runs.

A must for anyone who enjoys BJJ or MMA. The great thing about the Joe Rogan Experience is that is podcasts often don’t have any fighters but will feature guests of everything including comedians, to psychologists and even professional hunters. The Fight Companions are a firm favourite of mine, which often features Eddie Bravo going off on one of his marijuana-induced conspiracy theories.

Hosted by Stockton’s own Tim Freeman and his cousin Matt, along Ernest Mello, InsideBJJ are just a couple of guys chatting about Jiu-Jitsu, goofing around and producing great interviews. A recent favourite of mine was their interview with Gordan Ryan where they dive a little deeper into his training schedule and relationship with Gary Tonon and John Danaher.

Widely regarded as one of the best BJJ podcasts currently running, the Grappling Central podcast is hosted and organised by purple belt Ryan Ford, who’s guests range from world renowned black belts, world champions, instructors, MMA fighters, doctors, nutritionists and combat experts who you should definitely know if you follow the world of combat sports and grappling arts. Highlight podcasts include his interview with Xande Ribeiro, Jason Scully and Eddie Bravo.

BJJ Brick is a bit of a special podcast. Instead of following one format of just interviews, longtime training partners Byron Jabara and Gary Hull just “want to help you along your BJJ journey”. Some of their most-popular podcasts include –

Ran by two comedians Kevin Phillips (a Jiu-Jitsu enthusiast and comedian), and Raf Esparaza (who is a comedian, writer for The Tonight show and contributor for Studio MMA), Verbal Tap Cast mixed great comedy with some fantastic insight into Mixed Martial Arts.

The Raspberry Ape Podcast is a rather new  podcast ran by Roger Gracie Black Belt, Dan Strauss. Daniel Strauss combines elements of Jiu-Jitsu, conditioning and strongman training to bring some unique insights into how different elements of cross training can improve your BJJ. A standout show for me is his interview with Oscar winning sound editor Simon Hayes, who is a Carlson Gracie Black Belt.

Paul Moran’s Open Mat Radio has got a special place in a lot of Jiujitireo’s hearts. His Open Mat Radio was a pioneer in BJJ podcasting and while Paul has stopped doing the podcats, he is still at the very heart of the Jiu-Jitsu community.