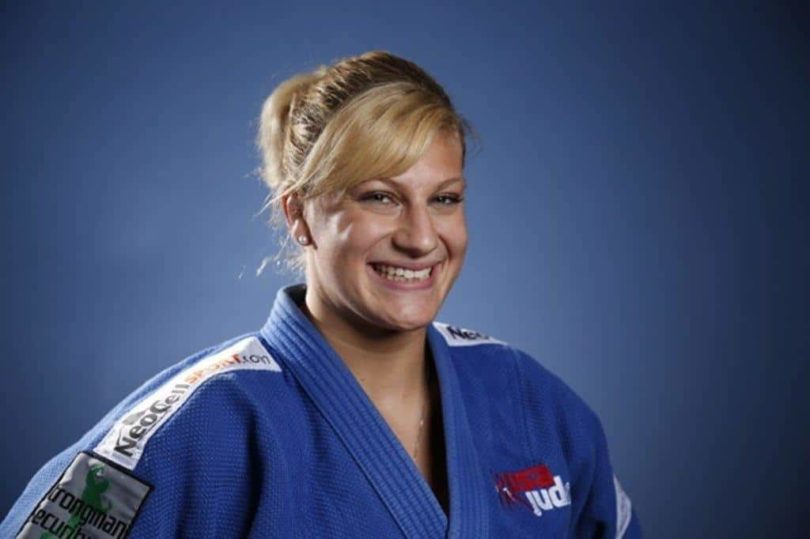 UPDATE: It looks like Kayla’s future has been decided. She will be fighting at World Series of Fighting.

Harrison, 26, confirmed to USA TODAY Sports that she has signed with World Series of Fighting (WSOF) to serve as a commentator and brand ambassador, and to eventually debut as a professional fighter, as well.

“I’ve been boxing and doing jiu-jitsu and all that, and the biggest thing for me, really, is that I miss competing,” Harrison said. “I miss fighting on the highest stages of the world, and the World Series of Fighting really gave me a great opportunity.”

According to WSOF CEO Carlos Silva, Harrison will make her on-air debut for the promotion on Dec. 31 for the company’s NBC-broadcast WSOF 34 event at The Theater at Madison Square Garden in New York.

“For me, personally, having been president of Universal Sports and being very involved in the Olympic movement with NBC, I’m personally just very excited to have Kayla join our team,” Silva said. “If you haven’t ever held a gold medal or seen a gold medal, it’s special, and the people that get them are special. We’re just excited to have her join the team.”

After flip flopping about a career in MMA, Kayla has finally decided to dive into the deep end and sign with Dominance MMA Management.

The two-time olympic gold medalist has done pretty much all she can in the judo world and now has her eyes set on the cage. However, it wasn’t always an easy decision for her:

“After a (judo) match, you shake the person’s hand and you give them a hug, and you bow to them to show respect,” Harrison said. “In MMA, it’s not like that, and I don’t know if I’m made – I don’t know if I’m cut out for a world where you get fights based on how pretty you are and how much you talk, and not necessarily what you’re worth in the ring.”

Kayla competed in the olympics at 171lbs, so finding a suitable opponent will be quite difficult, the UFC’s highest weight class is 135 and Cyborg has fought at a 140lb catch weight. Gabbi Garcia is apparently 235lbs, which is obviously too big for Kayla.

Kayla is known for her friendship with Ronda Rousey, so we wonder if she will be joining her to prepare for her first MMA fight. Only time will tell…