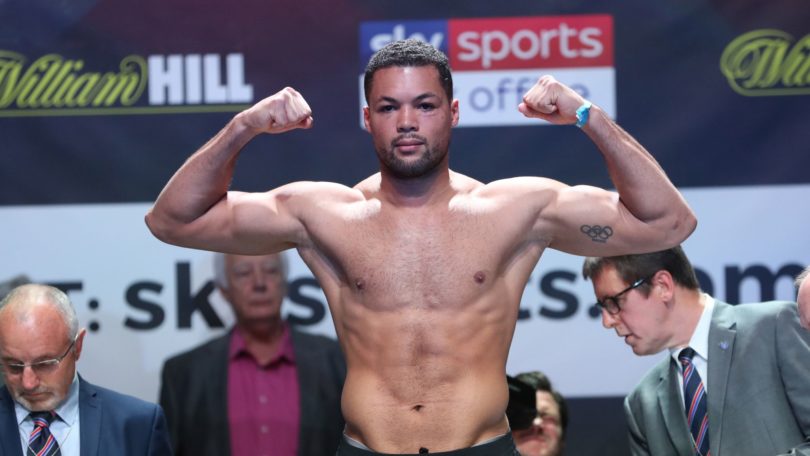 By all accounts, Joe Joyce could be considered a late bloomer. He took up boxing at the age of 22, and turned professional in July 2017 at the age of 31, when he signed with Hayemaker Ringstar. Three years on, he boasts an unbeaten record from 11 fights, with 10 of those wins coming by way of knockout. On November 28th, he faces heavyweight rival and fellow Brit, Daniel Dubois.

The latest Daniel Dubois vs Joe Joyce odds favour ‘DDD’, as he is known. At 23, he may be 12 years’ Joyce’s junior, but he has slightly more experience in the ring. 15 wins and 14 by knockout, Dubois will be looking to retain his British and Commonwealth heavyweight titles, while there’s a vacant European heavyweight belt on the line.

But Joyce has experienced a lot in a short space of time. He had a very successful amateur career, in which he represented both England and Great Britain, with an admirable medal record. In 2014, he won gold at the Commonwealth Games in Glasgow. In the super-heavyweight division, he beat Australian Joseph Goodall by knockout. And it was the first of two gold medals in that division, as he went to the European Games the following year, and comfortably beat Russian Gasan Gimbatov.

In 2016, going for gold was very much on the agenda – and Joyce won the super-heavyweight classification at the European Olympics. In securing the medal, he was rewarded with a place at the 2016 Olympics in Rio de Janeiro. Sadly, the gold streak came to an end, and while representing Team GB would have been a great honour in itself, Joyce came home with a silver medal – an excellent showing from the youngster. He came in at the Round of 16 stage, beating his opponent by technical knockout, before winning every subsequent round on points to reach the final. He was up against Tony Yoka and the Frenchman won the contest 2-1, also going on to have a successful professional career.

Joyce’s professional career took off the following year – in 2017. He made his debut against the former WBO Inter-Continental champion Ian Lewison and put in an incredible display at London’s O2, before promoter Haye managed to get the young prodigy on his undercard – in a rematch against Tony Bellew. It took several negotiations, but eventually the fight took place in May 2018. A fourth successive knockout victory, Joyce won the Commonwealth heavyweight title.

In his seventh professional fight, he won the vacant WBA Continental heavyweight title. A first round knockout against Joe Hanks saw the ‘Juggernaut’ call out Luis Ortiz. While the Cuban accepted, the two have not yet touched gloves. Two months later, Joyce also won the vacant WBA (Gold) heavyweight title. It was on his UK return that Joyce took on the former world titleholder, Bermane Stiverne. After trash talk ensued between the two, Joyce made Stiverne eat his words – with a sixth-round knockout, after landing two powerful right hands.

In July 2019, Joyce retained his WBA belt, with a unanimous decision victory over Bryant Jennings – his only professional bout to go the distance. Jennings wasn’t a first-choice opponent by any means, but it set the Juggernaut up to face Michael Wallisch behind closed doors. He now faces Dubois over 12 rounds. It’s sure to be a battle between two of the heavyweight division’s knockout kings. Dynamite or Juggernaut – who will come out on top?