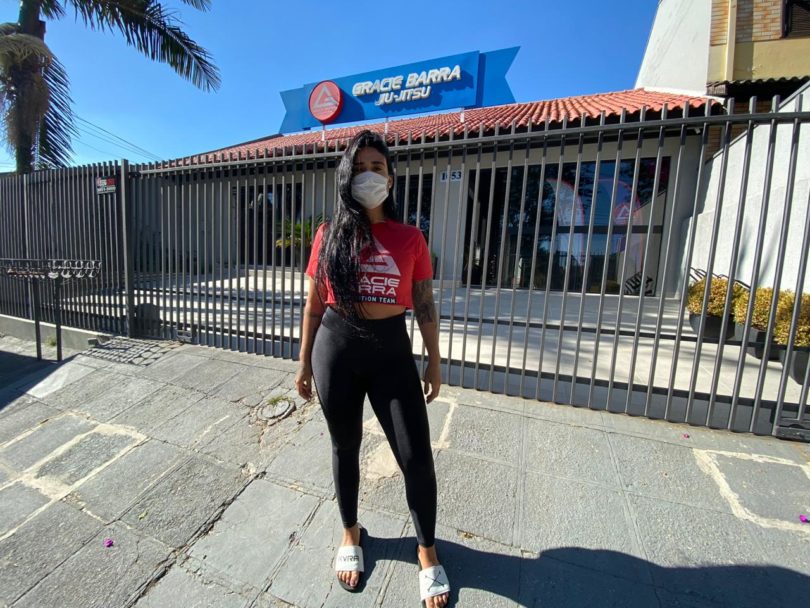 The governor of Paraná, Brazil, Ratinho Júnior, recently announced the reopening of some establishments – among them the martial arts academies – during the pandemic of the new coronavirus (Covid-19). As determined by the publication of the ordinance by the State Department of Health will be on Tuesday (28) and, probably, the operation of the gyms will return as of today Wednesday, April 29th. The news, however, generated a big debate on social media between people who support it and others who are against the measure.

To better understand the decision, TATAME talked with Nika Schwinden – a teacher and black belt at Gracie Barra Curitiba – who was present at a meeting at Palácio Iguaçu about the reopening of the academies with other martial arts leaders, in addition to the Secretary of the Civil House, Guto Silva, and other politicians.

Nika commented on the growing controversy on social networks and explained what was passed to the teachers in the decree: “We will have to adapt a number of situations. The Jiu-Jitsu that we know is not going to happen any time soon. When people judge the reopening, they imagine the tatami full and with everyone training. Actually, it won’t be like that. The classes allowed will be physical preparation and drills, but physical contact will not be released,” said the black belt, who continued commenting on the classes at Gracie Barra.

“Our classes will be private because we can have a maximum of ten students per class. That’s a lot of demand. We will have to reinvent ourselves as Jiu-Jitsu teachers this year. Our students will have to understand that this is a new time. The important thing is to keep the body active and in contact with people in a safe way. People who are part of the risk group will not be able to participate. If you live with someone who is in the risk group, we will also advise you not to train,” Nika said.

Rules have been put in place to ensure safe training

Nika also made a point of emphasising the importance of finding a balance between health and economy at this time. The black belt cited that in the state, gyms have closed and some teachers are going through a difficult situation trying to support their family. She also scored two points for the reopening.

“I think two points will be important in the resumption of classes. Social isolation itself is very bad for people psychologically and emotionally. Having some contact, even if minimal, with other people can be of great value. I believe the other positive point is that people seek a certain quality of life, something that will help bring more immunity as a result,” said the husk.