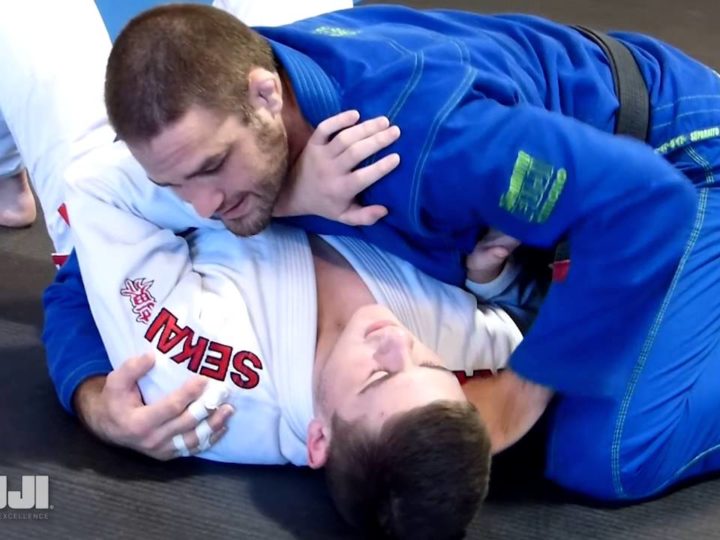 Before most of the people training today even knew that BJJ existed, Fuji were killing it with their BJJ gi’s. But before even that, Fuji were already dominating the Judo gi market.

Fuji know their gi’s. They have the knowledge and experience in how to make the best possible gi’s, that most other companies will never even come close to producing the level of quality that Fuji has been dishing out for decades.

With the explosion of BJJ popularity, many newer companies have risen to push the limits and boundaries of what a gi can look like, with vibrant colours, flash styles and garish aesthetics. Now, this is fine. Many people love experimenting with crazy gi’s and want a wardrobe full of bright colours, etc. But many people don’t. There are many BJJ fighters out there, both old and new, who prefer the more muted, traditional style. To them, BJJ is more than just a sport, more than just a fun pass-time. To them it’s a martial art. It’s sacred. They feel it should be kept sacred and protected. One such way is to wear a more traditional garb. To some people, they just simply prefer the traditional look and have no time for “ostentatiousness”. If you’re one of those such people, then Fuji is the company for you.

They’ve had decades to learn and to make small tweaks to slowly improve their gi’s until they are unmatched in quality. Fuji tend to stick to white, blue and black gi’s and you could argue, that they’ve absolutely perfected the traditional looking gi.

This is an extremely common gi. Many newbies walk on to the mat wearing this very same Fuji gear. However, you’re just as likely to see brown belts and black belts step on the mats rocking this very same uniform. Old gi’s and new gi’s. In fact, it’s the best selling gi in the world, even winning many different awards from many different industry publications. Because this kimono is as close to perfect as can be.

It’s almost impossible to find a gi that offers everything this uniform does at a similar price. It just doesn’t happen. It’s comfortable, it fits well and hangs comfortably and it is damn tough. It isn’t the lightest or thinnest gi, but this is a gi that can literally be worn regularly for years without any significant sign of wear and tear. Another reason that it’s so common to see higher belts still wearing this gi to this day, even though that same gi was probably one of the first they ever bought!

This a no-frills gi. No bells and whistles. Nothing crazy, nothing outlandish. In fact, there is only a single major logo on the gi, on the arm. The rest of the gi is yours to experiment with. By all means, put whatever patches and badges you like all over it. Or keep it plain and simple. The choice is yours.

Its available in the main three colours of white, blue and black as well as a pink colour for female trainees.

The Summerweight gi takes everything the standard gi does right, and there’s a lot it does right, and tweaks and improves it to make it more suitable for hotter climates and for the competition mats.

As with most competition gi’s, you can expect a more form-fitting cut to both the jacket and the gi. With shorter sleeves and pants legs and just everything generally tighter and more brought in. Far less extra material for people to grab than with the standard gi. In this case, that slightly less material also manifests itself into a lighter and thinner gi. The lightness helps with making weight for competition as well as making your job easier when fighting as you carrying less dead weight. This is a gi that you wear, not one that wears you. The thinness and lightness also translate to a cooler BJJ experience which is perfect if your gym is hot or it’s summer… hence the name summerweight.

The thick rubber collar is resistant to mildew, which most experienced BJJ practitioners can appreciate. No horrible, damp, mildew-like smell when washing the gi. We’ve all trained with someone whose gi didn’t have that feature and have suffered greatly for it.

It is also mainly pre-shrunk, so you can rest-assured that the size you buy is generally the size it’ll stay, though like all gi’s, there will always be some shrinkage within the first few washes.

At first glance, and to the untrained eye, many of Fuji’s gi look the same, or at least similar to each other. But for those who know what they’re looking for, they can look through Fuji’s range and see the slight yet important improvements as they go from the budget gi’s up to the tip-top premium gi’s.

The Suparaito is one of Fuji’s best premium gi’s. This gi is even lighter than the summerweight, leading to an even cooler and more comfortable training and competition experience.

Whilst it retains the old-school, traditional look that Fuji is known for, you may notice more embellishments and stylistic features than on the standard Fuji gi. The extra stitching along the jacket allow the gi to be incredibly strong and durable but without sacrificing the lightness or comfort of the kimono. The pants are triple-reinforced rip-stop pants with extra reinforced knee pads to keep those pesky problem areas as secure as possible. The pants also feature a great bungee cord drawstring to fasten your pants and keep them taut. Nothing more annoying than having to constantly pause your sparring session to adjust your trousers and stop them from falling down.

Suparaito itself means super-light in Japanese, so every crafting decision has been made in regards to making this gi as light and comfortable as a gi can possibly be. 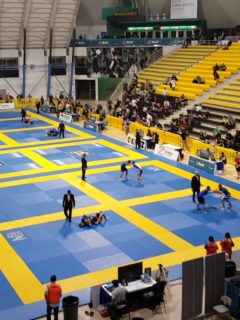 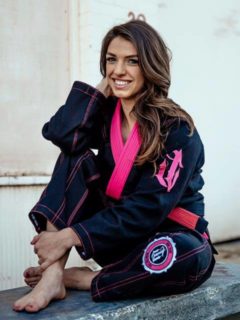