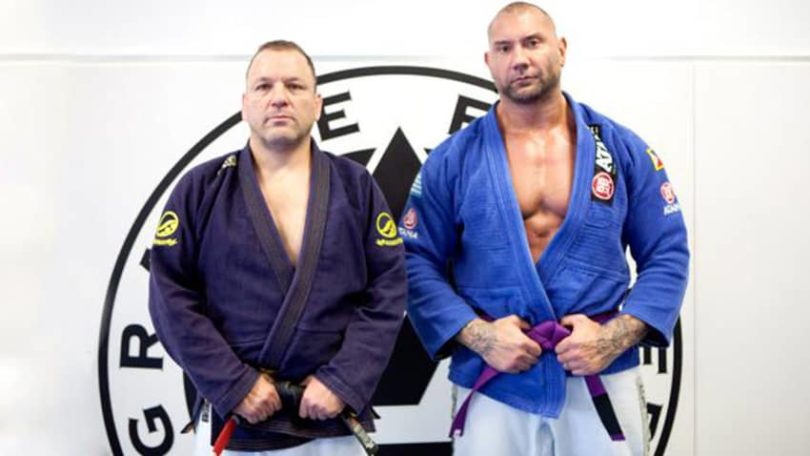 Not many people would know but the WWE star Dave Batista, isn’t just a wrestling powerhouse, he is also a Brazilian Jiu Jitsu practitioner.

He recently made his WWE come back at this year’s Royal Rumble, but not before he was awarded his purple belt from Cesar Gracie. Dave has always been a martial arts practitioner, even before he started practicing the gentle art in 2010, he was was introduced to Kali at a young age.

In 2011 he was awarded his blue belt, Cesar had an interview with MMA forum Sherdog, saying, “He’s a natural athlete. He’s got a lot to learn but his strength alone is impressive. Obviously he’s a beginner at jiu jitsu but we can take a guy like that that’s already a strong athlete like that and teach him what to not get caught in.”

Dave’s ultimate goal is to become a black belt under Ceasar, and after only getting his purple belt after only four years, we think it won’t be long before he’s winning medals at the Mundials.

Wrestling (sports and entertainment) has a lot in common with other grappling sports. We take a look at other squared-circle  who also have a knowledge in the gentle art. 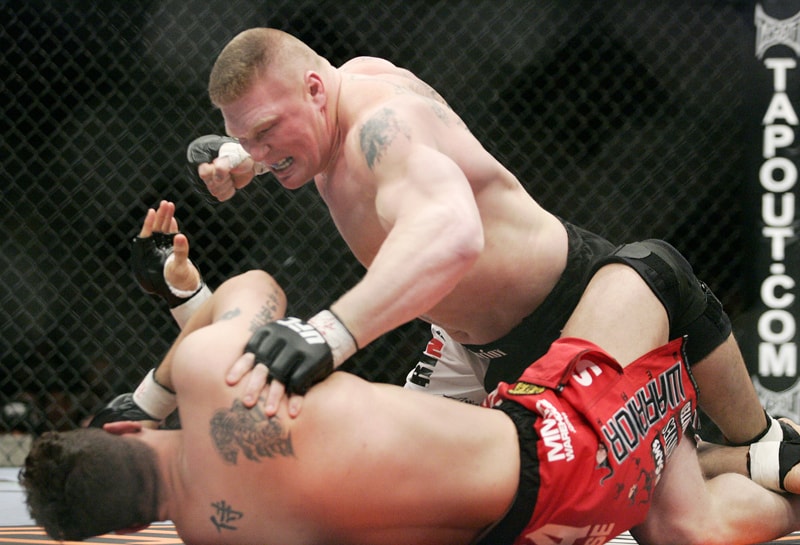 Known for his short-lived UFC career, Brock is an obvious choice. While training for his fight with Frank Mir, Brock regularly trained BJJ with Rodrigo Medeiros.

Rumours have it that Brock will be stepping back into the octagon, while also competing in the WWE. Dana is currently in talks with the star, because we all know the kinds of cash that Brock will bring with him. Not that the UFC is doing badly or anything…

Famed for his Olympic gold medal, Kurt Angle has also been know for dabbling in a bit of Brazilian Jiu Jitsu. Kurt has regularly been threatening to start competing in MMA, but it’s never actually happened.

So it looks like Triple H has become the latest WWE star to join the BJJ ranks. With Rener Gracie marrying WWE star eve Torres last year, it seemed inevitable that some of her co-stars would follow.

After his recent exit, just weeks away from Wrestlemainia, CM Punk a.k.a Phillip Jack Brooks has been tipped to put on the four ouncers and compete in MMA.

As a student of Ryrion and Rener Gracie at their Beverly Hills academy, Brooks has expressed his interest in making the jump. In a recent interview with Fox Sports, Rener says, ““With the little time he’s had with me spread out over so many years, he’s made remarkable progress. There’s no telling how successful he would be if he devoted himself full time to the training.”

Will CM become an MMA superstar, or will he flop at the first sign of a right fist? Only time will tell.