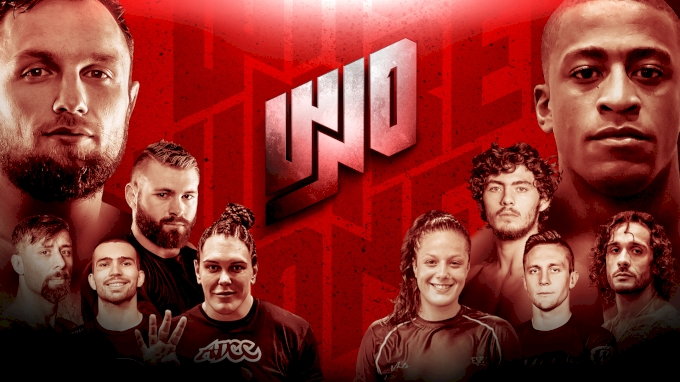 February 26th is just days away and it promises to bring the biggest Who’s Number One event yet. Due to Coronavirus restrictions, this year has got off to a slow start in terms of competitions which means this is probably the first big event of the year. Interestingly, it is also one of few events that will not see Gordon Ryan as the main event. In an unusual turn of events, he is filling in for his younger brother Nicky who dropped out due to a knee injury. The result sees Gordon face off against the talented Roberto Jimenez.

The main card will instead feature Craig Jones vs Ronaldo Junior, which further adds to the DDS vs ATOS rivalry that has been building over the past couple of years. Elsewhere, other big names such as Geo Martinez and Gabi Garcia will also compete so it’s fair to say this one is a star-studded event. Here are my picks and predictions for the upcoming WNO.

This one is a little unfair on Ronaldo Junior who is arguably more of a gi specialist, so he is fighting Jones outside of his main skill set. However, this rule set definitely plays into the hands of Jones who has a deadly leg-lock game. Whilst Ronaldo Junior will not be an easy opponent and has a highly energetic style, the match up should favor Jones. I believe Jones will at some point snatch a heel hook on Ronaldo Junior from his coveted half guard position. If Ronaldo plays a very defensive game, then he could possibly take Jones to a decision, yet still may lose by the choice of the judges.

Gordon Ryan is definitely the favorite for this one and literally hasn’t lost a match in years under this rule set. Whilst Roberto Jimenez is a decorated competitor in his own right, he still isn’t at the level of Ryan, but then again who is right now? Several years ago, people labeled Ryan as a one dimensional leg-lock player. However, since then he has developed other areas of his game and has no real weaknesses of note. I think at some point he will take the back of Jimenez and choke him. If not, he could always revert to other submissions and always has the legs to call upon if needed.

This is a tight one to call and in reality it could go either way. Wiltse has won various competitions at black belt in both the gi and no gi, whereas PJ Barch exclusively trains in no gi due to being a member of 10th Planet. Will this give him the edge? Who knows. Like many on the no gi syndicate, Barch has a reputation for attacking the legs and is very good at it, whereas Wilste is arguably less of a specialist but more rounded in other areas. Whilst there may not be any submissions in this match and it’s a tough call, Barch may get this one for being the more aggressive of the two.

Both of these women are getting headlines lately for the right reasons. Kelly has recently won a few super fights whilst Khan is fairly new as a black belt but has years of competition experience and training under the legendary Mendes brothers. Because of this, many have her down as the favorite which isn’t a bad idea. However, I believe that Kelly’s age may help her here as she is a bit older and may handle the pressure a little easier. Further, the past few years have seen her more devoted to no gi compared to Khan who still focuses on the gi as well. Having said this, predicting a submission in this one is tough and whoever wins will probably do so by decision.

Jacob Couch is known from the Daisy Fresh series and lives and breathes BJJ. Elsewhere, Elder Cruz has a background in BJJ from Checkmat and is from Honduras. This card is the first that doesn’t feature black belts as the pair are lower belts respectively. Whilst Elder is a monster in his own right, Couch has a ridiculous amount of competition experience and possibly trains a bit more no gi than Cruz. Because of his super-aggressive style, I’ve given this one to Couch by submission. Knowing Couch it will be something ridiculous like a wristlock.

Geo Martinez is ranked number 1 by Flograppling right now and for good reason – he’s on a roll and is in the best form of his life. After recently defeating Paulo Miyao at his last WNO outing, it’s fair to say that he will be in full confidence for this one. Unity’s Junny is no joke either and is a regular on similar cards such as F2W. However, it would take something extra special for him to defeat Martinez at the weekend. Having said this, his own defense is solid so this one may go to decision. Whatever happens, you can always expect a show when the Martinez brothers are in town.

Gabi Garcia is a firm favorite for this one due to her dominance in no gi and her sheer size and strength gap. As it happens, Nathiely de Jesus is one of few women who have defeated Garcia in the past by an advantage. This means it could happen again, but would be a shock if it happened. I predict that Garcia will force de Jesus to playing guard, and then she will eventually pass her. From here, Garcia will hold side control and slowly tire out her opponent. After this, I think Garcia will win by one of her trademark americana submissions.