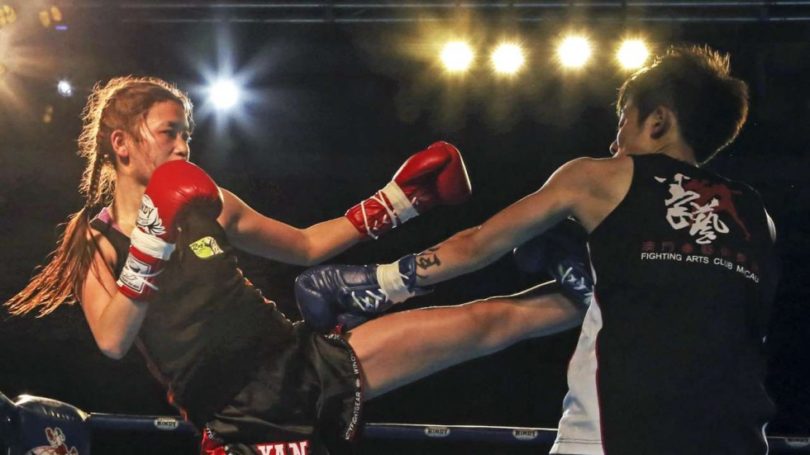 Windy offer a huge variety of combat sports products. They split their ranges into categories of MMA, Muay Thai, boxing and clothing and general accessories.

Everything that they make is so high quality that that you’d expect them to be a company that only focuses on one sport. Whilst Windy do have a Muay Thai background, their ordinary boxing gear and their MMA gear is so top notch that you’d think they were a sole MMA company or a sole boxing gear company, etc.

Windy are a big name but not quite as big as some of the more common names out there. You’d normally see a pair of Windy gloves on someone who’s been training a while. If you see an older guy wearing a battered pair of Windy boxing gloves during training, you can safely assume that that’s not a man you’d wish to have a dispute with. Windy are also one of the few companies who actually compete against the seemingly monopolies enjoyed by Twins and Fairtex. Windy are old school but still kicking.

A lot of people don’t like flashy designs and garish colours. In fact, some people don’t give two figs about the colours or styles of their fighting gear at all. Whilst others just generally prefer a more traditional look and feel to their boxing gloves. A classic look. If you’re one such person who likes the more sleek, basic look of the old school gloves, then Windy are the company for you.

As I’ve already stated, Windy aren’t ones for focusing on the aesthetic appeal of their equipment. Now, that’s not to say that their stuff looks bad. Not at all. But pretty much all of their focus has gone on function and comfort. Definitely on comfort. Windy have realised that if they leave the mad, crazy designs to the other companies they can divert all of their efforts to substance. And substance is something that they do very well.

Windy gloves are amongst some of the most comfortable boxing gloves on the market. It’s hard to explain but the gloves just feel right when you put them on. No matter how big or small your hands, the gloves seem to mould right against you and will leave you feeling confident and ready to fight.

Like all Windy gloves, they’ve come straight from Thailand, the homeland of Muay Thai, where they’ve been crafted with excellence in mind. Windy have a fine eye for detail and a wealth of experience which translates into a glove that is excellent in ways that other, newer companies can’t comprehend or understand.

This particular glove comes in black and with a weight of 14oz. 14oz is a nice weight. A nice middle ground, especially if you find the 16oz are too big, heavy or bulky for you. Most gyms should allow you to spar with 14oz gloves and you can also use the gloves with great success on the bags, pads, etc. It’s only really when you get beneath 14oz that some gyms don’t like you sparring with them.

Many people who use Windy, choose to use only Windy for the boxing glove needs. The reason that they use Windy are numerous.

Their gloves tend to be very comfortable. They tend to shape quickly to your hands and break in quickly too. There are plenty of great gloves out there that only become great once you’ve broken them in during training over a number of weeks. With Windy, there’s no need. You get that comfort and greatness pretty much straight away.

Another reason is that Windy gloves are damned tough. They’re tough and durable and you can actually feel that toughness when you’re wearing them. It gives you an added confidence when training and sparring when you know that your gloves are going to hold up to whatever you throw them at. This same toughness does not impede the comfort, if anything it improves it.

On these gloves, they don’t crack or tear easily. The seems don’t come loose and they don’t rip easily either. These gloves can withstand a serious beating before they give in.

With benefits like these, long term trainers know what they’re getting from Windy and what they can expect. Why even bother trying other gloves when they’ve been spoiled by Windy?

As spoken of before It’s generally best to get a boxing glove that is 14-16oz in weight. This is due to the extra padded that comes with them that makes them a better fit for sparring and heavy bag work, etc. Whilst gloves are generally one-size-fits-all, they just differ in weights, there is a slight difference in the hand cavity size of say a 10oz pair of gloves and an 18oz gloves. But just not enough to dissuade the male trainer who has an average hand size. The average male trainer with a standard hand size can get away with wearing pretty much any weight gloves, depending on the amount of hand wraps.

However, if you have particularly small hands or are just generally worried that 14oz+ gloves are going to be too big for you, then go for these 12oz gloves from Windy.

12oz is normally the recommended size of gloves for things like pad work and bag work. With the smaller surface area, you can better work your precision and accuracy against the focus mitts and Thai pads as well as feeling a better snap in your punches when striking the heavy bag. Anything smaller and you’re veering into fight-weight gloves or gloves meant for teenagers, children. Anything smaller than 12oz and you could quite easily cause damage to your hands when training. For example, it’s definitely not recommended to practice your power shots on the heavy bag whilst wearing MMA gloves. That’s a good way to smash your knuckles and buckle your wrists, even with proper hand wraps.