Why Does It take So Long To Get a BJJ Black Belt?

I read an article recently that was focused on getting your Black Belt as soon as possible and found myself truly intrigued. I found myself questioning that very notion, and whether it was a good or bad impression, I would like to address the question from the perspective that longevity is the key to BJJ technique.

Before we continue, the question for this article is simply a different perspective from the opposite format. The question is “Why does a BJJ Black Belt take so long?”

Why The Black Belt Takes So Long?

Thinking long and hard about what points I really wanted to present in this post, I came up with the 3 below which will hopefully influence those who are swayed to believe that getting your Black Belt fast is a good decision.

1. BJJ is about technique and not about physical performance! Growing into your black belt is a much better decision than to want to get your Black Belt ASAP. Growing is time well spent really understanding that a Black Belt isn’t just about representing it physically but also being a professor with the ability to teach others. Someday your ability to compete physically will diminish with age ( I will agree with that and say it is a valid point in general.) but with that being said you can still compete against people in your own age group and still have the ability to compete down in an age group. Saying that an older technician of the art can’t beat a “green” 20 year old black belt in his prime is the farthest thing from being accurate.

Cyborg lost to Marcus in their weight class division, so I will give you the younger beating the older competitor there. What I won’t give you is despite the fact that Cyborg being  33 years old and Marcus (24 years old) beat the brakes off him in the absolute division winning 10 – 0 surrendering not a single point! When interviewed he said he was able to analyze what he needed to do and changed his whole game after one single match. Furthermore he is seasoned and has had the opportunity to grow into his black belt.  He received his black belt in 2004 and didn’t win the ADCC until 2013. That proves to me that time is really the only thing that makes you a black belt.

2.If you’re in BJJ to make money you’re wrong– I read about how getting your black belt fast will solidify you as a BJJ gym and you will be able to make money which in turn will allow you to do it full time. The ability to do and the ability to teach are two different things. Getting your black belt fast because you compete a lot or win the worlds doesn’t mean you can teach others! There are some successful schools that make really good money doing what they do. If you ask any martial artist of any art why they wanted their black belt or what was their first thought after receiving it, it wouldn’t be “so I can make money now.”  If you want to open up a gym (which is a lot of hard work and long hours) and you aren’t a Black Belt, simply hire one! Getting a black belt just to open your own gym isn’t what it sounds like. Sure you get to train all the time now but it isn’t about concentrating on your game anymore. It is about putting your students first and most likely it will be a bunch of white belts and years or going over the basics. (which is a good thing and that is where the “time” aspect comes into growing to a BB) I have found that owning my own gym only puts my focus on my students and I still have to travel and train with higher belts to progress outside of my own academy. If you really want to open your own gym you need to either focus on the BJJ side of it or the business side of it. Being a Black Belt in BJJ doesn’t make you a Black Belt in Business and vice versa. (Trust me on that one)

3. Fancy techniques, what are those? – You will never hear a black belt say let’s drill some fancy techniques. BJJ has a lot of different techniques and with that comes unique games from each individual. BJJ first and foremost is a self defense and not a single technique for self defense is fancy, they either work or they don’t. If you open your “gym” (because you’re a black belt now) and you want to work your “fancy” techniques, you’re spitting on the heritage of BJJ. In my personal opinion I think it is safe to say that a practitioner should have a good understanding of what game they want to play and their own personal goals for developing their individuality at the beginning of purple belt (you don’t have to be a black belt to experiment with “fun” and “fancy” moves). White belt is a focus of surviving and blue belt is basic attacking and development of sweeps, purple belt is a focus of the individual and where they feel most comfortable while never neglecting the self defense aspects of BJJ. I would really like to hear someone say they would pull berimbolo or 50/50 guard in a street fight if they got to choose where the fight starts from. Sport BJJ is a great way to compete and stay in shape while having fun and building relationships inside the academy. I have students that like to compete as well as students that really focus on the self defense aspects of the art. This isn’t a debate on either of the aspects. I wanted to simply state that in my opinion BJJ isn’t about the fancy techniques.

Case in point – Ryan Hall Self Defense Incident………didn’t see any 50/50 there.

After reading the article I wanted to shed some light on the topics that didn’t seem really relevant to getting a black belt sooner in anyway. If I had to come up with a list of 3 reasons to get a BB quick it would be something like this. (In my best sarcastic tough guy voice)

So I don’t have all the knowledge and hours upon hours of mat time to perfect my art. But I still got me that black belt, huh!
So I can tell everyone at the bar I am a black belt and they really don’t want to mess with me (all the while being scared that they actually might want to mess with me and I haven’t really put the time into making each self defense move muscle memory)
Chicks Bro! I know chicks dig a BJJ Black Belt! When they ask what it is I ask them if they have ever seen UFC! Enough said…………Panties dropping!
There is a reason that BJJ takes a long time to achieve that rank separate from some schools sandbagging to win medals or to be able to charge an arm and a leg for you to train for years before giving you a belt. It is because there is “pride” in BJJ that can’t be found in any other art (and I have trained and obtained degrees in a few) It is something that can really make you hold your head high and know that you can really protect your friends, family and loved ones if something were to happen. The is no real reason to rush getting your Brazilian Jiu-Jitsu Black Belt, you can’t take it to the grave with you and if you have a false sense of BJJ and find a Mcdojo to present you one, you may end up in an early grave. There are exceptions to this rule when you see people like BJ Penn and think “man four years and he is a black belt” but if you ask BJ now if he felt like a black belt in all aspects, he like many would probably tell you that it is a process and only time can make you a well-rounded black belt. 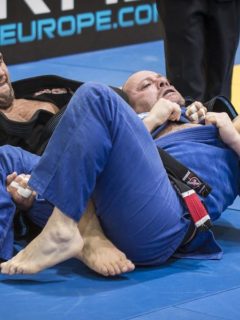 Previous
How to Become a Jiu-Jitsu Giant Killer 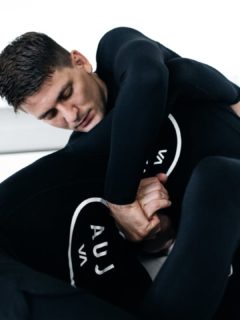 Next
How to Train Like The Mendes Brothers: ADCC Preparation
Comments are closed.