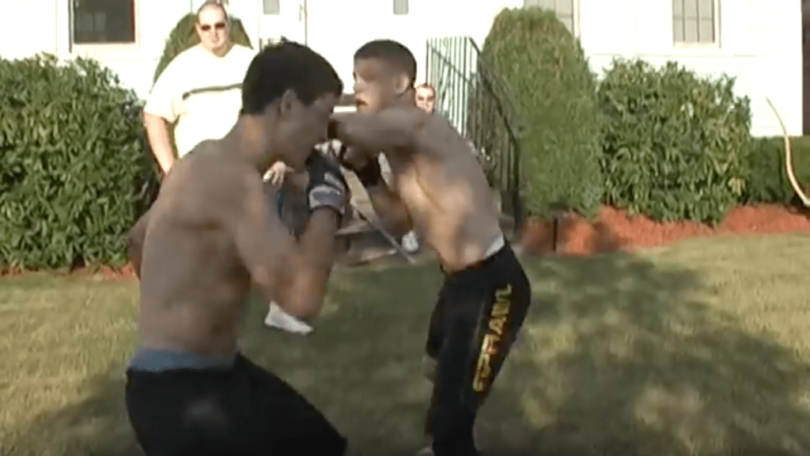 At nearly every family bbq, someone gets a little too drunk and decides to start a scuffel. But if you’re in the Lauzon family, get ready to put some gloves on and throw down!

Joe Lauzon and his brother Dan Lauzon are both successful MMA fighters, both are in the UFC and both and known for their exciting and brutal fights. However, it’s very well known that the brothers don’t really see eye to eye and based on some videos that can be found on Youtube, it looks like they used to settle the score in a backyard MMA brawl.

Shot in 2005, the video sees Joe and Dan Lauzon fighting in a no time limit MMA fight under amateur rules (no elbows or knees to the head), with optional slams, though they apparently weren’t allow…

The clip of the first brawl can be viewed above. As Dan wanted to go again after that, they had a second fight that, according to Joe, got out of hand at the end.

“I was mostly at fault for the very end,” Joe wrote. “I might have given it a LITTLE extra when the fight ended!”

The two matches apparently happened in August of 2005, this meant Joe was 21-years-old and already 9-1 in MMA. This was a year before he made his UFC debut by upsetting and taking out Jens Pulver. Dan, on the other hand, was just 17 and was only competing in amateur bouts.