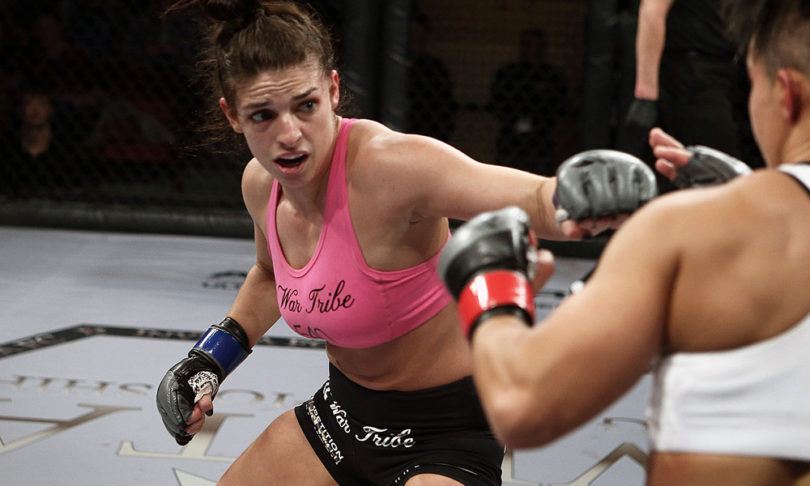 Who could be the next B.J. Penn, Ryan Hall, Ronaldo Souza, or Demian Maia? Brazilian jiu-jitsu is becoming more and more popular across the world. We are seeing top talent pop-up from all corners of the globe so we are likely to see a fantastic injection of new BJJ blood into the UFC in the near future, but there is already a generation of Brazilian jiu-jitsu practitioners that are making it extremely difficult for online sports betting sites to set their fight odds.

Ortega isn’t new to the world of professional fighting (10 years pro). But he debuted in the UFC in 2014, which puts him in the latest generation of BJJ specialists in the UFC. Brian Ortega is a black belt under Rener Gracie of the Gracie Jiu-Jitsu Academy and is currently undefeated in the UFC at 14-0 (1 NC).

In his four short years in the UFC, Brian Ortega has amassed an impressive resume. His last three victories are over big names: Frankie Edgar, Cub Swanson, and Renato Moicano. The Cub Swanson fight on December 9th of 2017 earned Ortega the Performance of the Night award with his guillotine choke finish and the fight itself was the Fight of the Night.

On December 8th, Ortega will get his chance to prove himself against Max Holloway. Holloway is the #4 ranked pound-for-pound fighter in the UFC, so Ortega will have his work cut out for him. Ortega is the former RFA Featherweight Champion, and he has proven his worth for this title shot against Max. If Brian Ortega wins and takes the belt, his name will have to be put up there with the rest of the BJJ greats. Dana White has mentioned on various occasions that Ortega is destined for stardom.

The massive middleweight from Brazil most recently took out UFC great, Uriah Hall. At 12-0 his next fight was to be against Yoel Romero on November 3rd. However, that fight has been cancelled.

Beyond being a Brazilian jiu-jitsu black belt, Paulo Costa is a physical freak of nature. You would think that being one of the top middleweights BJJ practitioners, that he would have a high submission rate. But only his fight against Eduardo Ramon back in May of 2016 came by submission (rear-naked choke). The rest of his 11 professional victories have come by way of TKO and KOs by way of punching.

His UFC debut came in March of 2017 in UFC Fight Night: Belfort vs. Gastelum. Since his initial victory over Garreth McLellan, he has taken down Bamgbose, and most notably, Johnny Hendricks and Uriah Hall. ‘The Eraser’ seems unstoppable at the moment and his impressive striking on top of fantastic BJJ fundamentals could see him as the next great Brazilian middleweight star.

If any of these three fighters are destined to be considered one of the greatest BJJ fighters in UFC history, it is Mckenzie Dern. Brand new to the UFC, Dern has already beaten Ashley Yoder and Amanda Cooper since her debut in March of 2018.

The thing that separates Mackenzie from the rest is she that at just 24 years old, she already the #1 IBJJF competitor and she a two-time world champion. However, the one thing that may hold her back a little in the UFC as compared to a fighter like Paulo Costa is she is more of a pure jiu-jitsu practitioner and not much of a striker. Then again, this could be exactly the type of thing that eventually secures her place in the books as one of the best BJJ fighters in the history of the UFC.

I know the title says top BJJ artist to pay attention too, technically if you watch any type of UFC you know about Charles Olivera. I threw him on the list to simply pay homage. Oliveira broke the UFC record for most submissions within the organization at UFC Fight Night Sao Paulo. Earning his 11th career submission within the octagon and breaking UFC legend Royce Gracie’s record.

Oliveria is a decorated BJJ specialist with slick submissions that make him a threat to anyone he faces. Since moving to lightweight he has won 3 of his last 4 fights and seems ready to break into the top of the division.