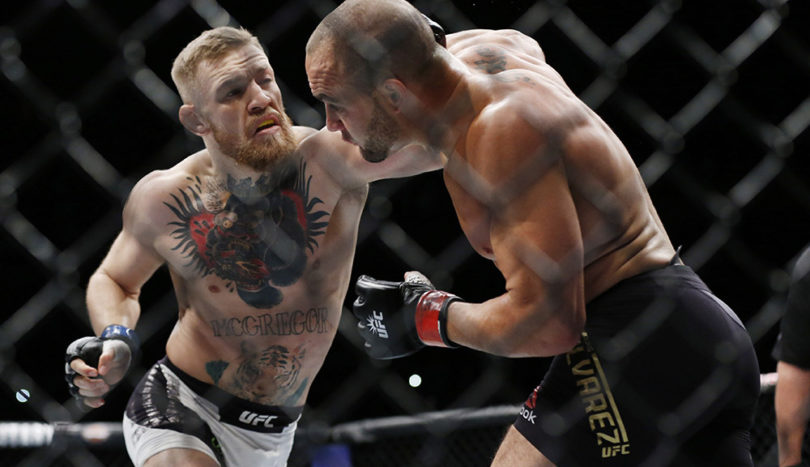 While MMA and boxing are sometimes confused for one another, there are actually significant differences in the rules and fighting styles allowed. UFC is winning in the popularity stakes for the best combat sport, with recent interest surpassing that of boxing. Part of MMA and UFCs growth has been influenced by the increase of online betting on sports, however, this differs between states in the US due to gambling regulations. So, which sport is the most popular out of the two of them?

Let’s begin by looking at the actual differences between UFC and boxing:

What rules have to be followed in each sport?

Put simply, one of the biggest differences between the two sports is the rules. In boxing, competitors can only fight using punches above the belt. Whereas, MMA almost anything is allowed, including Jiu-Jitsu, wrestling, and boxing moves. Many MMA fighters are also trained and capable of competing in the boxing ring.

Boxing also has the three knockdown rule, meaning that if a boxer falls to their feet or knees three times in a round they automatically lose.

Another difference is where the events take place. MMA and UFC fights are done within a cage, this cage is needed to help prevent injuries and keep the fight contained. The cage is in the shape of an octagon, as the wider angles help fighters to avoid getting stuck in one corner with no way out.

Boxing takes place within a ring, which helps section off the area for the match.

You may also come across different languages for each. MMA fighters usually use all the usual boxing lingo and terminology, whereas most MMA terms will be unknown to boxers as they use less variety of martial arts in their fighting.

These sports are about so much more than just the fighting…

UFC is the organization that hosts and manages MMA fighting events. They organize fights into five different weight classes, between Lightweight and Heavyweight. The first UFC fight took place in 1993 and was an instant hit with audiences. More rules have been introduced over the years in the interest of safety and fairness.

These tournaments are now huge profitable events, with money coming in the form of ticket sales, sponsorships and other deals. The UFC has been valued at over $4 billion US dollar. They have a substantially paid TV viewership, some of the top fights have seen over one million fans tune in to watch the action.

There is huge hype before each match, with competitors hurling insults at one another. This helps raise publicity and is all part of the fun.

Boxing is similarly popular amongst fans in the United States. Boxers who fight in professional events must be recognised by one of the four professional governing bodies. It has been estimated that the industry is worth $361.5 million US dollars and is growing at nearly 5% each year. Profits are made in the same way as MMA, through ticket sale sponsorships and promotional deals with other high profile brands.

Boxing tends to bring in more revenue than MMA fighting. There are many more boxing titles in each weight class and the number of organisations involved helps to create competition for boxing talent. However, as MMA becomes more widely known, the average salary for a fighter is on the rise and is beginning to catch up with boxers for those who compete in the top title events.

Betting on UFC and boxing events

Sports betting is now legal in many states in the US, however some still have very tight restrictions around online and offline gambling especially on sports like UFC and boxing events. You can bet on sports in Indiana, Nevada, New Jersey and New York, as well as many other states. However, in places such as Idaho and Utah it is still strictly prohibited.

Many states are now recognizing the benefits that regulated gambling can have on local economies, not only does it benefit the gambling sector, but it has a knock on effect on tourism, retail and hospitality. When correctly regulated, criminal activity and harmful behaviour can be kept to a minimum. It’s legalisation often depends on political agendas and the opinions of officials governing each state.

As more states allow sports betting, we may see interest in both boxing and MMA fighting rise in the USA. These two sports operate in thriving industries that will continue to grow for years to come.