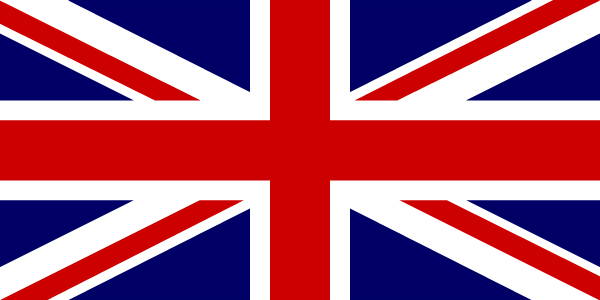 With Yas Island secured for the UFC, the British contingent have been given a lifeline. It is heavily documented that visa’s and entrance into the US was a big problem for Welterweight contender Leon Edwards in negotiations for a fight against Tyron Woodley last month. The UFC moving their show to the illustrious Fight Island allowed for fighters from the UK to get back to work. Davey Grant the first, made his way over last week for UFC 251 and came home with a highlight reel KO for his efforts.

We will see 9 British fighters compete over the next 3 days, with another 6 competing on the UFC Fight Night 174: Whittaker vs Till card. It is great to see the British (5 Europeans will also make the walk over the next 11 days) fighters getting their long-awaited runouts.

Liverpool’s own “Meatball” Molly McCann (10-2) will be looking to keep her 3-fight win streak in the UFC up against Taila Santos (15-2). Santos entering the UFC from Dana Whites Contender Series back in 2018, is currently 1-1 in the UFC, with her last fight a split decision loss to Mara Romero Borella back in February of 2019.

Meatball will be looking to assert her aggressive boxing style early, but Taila holds a seriously impressive 80% finishing rate in her fights (10 KO/TKO and 2 submissions), Molly on the other hand, holds a 40% finishing rate.

This will be a fun fight for as long as it lasts. John Phillips (22-9) goes by many nicknames, my favourite being “The White Mike Tyson”. That does not come with the negative connotations of early Tyson’s out of ring life. John does however certainly carry the same finishing power of the ex-World Heavyweight Champion. The story with Phillips is this, if he wins, he is going to finish you. Of his 22 wins, 20 come by KO/TKO, and 2 by submission, a 100% finishing rate. This gentleman is literally a finishing machine.

Khamzat Chimaev (6-0) is the same, he does not have the same total number of fights, but we are still looking at a 100% finishing rate (3 KO/TKO, 3 submissions). John has been finished by submission 5 times in his career so that is something that Khamzat may want to invest in, but we are likely in for a great scrap here.

Lerone Murphy (8-0-1) has not been given an easy introduction into the UFC, a short notice replacement for Zubaira Tukhugov was his debut, which he fought valiantly to a draw. In his second outing he is fighting Ricardo Ramos (14-2), who recently coming to the featherweight division will be looking to continue his ascension up the rankings.

In his fight against Tukhugov, Murphy showed a lot of well roundedness, giving a very solid account of himself given the short notice. He will be looking to another finish to his 63% finishing rate here. Ramos, however, is no joke holding a 71% finishing rate himself. People will remember his ruthless KO over Aiemann Zahabi and his slick first round submission over Luiz Garagorri in his featherweight debut.

Fellow Liverpudlian Chris Fishgold (18-3) has a fantastic fight tomorrow night. Chris, a phenomenal grappler boasts 13 submission wins of his 18. Jared Gordon (15-4) has never been submitted in his MMA career, all of his losses have come by way of KO/TKO, so this is a very interesting matchup to see whether Chris can get the fight to the mat, and search for the neck of Gordon.

Gordon however, in his last 4 has lost 3, so will be extremely motivated to get a big win against a big European name. Neither of these men are rarely in a boring fight.

If people are looking for the next title contender from the UK, look no further than the 135 division. Jack “Tank” Shore, (alongside fellow 135’er Nathaniel Wood) looks every bit like the future of British hopes for a UFC title. He made good on his UFC debut finishing Nohelin Hernandez with a rear naked choke after a one sided 3 rounds. Jack’s style is dominance, he will push you to the cage, take you down, and make you wilt under relentless grappling and ground and pound. A 92% finishing rate shows you what happens when he gets you to a position, he is comfortable with.

Aaron Philips (12-3) will be doing his absolute best to stay away from Jack’s grappling and keep the fight standing. 50% of his wins have come from KO/TKO, his last outing in Valor Fighting League saw him take home a 1st round TKO victory over Ariston Franca (he was the main event). Aaron takes this fight on truly short notice, only getting the call last week. But this the UFC, and not many fighters turn down the call when it comes.

This might be the pick of the fights for the British contingent over the next couple of days. All action striker Marc Diakese (14-3) comes into this bout with a change of opponent. Initially he was to take on Alan Patrick, who had to pull out of the bout due to injury. Marc has done a lot of growing inside the octagon, after his first 3 fights in the UFC, he had 2 viral knockouts, none more sickening than the finish over Teemu Packalen at UFC London in 2017. After 3 straight losses (Klose, Hooker and Haqparast, all of which have aged well) we saw Marc come out against Joseph Duffy and show a more methodical, calculated style, with vast improvements to his grappling he looked a mature fighter. The same in the Lando Vannata fight, Vannata a seasoned striker was well beaten by Diakiese.

Step in Rafael Fiziev (7-1). What more needs to be said about this mans striking credentials other than he is the head striking coach of Phuket Top Team and is not a Thai native. Of his 7 wins, only 1 has come by way of decision. That being his UFC debut against Alex White, we saw then the striking ability of Fiziev. An excellent array of kicks, knees and punches took him to a decision victory. This has the makings of a classic, two extremely high-level athletes and strikers with the ability to finish each other at any moment sounds like a recipe for a barn-burner.

Ex-Cage Warrior champion Nad Narimani comes in looking to right the wrongs of his last UFC outing. After winning the featherweight belt from Paddy Pimblett in Liverpool, he got the call to enter the UFC, putting together two good wins. An all-England clash saw him pick up only his second loss, and first loss by stoppage against Team Kaobon representative, Mike Grundy (who fights Movsar Evloev on the Darren Till under card). Expect solid fundamentals, and good grappling from Narimani, having moved out to Team Alpha Male you can also now expect a slick Guillotine. Like the one he hit in 2016 against Daniel Requeijo which took him to that Cage Warriors title bout with Pimblett.

His opponent, Grant Dawson (15-1) is a finisher. 14 of his wins coming by stoppage, 11 of those submissions, and an insane 9 of those submissions are rear-naked chokes. A heavy top game like Narimani could play right into the hands of the excellent submission artist Dawson here, and having had 4 wins already under the UFC banner, 3 of those rear-naked choke wins, can Narimani stay away from the slick ground game of Dawson?

Welsh native Brett Johns (16-2) is on the rebuild. 3 wins in his first 3 UFC fights then led to his only 2 professional losses. Those losses came at the hands of #1 contender Aljamain Sterling and #5 Pedro Munhoz, no shame in those losses whatsoever. In his last outing against Tony Gravely, Johns chased the finish aggressively, and in a back and forth grappling match, eventually sunk in a rear-naked choke middle way through the 3rd.

Montel Jackson (9-1) on the other hand is on a 3-fight win streak, picking up wins over fan favourite Brian Kelleher (submission) and Andre Soukhamthath and Felipe Corales (decision). Experience may play a factor here for Johns, having almost double the fights as his opponent, he will be looking to exert that experience and continue his rebuild back up the rankings of the bantamweight division. Jackson, will be looking to pick up the biggest win of his career and extend his winning streak.

Irish Joe Duffy (16-4) is on a similar rebuild. Plagued by injury, Duffy has not been as active as he would have liked. His last outing coming over a year ago in his loss to Marc Diakiese in March of 2019. His UFC record however, does not speak to his level of skill. A fantastic boxer and an underrated grappler, and the famous win over Conor McGregor way back in 2010 has always lingered around Duffy. But with a fight booked, and a trip to Yas Island he will be looking to get a good win on Saturday night.

Joel Alvarez (16-2) is 1-1 in the UFC, dropping a decision loss to Damir Ismagulov and then finishing Danilo Belluardo by TKO 4 months later. He, however, has also been inactive for just over a year and will look to put his 100% finishing rate to good use. Favouring submissions (14), and having a good variety of Triangle, Guillotine and Anaconda Chokes on his record, he will want to take Duffy away from his superior boxing, drag him to the mat and submit him.