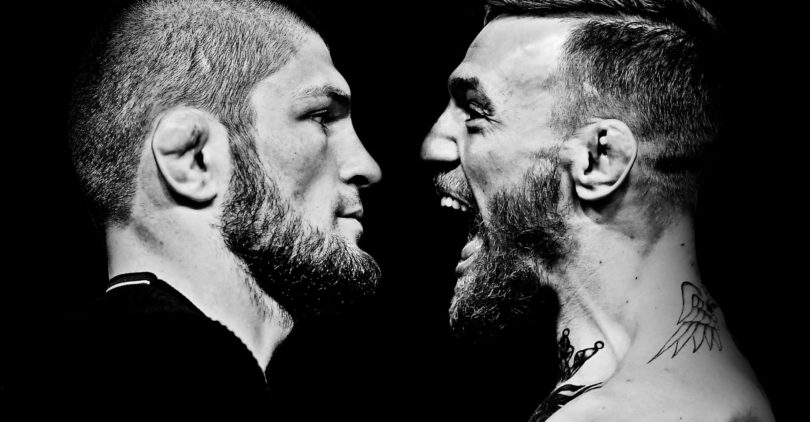 Moments after the UFC 229 main event have shrouded the sport in a dark cloud, but how will it be remembered?

The bell rings and Khabib Nurmagomedov releases the rear naked choke from the chin of Conor McGregor and this is where it turns sour. During the split, you can see Khabib scream at Conor and actually spit at the Irish fighter. Weeks of McGregor’s torment on social media and press conference insults have finally taken its toll on the Russian. Instead of the gentlemanly thing of lifting his opponent up, getting his hand raised and receiving a nice paycheck, Khabib turns to McGregor’s corner with fire in his eyes.

The Fight after The Fight

First, he plucks his mouthguard from his mouth and launches it at the cage wall, followed by himself. After vaulting over the cage like a parkour expert, he proceeds to launch a flying kick, like an eagle hunting its prey, straight at Danis’ head.

The resulting scenes end up in a mass brawl that spills out into the crowd with Nurmagomedov and Danis exchanging blows until the Vegas police force break up the two fighters.

Meanwhile, Conor is still in the cage recovering from his loss, when out of nowhere he gets sucker punched by Khabib’s friend, teammate and UFC fighter Zurbaria Tukhugov. Tukhugov, who was meant to be fighting Mcgregor’s teammate Artem Lobov, at UFC Fight Night 138 in Moncton, vaulted over the cage and landed two flush punches on McGregor.

After the chaos slowly dies, Khabib demands his belt, only to be denied by UFC President Dana White saying “If I give you this belt, people are going to start through things into the Octagon”. Finally, Khabib is lead out by police, to leave Bruce Buffer alone in the ring to declare him the winner and still Lightweight champion.

The fight itself was actually an excellent four round affair, with both fighters dishing out their fair share of damage. The first two rounds go to Nurmagomedov for his dominating wrestling and ground and pound, and McGregor’s striking in the fourth. Overall it was an exciting matchup but it wasn’t the best bout of the night.

The fight between Tony Ferguson and Antony Pettis was a brawl to remember. Both fighters had huge exchanges, with Pettis rocking Ferguson multiple times in the second round. Ultimately, the fight was called off at the end of the second round after Pettis was unable to continue due to a broken hand. An incredible save by his corner team, in a world where teams would rather see their fighter die in the cage instead of having them quit due to injury.

In The Hands of the Commission

In the UFC press conference UFC President Dana White stated that after reviewing the footage, McGregor received his purse while Nurmagomedov’s cheque was being withheld until further investigation. He said this is out of the UFC’s hands and everything will be decided by the Nevada State Athletic Commission. But we’re probably looking at Khabib facing heavy fines and possibly a heavy suspension from the sport.

But what does this do for Mixed Martial Arts? In a sport that is already shrouded in violence and controversy, this just adds another black mark to a sport that’s desperately wanting to clean their act up. This had shades of Tyson vs Holyfield, but like they say “Any news is good news”, the next few weeks will be a pressing time for Dana and his team.

Also, shout out to Mystic Shaub who predicted something crazy was going to happen!