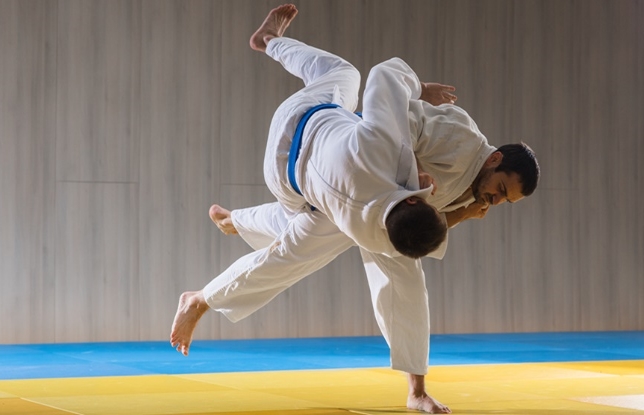 In judo, repetition training is called Uchikomi. Uchikomi was an original concept in kendo. Though the origins of Uchikomi is from the old training methodologies, it is something backed by science. Uchikomi’s purpose is to build muscle memory. However, there are also those who oppose the idea of Uchikomi.

Utsu in Nihonggo means “to beat against” and it has been commonly misinterpreted for the word Uchikomi that means “fitting in”.

How to Perform Proper Uchikomi

There are different ways on how you can perform an Uchikomi. However, one general rule that you have to follow is to make sure that you understand how the throw works before you perform repetition training. If not, you will end up doing wrong mechanics, making your Uchikomi useless or doing more harm to your overall progress than good.

Once you know how a throw works, it is important to perform an Uchikomi to build muscle memory. Uchikomi is an important part of getting a throw right simply because you get to correct all the important parts of a throw—Kuzushi, Tsukuri, and Kake. Kuzushi is the off-balancing, Tsukuri is the entry, and Kake is the throw itself.

During Uchikomi, it is possible to work all these parts in a throw. However, it’s common to see judo clubs to see judokas perform only the Kuzushi and Tsukuri multiple times before completing the entire throw. It means that if you’ve done 5 Kuzushis and 5 Tsukuris, you only get to do 1 Kake.

To properly do Uchikomi, you want to do things slow first before picking up the speed. Once you understood how the move works, you can do it at full speed and even start doing different variations.

A common Uchikomi is doing it with a partner. When picking a partner for Uchikomi, it is important to try it with different body types. It gives you an idea of how to execute the move regardless of the opponent’s physique. Uchikomi with a partner is also a chance to try different reactions with your uke.

To get the most from your Uchikomi, you will need to have a good uke. A good uke shouldn’t be too stiff or too frail. It is important to give the proper reaction and the right amount of resistance enough to improve the tori’s timing.

What makes Uchikomi a good thing is the fact that you can do it on your own. There are a few variations that you can do when you don’t have a partner. A minimal approach is to use your belt and tie it to a pole. From here, you can do your Uchikomi. Another option is to have a dummy wear a gi. This will give you a more realistic approach when it comes to gripping. Also, bands are becoming popular when it comes to Uchikomi training sessions. Bands are good for providing a bit of resistance. It helps in developing speed, especially for your entry and off-balancing.

The Value of Uchikomi in Developing a Judoka

A judoka should have an understanding not only of the throw but also of the other factors that can affect his throws. Height and different reactions are common things that you can mimic during Uchikomi. It allows you to perfect different parts of the throw to ensure the best results.

In addition to this, you can also perform your combinations and not just one move. You can practice doing your backup throws depending on how the uke reacted. It teaches a judoka to not just rely on a single move. It gives him or her the chance to get creative and learn different setups that could lead to a successful throw.

Uchikomi isn’t a perfect training method for all throws. For instance, you don’t see Tomo nage being used in Uchikomi practice. Typically, you get to see throws that are in forward motion being used for Uchikomi training.

A good alternative that can be used for throws that can’t be done on Uchikomi is drilling. Drilling is not exactly popular in judo compared to Brazilian Jiu-Jitsu. Top Brazilian Jiu-Jitsu competitors drill for hours working on a specific scenario to ensure that they cover most reactions of their opponents.

So what’s the right approach in judo? For judo, it is possible to look at different configurations. Though it can’t be a replacement for an actual randori, drilling can be a good alternative especially for moves that can’t be covered in Uchikomi.

Because of this, there are a good number of schools that have abandoned the use of Uchikomi in their syllabus. In the 1960s, a book written by GR Gleeson entitled Judo for the West discussed the problems in doing Uchikomi.

In the book, the static repetitive motion has been criticized saying that there are no common patterns to the actual performance of a throw. In addition to this, since finishing a throw is rarely practiced during Uchikomi, a huge gap is typically seen as players fail to execute the throw correctly, therefore putting the effectiveness of Uchikomi in question. And lastly, the book also mentioned that the uke is static which isn’t present when dealing with an actual live opponent.

Modern judo still makes use of Uchikomi training. It may have its critics, but for the longest time, it has developed speed and accuracy among judokas. Though it doesn’t apply to all throws, it covers a decent number of throws from Seo Nage to Uchimata. Not only does it teach judokas the proper execution of throws, this also gives them an idea of how to play with their opponent’s weight.

But of course, Uchikomi isn’t the only thing that can help judokas improve their throws and their combinations. If your throw can’t be done in repetition training, you can always seek alternative options such as drilling. When used in combination, it can yield the best results for judokas.