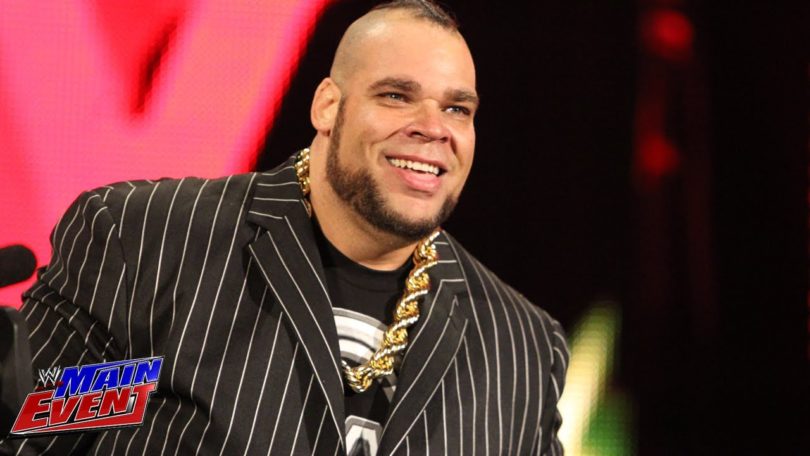 Tyrus is part of a growing trend of wrestlers transitioning to film and TV with great success. Now a political correspondent with Fox News over in the States and starring in the new Netflix female wrestling serious, Glow.

Still actively wrestling with Impact, Tyrus spoke to us about his time in the WWE and getting his match cut from Wrestlemania 29. We also discussed the political landscape and how the nation is divided. You can listen to the full interview below:

ON HIS TIME IN THE WWE:

I mean I had accomplished a goal I had set at 10 years old, I told my mum at that time that I was going to be a wrestler one day, and I was going to be champion, everyone looked at me like I was crazy. I learned a lot about myself there as far as character stuff and made some friends who will be friends forever. I enjoyed my time there, I wish I could have left things on a better note, but we left things on a positive term. I think it worked out well for me in the long run, I wanted a lot more freedom and a chance to reinvent myself, sometimes you cant always do that when you get put in a certain lane.

ON HIS WRESTLEMANIA 29 MATCH BEING CUT:
Probably the biggest thing for me was my Wrestlemania match getting cut; I don’t think I ever really mentally recovered from that. So that for me was a very draining and disappointing situation. Although I have had some great moment in the WWE and Wrestlemania, I never had my moment in the ring, so for me mentally it was a lot. To work so hard and finally get your match – if you do great in that match usually it springboards you up, and not to get that opportunity was tough for me. After that to say I had an attitude problem is an understatement, which is on me, I didn’t handle it well.

ON HIS ROLE IN THE NETFLIX SHOW GLOW:

It’s funny, Carlito is my brother, we are part of a wrestling family for one of the Glow girls, and our father is a legend. He doesn’t want his daughter wrestling, we touch on that whole thing where ‘it’s good enough for the boys but you deserve better’, so that’s the dynamic. I am kind of a goofball, and Carlito is a goofball and we have great hair, our hair is always amazing. I made a joke on the set that our houses aren’t great and our car is terrible, but man we’ve got great hair.

It was a lot of fun and it was great to see Carlito again. We actually do a match and the joke is on us as in movies and TV there is different camera angles, so we literally had to wrestle each other 20 times. I had to catch him a bunch of times for different takes, at one point I was like “Man this is a rib, this is a joke on us” because when you have to do the same cross body from the top rope 15 times is not a great feeling.

He [Trump] was elected so he does have a lot of support. Here is the thing, most Americans don’t give a rat’s ass, they really don’t. You know – they pay their bills, they pay their taxes, they work to take care of their families, the election is over they went back to their lives and hope the president does the right thing. They aren’t running around the streets screaming “Trump’s coming, it’s the end of days”. We have a very liberal mainstream media that does not support the president and any story that is put out they are going to go that way. It was the same thing when Barack Obama was president, the right part of the mainstream media, Fox and stuff like that, would roast him for it too. America has always been divided and we have gotten to this behavior where “If my team doesn’t win I want to take my ball and go home”, that’s just where we are at right now. Hopefully we get out of that, there is a lot of cry babies in the United States right now.

Make sure you catch Tyrus in the new Netflix show Glow