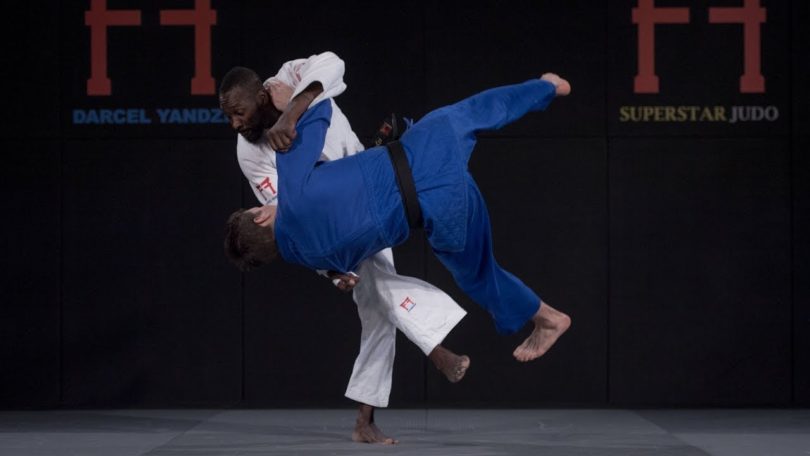 A good way to win judo matches is to use your opponent’s strategy against him. That’s a common concept used but those who love to do Tomo Nage or counter an Osoto Gari with their own Osoto Gari. That’s what makes judo such a great martial art.

Tsubame Gaeshi is a perfect example of this concept. Tsubame Gaeshi is translated as “Swallow Counter”. It’s a move that is typically used to counter an Ashi Waza or a foot technique with your own De Ashi Barai.

Tsubame Gaeshi is a judo throw that falls within the 17 techniques of the Shimmeisho no waza. It has been recognized by the Kodokan in 1982. This technique is a reference to the famous swordsman Kojiro Sasaki who lived around the late 1500s.

Why Foot Sweeps Can Be Considered a Game Changer?

Foot sweeps are among the most common techniques used in Randori and in actual judo tournaments. The reason why it is a favorite among judokas is the fact that it won’t require a lot of power. Foot sweeps are even among the first techniques taught to white belts simply because it doesn’t require huge movements and coordination.

In addition to this, you also get to combine different foot sweeps in succession. In some instances, it can even be used as a setup for different moves. This is also the reason why foot sweeps are quite common across all levels of judokas.

By reverse engineering this thought process, you have a window of opportunity to take advantage of this mentality among judokas. Instead of simply backpedaling and defending the throws, you can also perform your foot sweep counter-attack.

Kaeshi Waza or counter techniques are done to reverse a throw that was given by an opponent. It consists of transforming the opponent’s Waza with your counter-attack Waza. To successfully pull off a Kaeshi Waza, it is crucial to perform Uke-kata otherwise known as a blocking technique along with a Tai-sabaki or a body shifting.

If you observe matches even in the Olympics, it’s common in judo tournaments to lose from a Kaeshi Waza. Commonly, stronger opponents tend to go hard to get the throw leaving the other player with an opportunity to perform a come-from-behind Kaeshi-waza.

How to Perform a Tsubame Gaeshi

Tsubame Gaeshi is applied when the opponent attempts for a De Ashi Barai or a forward foot sweep. Once the Tori executes the foot forward to sweep, the Uke will then take out his or her leg. However, instead of finding his or her base again with the foot that was removed, the Uke will then become the Tori by performing the same sweep on the outside part of the leg.

This move is also coupled with an upper-body grip. Typically, it involves a collar and a grip on the triceps allowing you to wheel the opponent towards the direction of the leg that is being swept.

One of the things that make the Tsubame Gaeshi a difficult feat in an actual competition is the fact that it involves great timing. You will have to remove your leg at the right time and catch your opponent’s leg while it hasn’t landed on the mat. It means that you are going to execute the throw when the opponent hasn’t maintained his base again.

To make the move work, you need a Tori that is committed towards the forward foot sweep. A lot of times, judokas only use foot sweeps to be able to get a reaction from the opponent. They throw without really committing to the move, thus making it difficult to catch the person and cleanly perform the Tsubame Gaeshi.

Ways to Increase the Chances of Success

The Tsubame Gaeshi is meant for deception. It means that you want to execute this throw when you are moving backward. This gives your opponent the signal to continue attacking your leg. Also, if you are going to perform this move, it is not enough that you are going to perform an Uchikomi of De Ashi Barai or a foot forward sweep. It is also important to understand the nuances and slight differences.

You also have to realize that it isn’t just all about the leg movement. You need to make sure that you also have a good grip on the upper body. A collar and tricep is a good choice of grip for this move. You will be able to perform your off-balancing easily if you have a good grip.

Setting Up Your Attack

Tsubame Gaeshi is also a good way to set up your barrage of attacks. You need to be open to the possibility that the opponent has already stepped on the mat making it difficult to finish your foot sweep. If it fails, you can easily commit to other throws connected to your initial configuration such as an Osoto Gari or an Ouchi Gari.

Risks When Performing The Tsubame Gaeshi

There is also a risk of getting thrown if you plan on using the Tsubame Gaeshi as part of your arsenal. To understand the risk, you have to keep in mind that you are removing the leg almost at the last moment before the Tori successfully touched your outside leg. Removing your outside leg by bending your knee leaves you vulnerable to other throws especially if the Tori intend to simply create a reaction. This is something common especially among players who want to keep you guessing.

The moment you lift your leg, it also means that you are relying on just one leg for balance. This could make you vulnerable to other attacks from your opponent. In addition to this, there is also a chance that the opponent is still going to hit the leg you were trying to remove. If caught midway in the air, coupled with a good Kuzushi, it could complete the De Ashi Barai.