If you didn’t know about Fallon Fox, she is probably the most well-known transgender female wrestler in the world and is also a former MMA fighter. Early in her life, around the time she was between the ages of 5 and 6, Fallon remembers struggling with her gender and her identity. Growing up as a boy, when she reached her teenage years she believed she was actually a homosexual man until she discovered the term “transgender,” although she still lived as a biological man. Even though he believed this, Fallon married his girlfriend at the age of 19 and also had a daughter with her.

Shortly after their marriage, Fox enlisted in the army to support their family. After leaving the Army, Fox went to college but left citing continuing psychological stress problems because of their unresolved gender issues. Finally, in 2006, the fighter Fallon Fox travelled from Chicago to Bangkok with his daughter and the gender reassignment surgery necessary to become a woman.

Fallon Fox ultimately came out as transgender on March 5, 2013. This was during an interview with journalist Cyd Zeigler, following her two initial professional fights in the women’s division.

When the transgender fighter Fallon Fox aka The queen of swords decided to start her career in MMA there was a lot of controversy surrounding the licensing process. Many known fighters and commentators were against issuing the license, including Joe Rogan, but she had the green light to fight in the women’s divisions in MMA.

In 2013 Fox applied for an MMA fighting license in the state of Florida, which was the cause of some controversy due to her previous gender

In 2014 Fox was fighting her female opponent Tamikka Brents. Ultimately it should have been just “another fight” for Fallon and Tamikka Brents, if Tamika did not suffer serious injuries before she was finished via TKO.

Everything happened in the first round within the first two and a half minutes. It was a messy, bloody fight and not easy for everyone to watch. During the fight Tamikka suffered a concussion and fractured her orbital bone in her skull and Fallon Fox didn’t stop until Tamikka Brents was finally TKO’d. After the fight she received several staples in her head and skull.

After the fight, Tamikka Brents gave an interview where she went on to say she had never felt so much power and strength in any woman before she fought Fallon Fox.

I have struggled with many women and I have never felt the strength I felt in a fight like that night. I can’t answer whether it’s because she was born a man or not because I’m not a doctor. I can only say that I have never felt so dominated in my life and that I am an abnormally strong woman in my own right? I still disagree with Fox’s struggle. Any other job or career that I say I try, but when it comes to a combat sport I don’t think it’s fair.

Although, the athlete’s career hasn’t all been filled with controversy. Fallon Fox’s other notable fights include going up against Ashlee Evans-Smith in 2013. This match is where the transgender fighter Fallon Fox suffers her first loss in mixed martial arts.

Evans Smith would then go on to dominate the transgender MMA fighter in the second and third round of their MMA fight until she mounted Fox and finished with ground and pound to defeat Fallon Fox via TKO. 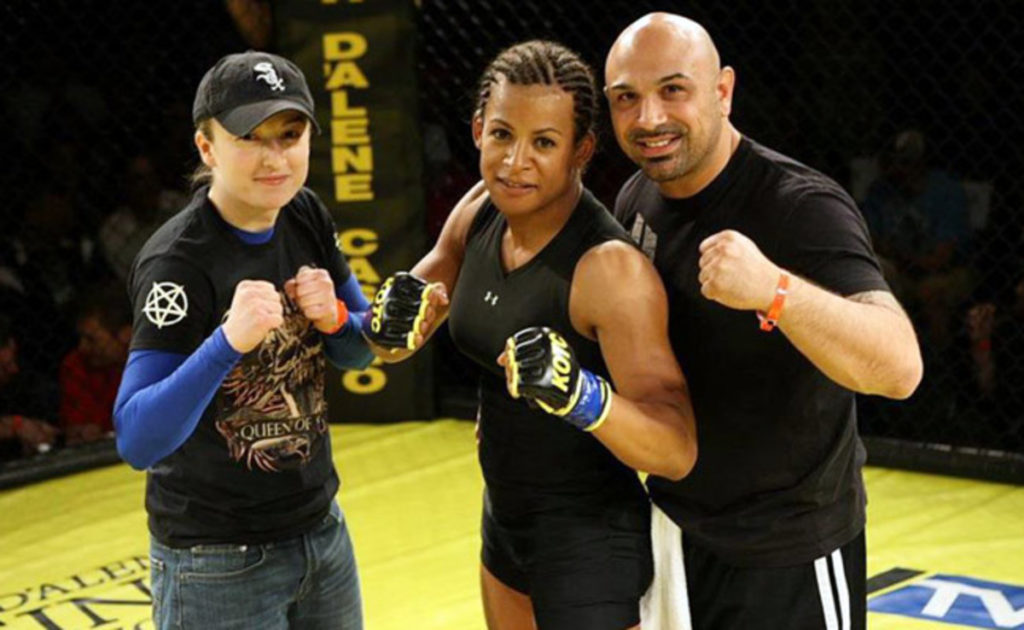 The emergence of Fallon Fox into the limelight brought so notable backlash against her. Recently recruited UFC fighter Paul Costa blasted Fallon for her roll in the controversy.

The middleweight has taken issue with transgender fighter and has offered to settle their dispute inside the cage. Costa has also said he wants to take the fight for free and held nothing back in a video posted to his facebook page earlier this week.

In the rant, Costa went off on Fox herself and the promoters who choose to book her to fight.

He was born a man, and he is a man, even though he calls himself a transsexual,” Costa said. “It’s absurd cowardice, not only by him but also by the promoters of any event that has accepted this kind of absurdity. He has simply annihilated the girls who have fought against him. They were slaughtered, they put their lives at risk, they put their physical integrity at risk. I don’t want to get into [the personal aspect] of his choice, to be transsexual or not, homosexual or not. What happens here is that a man is fighting against girls, against women, as if he were one. This is absurd, and it can’t be accepted.

While Fox has made plenty of headlines throughout her career, it’s been nearly three years since she last competed. However, her fight in 2014 still haunts her to this day.

However, Costa isn’t the only person in the MMA world to oppose her. UFC color commentator and podcaster Joe Rogan also sounded off about the issue in 2013.

She wants to be able to fight women in MMA; I say no fucking way. I say if you had a dick at one point in time, you also have all the bone structure that comes with having a dick. You have bigger hands, you have bigger shoulder joints. You’re a fucking man. That’s a man, OK?

In response to Joe’s comments, Fallon decided to call Rogan out, and demanded for an apology from the commentator, saying.

The world was wrongfully caving in on me, many of his fans attacked my social media repeating much of the hurtful rhetoric and misinformation that Joe said on the air. I was simply not feeling up to responding at that time. I also thought it might be possible that he would correct himself on a long enough timeline. I figured that maybe those around him might help see him through all that. It’s been a while. That hasn’t happened.

While other people have been sounding off about this issue, there have also been some fairly level headed responses.

I don’t understand the problem. I’m constantly told that men and women are equal and that gender is a social construct. I’m constantly shown “badass women” on TV and in movies that can beat up men easily. I’m told a woman can do anything a man can do. DOVE commercials show that girls can run, punch, and jump just as well as men. So…why shouldn’t men fight vs. women? Why segregate sports? If transgender people can use the bathroom which matches their gender identity, why can’t they choose the UFC gender class that matches their gender identity? You’re not a transphobic/sexist bigot, are you?

Other high profile stars of MMA have also voiced their opinion about Fox, including Ronda Rousey. Ronda Rousey public stated that she could “cut her pecker off” but would still “have the same bone structure as a man”. The UFC also suspended Matt Mitrione following a public spat during The MMA Hour show.

Medical experts in the field have refuted these claims. Dr Eric Vilain, director of the Institute for Society and Genetics at UCLA, examined Fox’s medical records, told Time Magazine that “a male to female transsexual athlete has significantly less muscle strength and bone density, and higher fat mass, than males”. Indeed, the transition could mean a hormonal disadvantage for Fox because of her low testosterone levels.

So what do you think about the role of transgender people in the MMA world? If the role was reversed and a Female to Male athlete started to dominate the male divisions, what would the opinion be then?

Who did Fallon Fox Fight?

Did Fallon Fox Fight in the UFC?

No, Fallon Fox has never fought in the UFC's women's division.

No, Rogan is a professional comedian and commentator in the UFC. He was a high-level Taekwondo fighter but has never fought in an MMA fight.