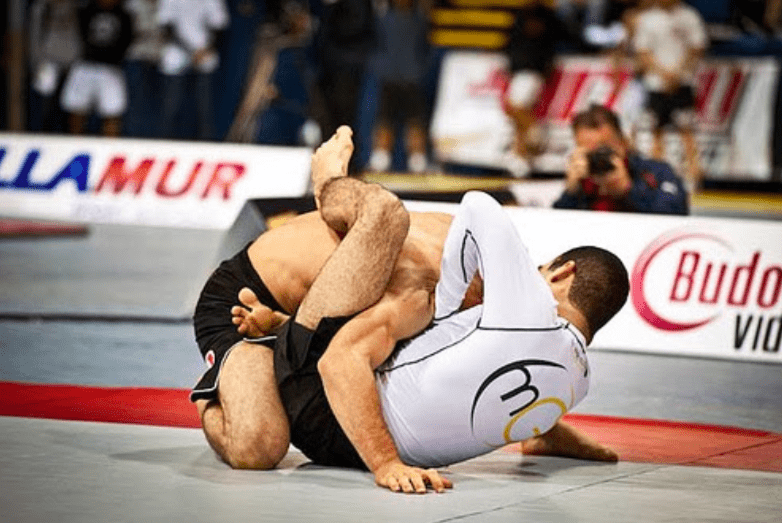 It took the Jiu Jitsu world a while before they figured out that Marcelo Garcia was doing his guillotines a bit different than everyone else. Since then the “Marcelo Guillotine a.k.a Marcelotine” has become many top competitors go to variation. Here’s the man himself explaining the basic set-up from butterfly guard:

Another highly successful adaptation of the basic guillotine choke is Marcelo’s finish from the mount position.

There are many good instructional videos for this technique on MGinAction.com, however you need a subscription to access them. Marcelo has two main ways of setting up the mounted guillotine. One from the regular butterfly guard guillotine, and one from the top of side control (he has others, but those are the ones he uses at the highest percentage).

I’ve found that the best time to do this technique is when your opponent defends your first guillotine attack, but you still have butterfly guard (or your switch to butterfly from closed guard as Sheilds shows). From here, you can try to sweep. If his arm is trapped or he doesn’t post, he’s getting swept to mount for the finish. If he is able to post his hand the space he gives you will allow you to readjust and finish from guard.

The second variation, from top side, is best illustrated in this video of Marcelo hitting it on Jake Shields in the short-lived Professional Submission League:

Marcelo tends to pass half-guard by back-stepping onto his far hip and pushing out of the leg triangle. In this position (reverse Kesa Gatame), he wraps his opponent’s head. When they bridge into him, he’s able to quickly post his leg back, which he uses to push back on top of his opponent while securing the guillotine. If he does get bridged over Marcelo will finish in the guard position, although this rarely happens in competition.

Other ways I’ve seen Marcelo hit the mounted guillotine are from a front flip over the opponent’s guard, bouncing back into the mount (really), and from the top of his opponent’s turtle, like he did against Kron Gracie in their 2009 ADCC match.

This is a technique I use a lot, and although it’s predictable everyone still finds themselves in it. The increased leverage of this technique over the traditional guillotine makes it an efficient and deadly choke.