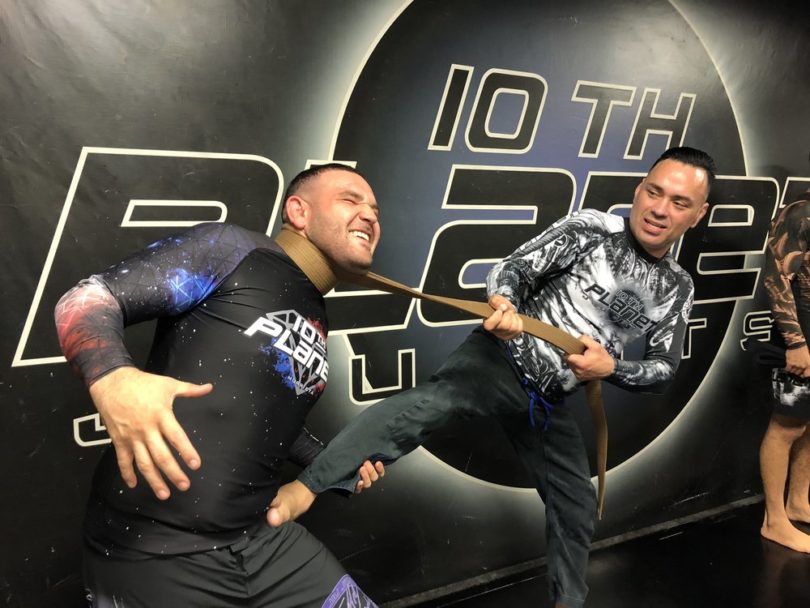 10th Planet over the years has encountered controversies ever since it was established. 10th Planet has become the anti-thesis to a gi-centric dogma that Gracies made Jiu-Jitsu practitioners believed. The man behind 10th Planet, Eddie Bravo, isn’t the type who will shy away from controversies. Aside from his opinion regarding Earth being flat and renaming BJJ moves and positions, his school emphasized on finishes rather than scoring for points.

These days, it is common to see people train only in nogi. You have the likes of Gordon Ryan and Nicky Ryan who train mostly in nogi and compete in nogi tournaments. And these days, nogi submissions only competitors are getting paid a hefty sum. However, in the early 2000s, abandoning the gi is something that can easily get you alienated by the community. However, Eddie Bravo along with his 10th Planet System was able to carve a niche that translates better in MMA.

In 2003, Eddie Bravo started 10th Planet Jiu-Jitsu in Los Angeles, California. The goal of his school is to develop a grappling system that is effective not only in getting points but in finishing an opponent. During this time, it is unheard of to simply train without the gi.

Eddie Bravo is a Jean Jacques Machado black belt who gained notoriety as the one who beat Royler Gracie in 2003 ADCC. On the way to facing Royler Gracie, he also defeated Gustavo Dantas via rear-naked choke which was also considered an upset.

Though Eddie Bravo lost to Leo Vieira in the finals of the 2003 ADCC, what made 2003 a breakout year for Eddie Bravo and his school is the fact that he defeated Royler Gracie using rubber guard that led to a tight triangle choke to finish Royler Gracie. Royler during that time was touted as one of the toughest competitors in the 66kg division. After ADCC, Eddie Bravo was awarded by Jean Jacques Machado his black belt.

Expanding the Boundaries of Jiu-Jitsu

Joe Rogan and Jean Jacques Machado discussed in a JRE episode that Eddie Bravo figured out a way to change the closed guard and make it more useful in an MMA scenario. Instead of the regular closed guard, the rubber guard allows the bottom player to remove the space and break the posture. This allowed the person at the bottom to stay safe from ground and pound. And from there, he was able to set up his submissions. If the person on top moves recklessly, 10th Planet’s system opens up opportunities that can catch the person in a submission.

Rather than being a grip dependent grappling system, the 10th Planet System relies on clinches. It allows practitioners to still utilize the same concepts in Brazilian Jiu-Jitsu minus the gi.

Some of the most notable players who experienced success in using the rubber guard included BJ Penn. BJ Penn is considered by many as one of the all-time greats at 155. He is also the first American to win a world championship in gi jiujitsu. Penn using Eddie Bravo’s rubber guard especially during his years as UFC champion proved the effectiveness of the system. 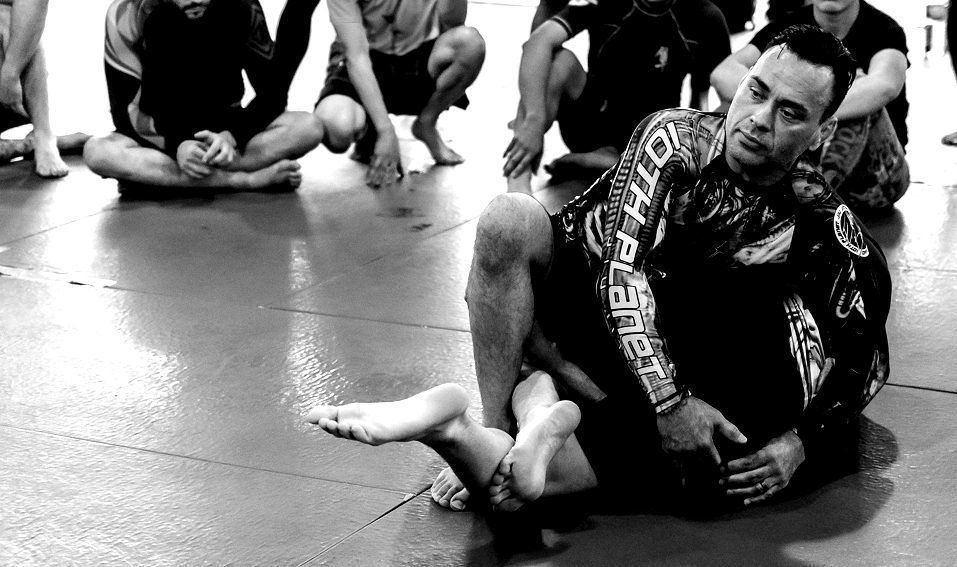 Starting a movement that trains only in nogi sparked criticisms from a lot of gi practitioners. It has even been seen as a gi vs. nogi debate especially online. However, Eddie Bravo made it clear that he is never anti-Gracie Jiu-Jitsu. On numerous occasions, he went on Joe Rogan’s podcast saying good things about the Gracies.

One popular criticism against the 10th Planet System is the lack of ADCC or IBJJF Nogi World Champions. Despite being focused in nogi, there’s no single black belt world champion that came from the school. Even in the past ADCC, most practitioners who won their respective divisions trained regularly in gi and only transitioned to nogi months before ADCC. You can argue that even Gordon Ryan trained in the gi. Gordon Ryan is a champion in both IBJJF nogi and ADCC.

In addition to this, there were questions about whether Eddie Bravo started the 10th Planet system. Nino Schembri mentioned that Eddie Bravo stole his moves and simply renamed them. In particular, he mentioned that he came up with the gogoplata and some variations of the rubber guard that made Eddie Bravo popular.

But of all the arguments against 10th Planet, one thing that can’t be denied is the fact that the system isn’t exactly for everyone. A lot of moves taught by Eddie Bravo required a lot of flexibility. The rubber guard has been seen as a move that requires the practitioner to have flexible hips.

Eddie Bravo along with his 10th Planet System compared the gi to a “Japanese Superhero Costume” that is useless and impractical especially when training for MMA. Though his argument is valid, discarding the gi in training jiujitsu proved to be more counterproductive than productive. And though he was able to broaden the horizon for a lot of people by introducing the rubber guard and other moves from 10th Planet System, his system failed to adapt to new and effective techniques. Techniques such as Dela Riva, X-Guard, and Deep Half Guard are alien to their system.

Instead, 10th Planet banked on Rubber Guard, Lockdown, and Twister. It’s a one-size-fits-all game that they give to all their students. Don’t get me wrong though. These moves are effective for hobbyists or those who use it as lower belts. But the fact is that you don’t see it being used a lot in high-level tournaments.

Now that there are academies that are more focused on nogi such as the Danaher Death Squad, 10th Planet can be considered as an innovator that started the nogi movement. Though it is far from being a perfect system, it has opened our eyes to how jiu-jitsu should be played in MMA and how we can still be effective without the gi.