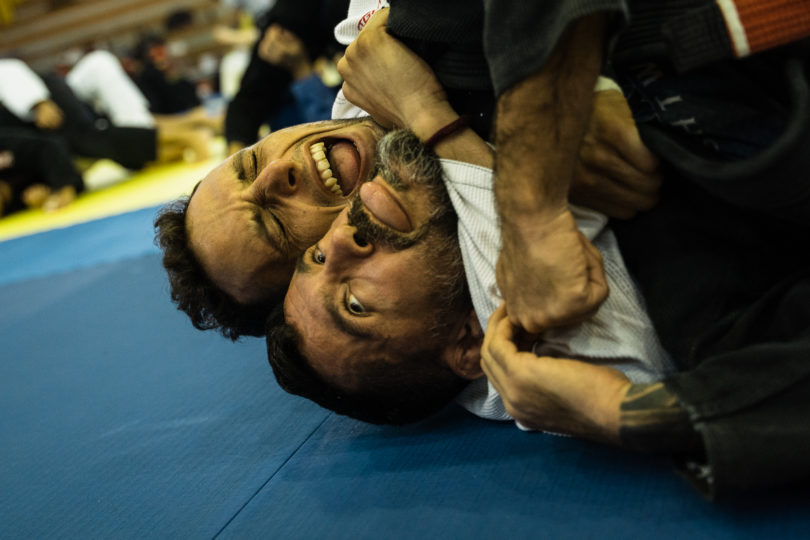 When you’re into sports, it’s evident that there is no such thing as knowing too much about your game. It’s the same with BJJ, with many experienced BJJ players regretting not getting all the info from the beginning.

One may think that it’s only the BJJ (Brazilian Jiu-Jitsu) gear that you need to gather information, but any professional will tell you that BJJ takes a lot more than that.

Not all BJJ gear is fundamental (except for the Gi), but it’s always better to stay on the safe side. With BJJ being a strenuous sport, it makes sense that you get all the gear you need for protection.

Whether you’re training or you’re competing, you need to have the traditional uniform of BJJ, which is the Gi. The only exception is when you’re in a “No-Gi BJJ session,” but you can only do after practising for some time BJJ in a Gi.

The Gi includes three parts: the Kimono (jacket), the belt, and the pants. A newbie may not need to use the Gi in the first couple of training (he/she only gets familiar with the basics). However, you should buy a Gi if you’re planning to stick to it.

It’s not difficult to buy a Gi if you have some experience, but it can get tricky if you’re an entry-level practitioner. Due to the variety of styles and the high number of brands, any newbie may feel overwhelmed with the myriads of options.

Is the rash guard necessary in BJJ?

Typically made of spandex or lycra, the rash guard is a top that you may put under the Gi jacket. The name is a tail teller, with the rash guard reducing the risk for developing a rash. It creates another layer of protection on your skin, keeping rashes away from your skin.

But that’s not the only thing that a rash guard does. It can also reduce the friction burns caused by the mat or the jacket. Wearing the right rash guard is going to increase your level of comfort while training in BJJ. Don’t hesitate to visit MMAStation  to see what do you need in order to Start BJJ.

What kind of shorts do you need in BJJ?

Anyone planning to transition into no-gi BJJ should consider wearing shorts. The Gi pants may work too, but it’s not good for your game. They only give your opponent more fabric to grip.

When you wear shorts, your opponent isn’t going to have that kind of advantage. Let’s not forget that it’s more comfortable to wear shorts, anyway. But you should only buy shorts if you’re considering to try the no-gi BJJ.

What kind of protection do you need for BJJ?

Since it’s a contact sport, wearing protective gear always reduces the risk of injuries. Here’s what you need for BJJ:

What are the fundamental principles in BJJ?

BJJ isn’t only about the physical training, but also about the mental abilities. Here are some principles to obey when training in BJJ:

No matter what others may say, you do need some strength and fitness for BJJ. You’re not playing BJJ to get fit; it’s the other way around. the fitter you are, the better you’re going to be when playing sports, BJJ included

An adequate level of cardiovascular fitness is going to help your body recover faster between training sessions and matches. You can always reduce the risk of BJJ-related injuries when you have healthy joints, proper muscle hypertrophy, and resistance training.

You don’t need the gym membership or the expensive equipment for getting fit. A small space, a lot of dedication, and some workout videos are more than enough.

It may become intimidating in the beginning when you have to remember all the techniques and new principles of BJJ. Once you can use a skill, you can say that you’ve learned a technique. You don’t need to practice thousands of procedures. One that you master may even be enough in a fight.

Truth be told, nobody likes to submit in front of other peoples. But it’s your ego that leads to discomfort, and you should accept that some defeats are going to lie ahead of you (especially when you’re new to BJJ). You don’t learn BJJ to dominate people, but to learn about yourself a bit more.

It’s always difficult to correct a bad habit, so always focus on developing a new skill correctly right from the beginning. You shouldn’t hesitate to push your boundaries and still work on your weaknesses. Even you love fighting from the top, but don’t have a bottom game, you should concentrate on your poor skills too.

Whenever things get tricky, concentrate on them. Anyone hating to play from the guard should turn it into their no.1 priority when training. An experienced fighter attracts the opponent into the guard and continues from there.

At the end of the day, it doesn’t matter which positions or techniques are your strengths/weaknesses. BJJ gives you the opportunity (and any other sport for that matter) to always improve your skills so that you can master as many as you can. Remember that it may be impossible to know everything. But it’s also impossible to play BJJ and not to want to know everything there is to know in BJJ.