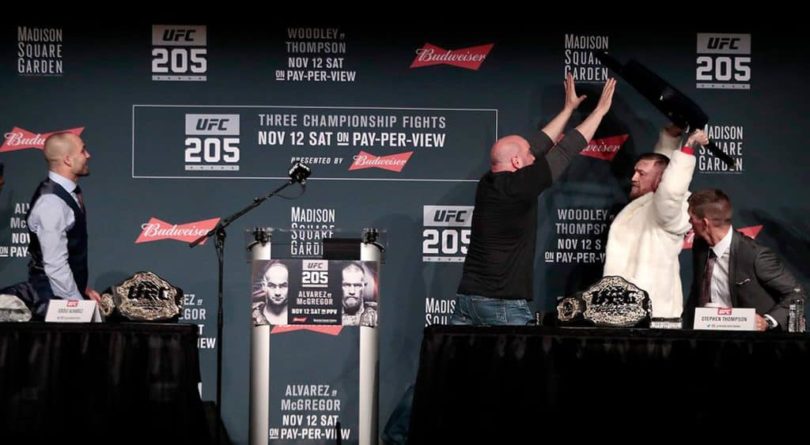 At last night’s UFC Pressor, ahead of 205, Conor McGregor and Eddie Alvarez have another exchange of words ahead of their fight in Madison Square Garden.

After Alvarez walks out from the press conference after McGregor is late, Conor appears and it all kicks off. “Sorry I’m late, “I don’t give a FUCK!” shout’s McGregor, he proceeds to take Eddie’s belt and place it next to his, in a stunt similar to when he stole Aldo’s featherweight belt. Alvarez returns the favour by taking his featherweight belt and that’s when McGregor loses it, it true WWE fashion The Notorious grabs his chair and attempts to throw it at Alvarez. Check out our predictions for this explosive match up here!