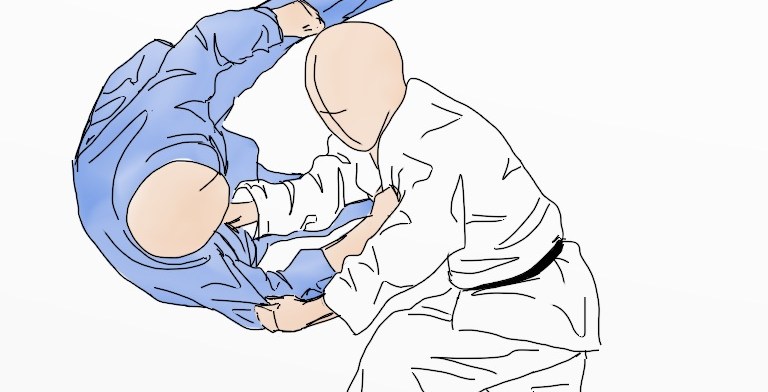 There are those common throws that you commonly see in tournaments. However, there are also those throws that you rarely get to pull off successfully during randori even against a less experienced player. These throws can be considered “exotic” among judokas. However, it is also important to know these throws and understand its mechanics.

You can consider Sumi Otoshi as one of those throws that you rarely get to see in actual competitions. It might look similar to an Osoto Gari only without the leg reaping the uke. Now, that’s what makes this throw tricky. Given the fact that a lot of judokas have a good base, this move requires timing and precision to be able to hit against an actual resisting uke.

Sumi Otoshi is part of the 40 original throws developed by Judo’s founder, Jigoro Kano. It is also considered part of the 67 official throws of the Kodokan Judo. This technique is considered as a Te-Waza or a hand technique.

Sumi Otoshi is translated simply as a corner throw. Hitting this throw requires looking closely at your opponent’s reaction. To be able to hit the move, you will need to also combine it with other throws and combine proper off-balancing and changing your angle.

How to Do a Sumi Otoshi

Before getting started, there are several elements needed for the Sumi Otoshi to work properly. First, you need to have good grips. Good grips allow you to off-balance the opponent and to get him or her on the mat. Next, it is equally important to time the throw properly and to hit it when the person hasn’t established his or her base yet.

You also need to circle towards the opponent’s side making the torque stronger whenever you are off balancing your opponent.

To start the throw, you need to have a collar and a tricep grip. When it comes to holding the collar, you will need to go high. This makes the torque stronger and you also have an easier time breaking the posture if needed.

Next, you want to push the opponent and make the uke step on the side where you have your collar grip. Once the uke steps back, you want to pull to make him step forward. But before he even establishes his base, the tori will have to circle towards the opposite side.

As you circle to the opposite side, the tori will also have to circle the uke’s shoulder to the direction of the mat. Treating the body as a wheel is a good way to describe this motion.

There are common mistakes that judokas commit whenever they do a Sumi Otoshi against their opponent in an actual randori or competition. First, a lot of them didn’t develop the timing to hit the throw. Instead of hitting the throw before the uke establishes a solid base, they hit the move a bit too late. What you want is for the uke to be standing on one leg.

Next, unlike the Osoto Gari that relies on a reap, the downside to a Sumi Otoshi is that you will rely on two things to finish the throw. You will rely on your upper body control which is your tricep and collar grips and your angle to your opponent’s side.

You can increase the probability of hitting the Sumi Otoshi if combined with other throws. Also, Sumi Otoshi is a good option to open up different moves.

If you are going to hit Sumi Otoshi, you can use different foot techniques that make the uke defend and step back. This makes it easier to pull them forward and to hit the Sumi Otoshi sequence. Also, Sumi Otoshi is a good Plan A that can also lead to Plan B which is an Osoto Gari. In case you haven’t circled far enough, you can always use your leg to do an outside reap against your opponent’s base.

Training for Sumi Otoshi requires more than just doing mindless uchikomi. It is important to also take a closer look at how a person walks. It means training with different people to understand when to hit the throw. It is also highly suggested that you practice walking your uke not only in a forward and back motion but also on other planes. This will keep them guessing when you are going to do the throw.

During uchikomi, it is possible to compartmentalize two important aspects of doing Sumi Otoshi. You can train your off-balancing skills and your ability to change your angle. Though you are not finishing the throw, this kind of training familiarizes the tori on how the uke typically reacts. On top of that, you can also use this type of training to also explore different throw options in case you don’t have the right angle for the Sumi Otoshi.

Times When It Won’t Work

The right tool for the right situation is always an important rule of thumb to follow in judo. For instance, it is hard to hit a Tomoe Nage if the opponent isn’t even aggressive with his or her attack. The same is true whenever you are trying to hit the Sumi Otoshi. You want the opponent in an upright posture and moving forward if you want to land a textbook corner throw.

If the opponent is being defensive with his or her hips back, then the move isn’t exactly going to work. You need to find a way to make the uke react to get his or her posture up and step towards your direction.

Sumi Otoshi may not be as common as other throws but it’s a handy tool that you can use. It can be added to your arsenal of techniques and can be used to catch the opponent off guard. But if you plan on using the Sumi Otoshi as your go-to move, then it might be quite difficult. It is still a low percentage throw that works best when combined with other high percentage moves.