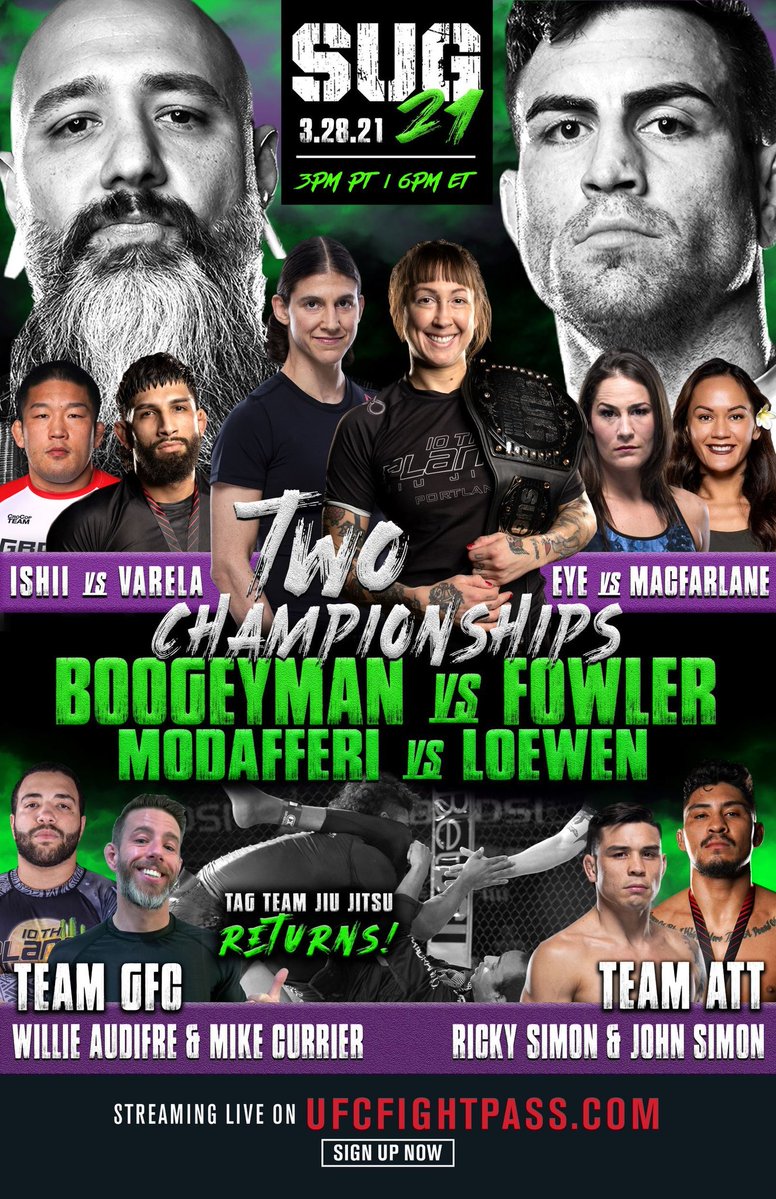 Veteran grappler Richie Martinez is set to face Caio Terra brown belt Mason Fowler at Submission Underground 21. Fowler made headlines last year after beating Craig Jones twice on the SUG promotion. By taking Jones to overtime, he managed to finish twice from the back under EBI rules.

After beating Jones, this meant Fowler was now crowned the SUG champion in the Absolute division. Now, The Boogeyman Richie Martinez is out to get his hands on the prize. It will offer a different challenge to Fowler who was previously very strategic in avoiding the leg attacks of Jones. Now, he has to look out for Martinez’s deadly rubber guard skills.

Elsewhere, the card also features a few other high-profile bouts. These include Satoshi Ishii vs Andy Varela and Jessica Eye vs Iima-Lei Macfarlane. However, it is the other match on the promotion that fans will be looking at apart from the main event. That is, Roxanne Modafferi vs Amanda Loewen. Last time out, Loewen won the women’s title so that is up for grabs.

Although she’s from MMA, Modafferi is no stranger to BJJ superfights and last fought against Danielle Kelly last year at Submission Hunter Pro. Whilst Kelly won, Modafferi used to chance to learn leg locks and come back stronger.

In other news, Chael Sonnen has also hinted at Dillon Danis possibly featuring on the card at some point which would put more eyeballs on the promotion. Danis is known for his flashy profile which includes a loud mouth and nice drip. Whether this actually materialises is unknown.

Lastly, the card also features a tag-team match. Willie Audifre and Mike Gurrier will face off against Ricky and John Simon. Generally speaking, tag-team BJJ is still relatively new and offers something a little different. Combined with the exciting commentary of Chael Sonnen, this one promises to be a good event for fans everywhere. SUG 21 is set to commence on 28th March on UFC Fightpass.