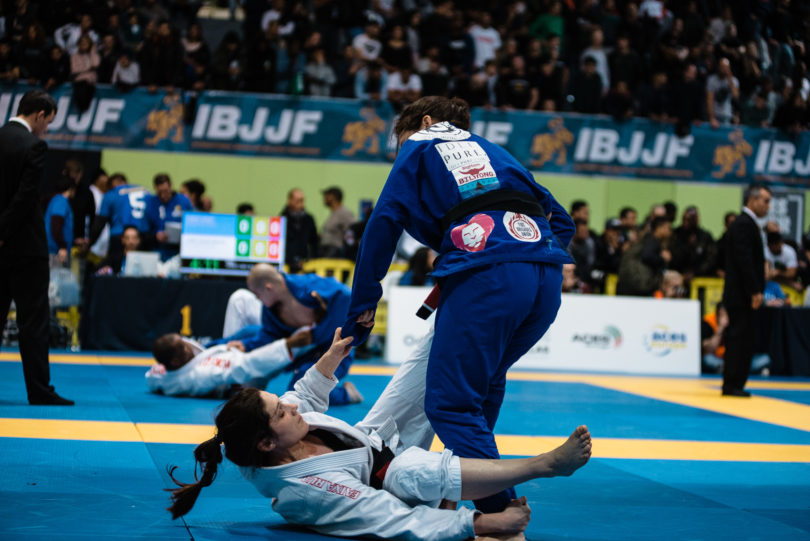 As an already popular and ever-growing martial art, Brazilian jiu-jitsu has plenty of competitive events for practitioners to consider entering if they are eager to test their mettle against similarly skilled opponents.

Of course if you are a newcomer to the scene, then it is easy to get overwhelmed by the different tournaments that are orchestrated around the world each year.

To remedy this, check out this brief introduction to the biggest and best events that should definitely be on your radar right now.

While this competition has only been operating internationally for a little over a decade, it is widely recognized as being the most prestigious and thus the most competitive of the bunch.

Each year the International Brazilian Jiu-Jitsu Federation welcomes almost 2000 top practitioners and many more fans to a tournament that caters to both male and female athletes. While the prize pot is not especially huge, the real reason to compete is for the credibility that a championship title will bestow upon you.

The United Arab Emirates is home to many well-funded sporting events, and this BJJ tournament is no different, with a prize pot topping $1 million and this tempting amount bringing in lots of big players from around the globe.

It is also one of the reasons that BJJ has gained traction in the sports betting arena, demonstrating that it is growing its following and being seen as just as legitimate as many other athletic activities which have tournaments to their name.

Another reason to consider aiming for this event is that if you manage to win one of the feeder tournaments hosted in various regions worldwide in the run-up, you can get all of your expenses paid, including accommodation in luxurious Abu Dhabi hotels and of course transport, which makes it more accessible for skilled yet cash-strapped athletes.

Although it may be focused on athletes in Europe, this particular tournament is actually often larger than the aforementioned World Championships, by dint of the fact that it is easier for people to attend it in the heart of this developed continent.

Frequently hosted in Portugal, the tournament is well attended and benefits from excellent facilities for competitors and spectators alike. If you are based in or near Europe, it should be an obvious choice.

Created as a means of giving talented individuals the opportunity to turn their passion into a full-time profession, this league is responsible for a number of tournaments throughout the year, the largest of which puts a quarter of a million dollars in prize money up for grabs.

With competitions also touring much of North America, the JJWL has one of the most flexible and well-organized infrastructures of any organization in this scene.

First cropping up in 2011, this is one of the most recent federations and associated tournaments in the sport of Brazilian jiu-jitsu.

In spite of being comparatively new, the SJJIF Worlds has managed to pick up quite a following since its initial inception and regularly earns the participation of at least 2500 competitors each year. This has been bolstered in part thanks to the live online coverage which is streamed to viewers around the world.

There are a handful of other major tournaments for Brazilian jiu-jitsu which you may want to enter, and it is really a case of choosing the one which is most accessible to you from a geographic perspective. You will of course also want to make sure that you are adequately prepared before you register.