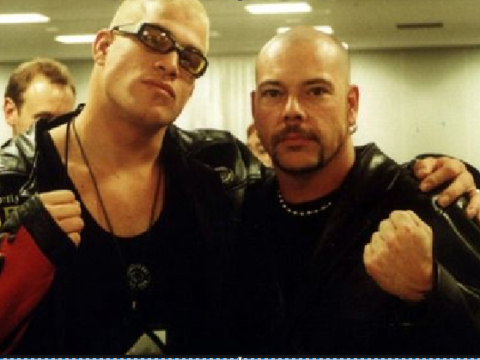 Heard of Rafiel Torre? Me neither, until recently and the story is absolutely thrilling and shocking. This is the true story of the fake Brazilian Jiu-Jitsu Black Belt and convicted murderer. It’s a real-life story of how far deception and lies can take you under the right circumstances.

After the success of the beginnings of the UFC in the 90s, the future of Mixed Martial Arts was in danger in the United States. During the early 2000s, the UFC and similar pay per view events were being dropped by service providers and ppv channels due to government intervention. This pushed MMA below ground and only a handful of serious competitors pushed on with the sport. From then on, the only way of keeping up with the latest UFC and MMA events was via the internet. A stark difference to today’s sold-out arenas and million-selling pay-per-view events.

This is where Rafiel Torre managed to infiltrate the MMA community online. here he began his path to fame and eventually becoming notoriously infamous. In various MMA forums Rafiel would brag about his 14-0 fight record, a record that was “built” in the underground tournaments. The problem was, is that Mixed Martial Arts, at the time, had no real way of proving that his record was real or fake and although, this record was a lie people believed the story due to this problem in MMA. To this day there are some  fights in the UFC, which have never been documented because they were never filmed for television. It wasn’t uncommon for matches to be organised in school gymnasiums and night clubs, that was how Rafiel Torre managed to convince people of his 14 fight winning streak.

A Growth in Popularity

After Rafiel Torre had gained notoriety and popularity within the online MMA community, this was when things started to get weird. At first, he would start to make up stories about his background. Rafiel, claimed to be an ex-Navy Seal and had been trained in Brazilian Jiu-Jitsu from a young age by his father. Unless his father was Carlson Gracie, there were very few BJJ black belts during the 90s.

This was when Rafiel’s stories started to gain some media attention. He became so popular in the fighting circuit that he caught the attention of none other than Arab Sheik Tahnoon Bin Zayed Al Nahyan, the godfather of BJJ in the middle east and the catalyst for it’s popularity in the UAE. Here he was invited to the ADCC, one of the world’s most prestigious grappling events, where he was submitted by Beau Hershberger. However this didn’t seem to ruin his MMA reputation.

After disappearing for a while, Rafiel returned from retirement to fight in professional MMA organisation Cage Rage, against his former student, heavyweight Ioka Tianuu. This was because there was an apparent score to settle between the two and they wanted to throw down in the cage. The match featured during Cage Rage’s “Wet and Wild” event, which got it’s name because it was held outside during a rainstorm. During the match, Torre infact won his match by kneebar.

It was later revealed  that Torre in fact paid Tianuu to take a dive and people started to question the 14-0 record. it then transpired that Torre’s Brazilian and Navy Seal background was infact a lie and that he was also using a fake name. His real name was Ralph Bartel, and shortly after he disappeared from the MMA scene.

What happened to Ralph Bartel

After being disgraced in the Martial Arts world Ralph Bartel aka Rafiel Torre, met Angelina Richards, and they fell in love. However Angelina was married, and decided she wanted to murder his then 37 year old husband, Bryan Richards. This was so she could collect insurance money and live  happily ever after with Ralph Bartel.

It later came ahead after ex-marine and UFC fighter Gerald Strebendt was to be paid ten thousand dollars to murder Angelina’s husband but he refused. This is when Torre took Bryans life into his own hands and choked him to death with a Rear Naked Choke. After Strebendt refused to provide Bartel with an alibi, Bartel was eventually arrested for the murder of Bryan Richards. In court, he admitted to killing Richards, but denied murder, rather it was self defence. His story was Bryan Richards found out about his affair with his wife Angelina and tried to kill him with a pistol.

Ralph Bartel was convicted of murder in 2005 and was sentenced with life in prison. You can hear more about this crazy story in this clip from the Joe Rogan Experience. 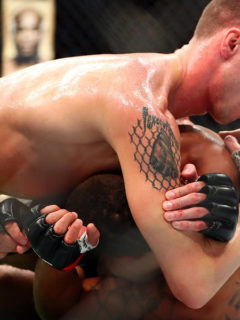 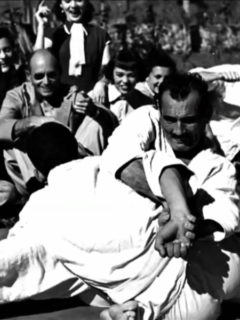 Next
The Kimura - A History & Techniques
Comments are closed.