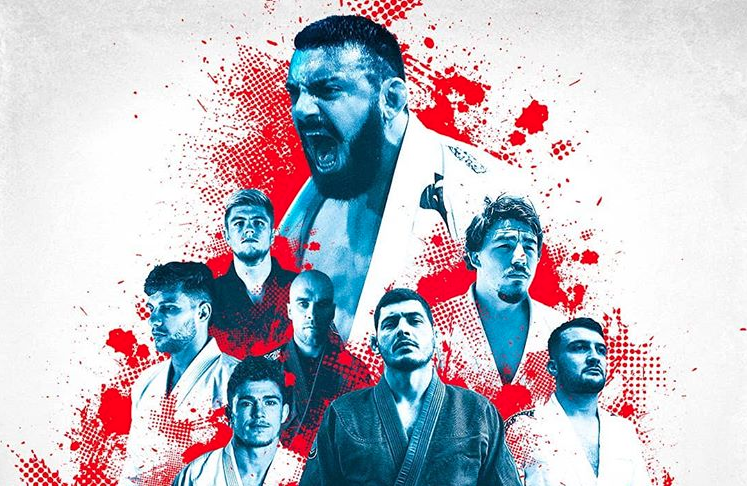 A few days ago we revealed the lineup for team Europe for the latest Polaris squads happening on November 7th. Now we can reveal their opponents, team UK.

Consisting of some of the best gi grapplers the UK has to offer, team UK features a mix of Polaris veterans and newcomers looking to follow in the footsteps of their team NoGi counterparts. Can team UK roster take down the mighty team Europe, let’s dive into the team and find out.

Below are the 8 competitors that makeup team UK

The Europeans medalist’s previous Polaris performance against Devonte Johnson saw him on the losing end of the match, so he will be looking run it back with a better performance

Look out for big takedowns.

Our first Polaris newcomer is Gracie Barra Nottingham’s Sean Coates. A black belt under the esteemed Victor Estima, this is Sean’s first time on the Polaris big stage and he will be looking to make a name for himself against the formidable team Europe.

More known for his IBJJF accolades, this will be a new and exciting environment for Sean, will be rise up and help take team UK to the win? Time will tell.

Our third under 95kg competitor comes in for the form of previous squads competitor Bradley Hill.

Like Tommi Pulkannan of team Europe, Brad will be familiar with the ruleset, so he will be able to give team UK and insight into tactics that will favour them.

Incredibly tough to submit, Bradley will be a difficult opponent for team Europe to overcome.

Last on our list is Brazilian born Marcos Nardini. Now located in Glasgow, Nardini is a second-degree black belt and one of the most experienced grapplers on team UK.

Multiple time IBJJF champion Marcos will be looking to bring his world of experience to help bring team UK the win.

Our first under 75kg competitor comes in for the form of Welshman Bryn Jenkins. This competitor is no stranger to the bright lights and stage of Polaris, competing under the organisation multiple times.

Unfortunately, Bryn’s last outing on Polaris was against Espen Matheson, where he was submitted in tremendous fashion. But that won’t out Jenkins off, he will be out to avenge his loss and bring the points back to team UK.

Next up in the under 75kg category is another Polaris veteran Adam Adshead. Black belt under the legendary Chris Hauter, Adshead is one of the smallest members of team UK, but don’t dismiss him because of his size.

Multiple time IBJJF medalist Adam will look to use his tricky guard to outwit team Europe.

Our next under 75kg is another Polaris newbie, Tyrone Elliott. Normally competing under the IBJJF format this will be new unfamiliar territory for Elliott.

Elliott, however, has been working hard with teammate Hill to work on defeating team Europe. They can regularly be found training at his gym, 222 Jiu-Jitsu.

Will Sam have what it takes to take out members of team Europe? Time will tell.

Polaris Squads 2 is a closed-door event and will be streamed live and exclusive on UFC Fight Pass.