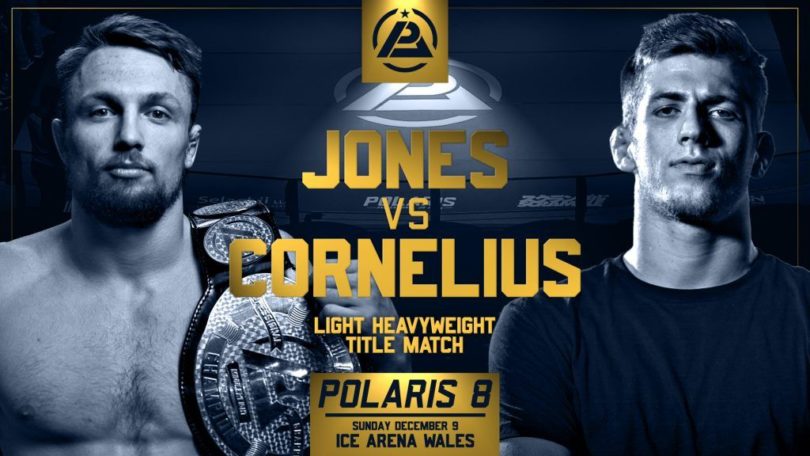 On December 9th, Polaris Professional Jiu-Jitsu Invitational is back for its 8th instalment and it’s returning to its roots in Wales. As part of a big MMA and grappling weekend, Polaris 8 follows on from Cage Warriors 100, the night before, which features undefeated Welsh prodigy Jack ‘Tank’ Shore fighting for the vacant Bantamweight title.

Every year Polaris outdoes itself with stellar cards event after event, but this one is right up there are one of the best, featuring the best fighters in the world and exciting up and comers. The venue might be at the Cardiff Ice Arena, but these matches promise to be on fire!

The Polaris 8 undercard as big shoes to fill. After the success of the Polaris 7 undercard, where every match ended in submission, the matchmakers at Polaris have racked their brains to come up with matches that a going to be exciting but also put British and Welsh grappling on a world-wide stage. Polaris 8 undercard will feature matches from current UFC stars to some of the UK’s biggest up and comers. The undercard currently looks like –

Our first of 7, yes you read that right, 7, prelim matches sees two rising welsh MMA fighters battle it out. Ben ‘El Diablo’ Robson, will be going up against Aiden James. Both guy will be looking to start the night right, with both being extremely competent at lower leg attacks. Look out for great wrestling and rolling heel hooks in a match that might not last the 10 minute allocation.

Bellator and former Polaris fighter Ash Grimshaw will be going up against CF24 head coach and Polaris debutant Bryn Jenkins. Ash will be looking to step up and make better his previous performance against Marco Canha. Bryn, who has seen recent success on the uk competition circuit will need to keep his guard up against Grimshaw, who will be a fast dynamic fighter looking to cause trouble.

Recent Grapple Fest winner Kieran Davern will be looking to make it 2-0 on his Polaris record when he goes up against team New Generation’s Matty Holmes. These two fighters are both fans of submissions, so expect this to end with a black and you’ll miss it finish.

Our next match sees Tom Haplin go up against current UFC welterweight fighter and home country hero Brett Johns. Johns, best known for his calve slicer finish against Joe Soto will need to have his whits about him against Haplin. Haplin is a submission machine as shown on his first appearance in Polaris 7

Next we have Bellator fighter and UFC veteran Paul ‘Redster’ Redmond go up against welsh competitor Craig Ewers. These two will be looking to make a name for themselves on their Polaris debut. Expect big throw attempts from the decorated Judo Black Belt, Ewers and fast scrambles from these two.

Here we have Welsh favourite and current Bellator fighter Lew Long go up against the dangerous Frederic Vosgrone. These two will be looking for the win on the Polaris mats with both fighters looking to out pace the other, in what i predict will be a long hard battle between the two

Our headline bout for the prelims sees Nick Brooks black belt and Polaris referee Ed Ingamells go up against rising star Welsh Black Belt Jamie Hughes. These two have been on a tear up of the competition circuit over 2018. Ingamells has been finishing opponents in record time at other submission-only invitationals, while Hughes has been tearing it up on the local and IBJJF competition circuit. This match is a gi match, which makes things more interesting but these two heavyweights are fast, nimble and ready to throw down. A great finale for the prelims.

Polaris 8 looking to be the organisation’s biggest event yet. On the same weekend as the biggest ever Cage Warriors event CW100, they are putting on a stellar lineup of matches for their main event. Check out our previews of the matches below. 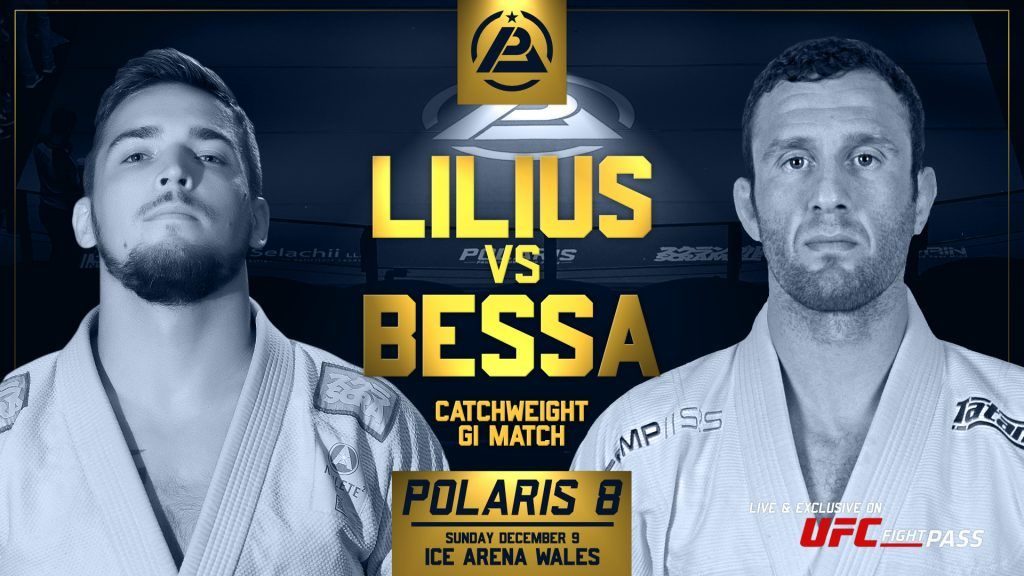 Bessa, who is coming off a submission victory at Polaris 7 against Dominick Debiec will be going up against the younger, aggressive Lilus in what looks to be a fantastic opening matching. Both fighters have fought each other at the IBJJF events, which have proved to be great matchups. Expect aggressive work from both guys, with submission attempts galore. 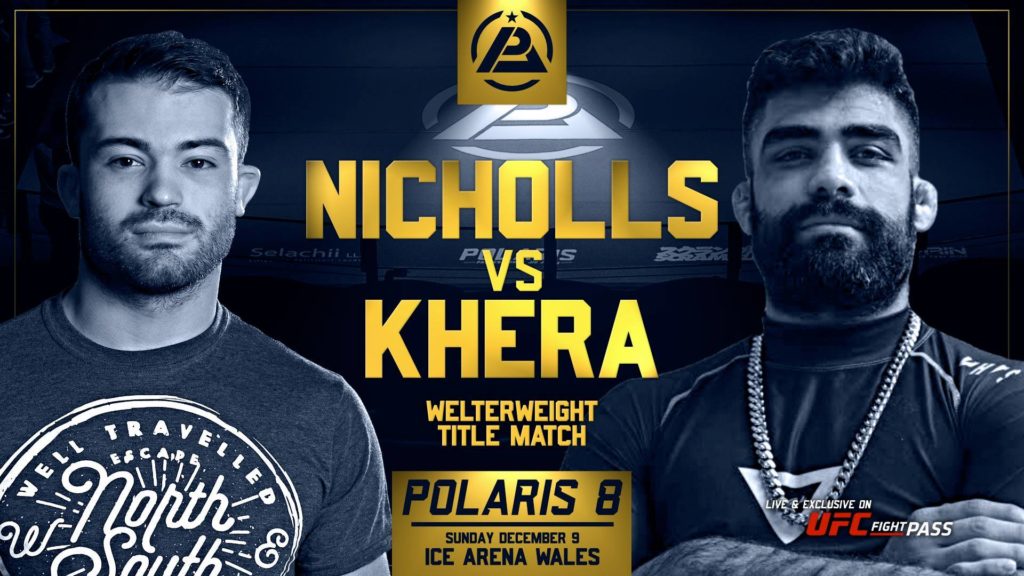 The next match is the first of our 3 title bouts. Both of these guys are very familiar with the Polaris stage, Ross Nicholls has been tearing up the UK submission competition circuit, with numerous wins throughout the year, including a win over 10th Planet’s Nathan Orchard, which sealed his place in this final. He will be facing Mansher ‘Munch’ Khera who is a late replacement for the Polish submission machine and former UFC fighter Marcin Held.

While others think that the original contender, Oliver Taza’s previous opponent Lachlan Giles should be the one to face Nicholls, Mansher will be no walk in the park for the recently crowd Grapple Fest champion. Nicholls will be feeling energised for his upcoming match as he recently defeated Gianni Grippo in a tough battle at the latest Grapple Fest event ran buy Figure 4 Promotions.

Mansher, another Marcello Garcia exile (Dillon Danis being the other) is no stranger to leg lock specialists. He has gone up against the likes of Garry Tonon, Eddie Cummings, Oliver Taza and many others and has never been submitted by leg lock. His heavy top game and knee-slide passing will prove to be difficult for Nichols, leading to another exciting matchup, but in different ways. Can Much pull it out of the bag with only two weeks notice? Only time will tell. 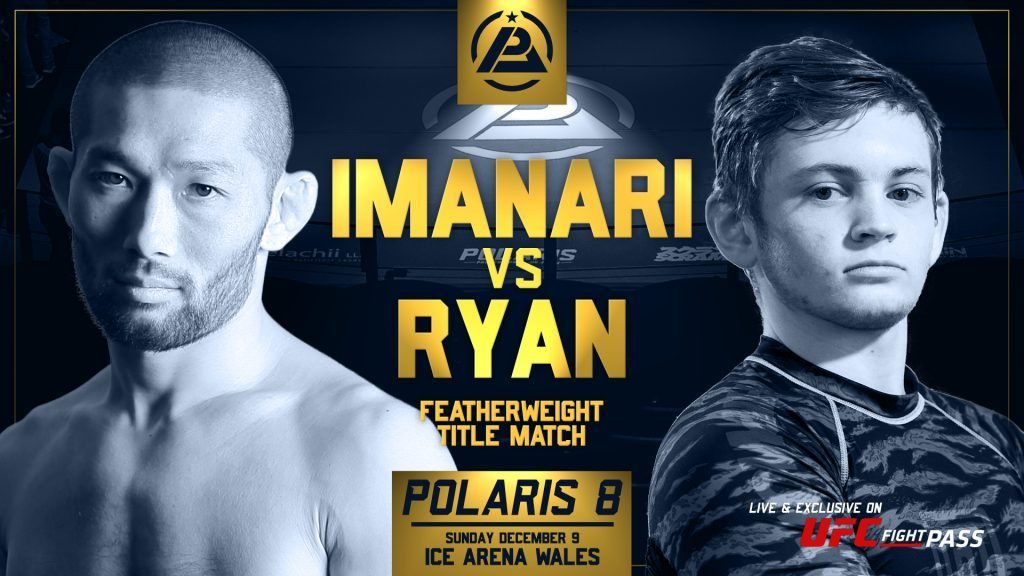 Our second matchup features Danaher Death Squad prodigy Nicky Ryan go up against grappling and MMA legends Masakazu Imanari. While Imanari didn’t win his semi-final match against Welsh grappler Ash Williams, Williams had to pull out due to an ongoing wrist injury and the match was such a close call, Polaris decided to give Imanari the opportunity to fight for the title.

This match is going to be a classic example of the hungry lion looking to stake his claim against the veteran. While the 17-year-old Ryan has, youth and exuberance on his side, don’t count out the crafty Imanari who’s been grappling and competing in MMA since Ryan was a toddler. This matchup is going to be another exciting display of submission and grappling skills and all eyes will be on Nicky Ryan, to see if he has what it takes to defeat the veteran. 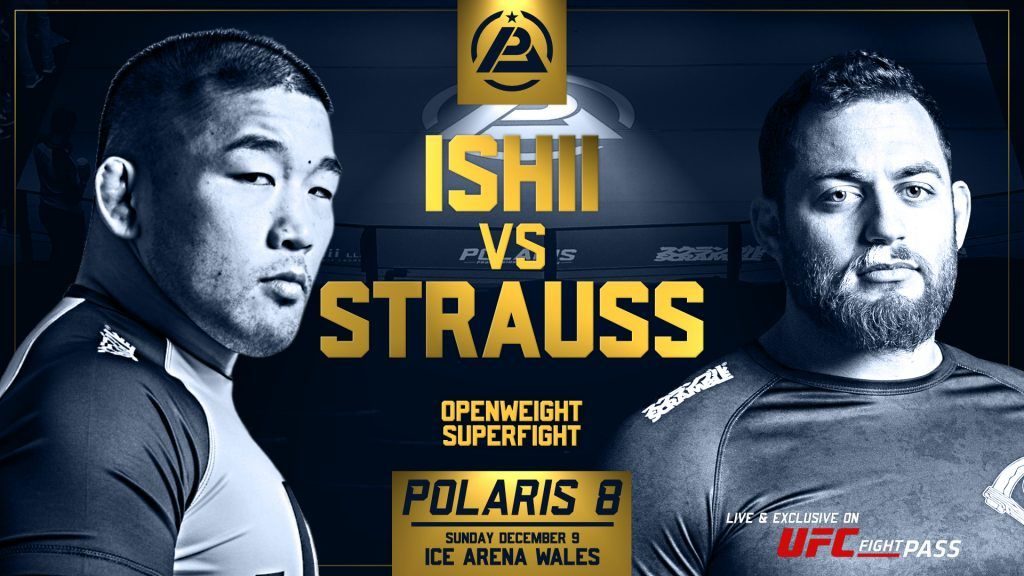 Reinforce the ring because the big boys are coming to play. Polaris favourite The Raspberry Ape, Daniel Strauss will go up against grappling legend and Olympic gold medalist Satoshii Ishii. Daniel, who is no stranger to the Polaris ruleset, will go up against a Polaris newbie with decades of grappling experience.

This match is going to be a heavyweight tug-of-war with the Raspberry Ape giving up a significant weight advantage against the Olympian. As someone who has gone up against international-calibre Judokas, Dan, pull guard! 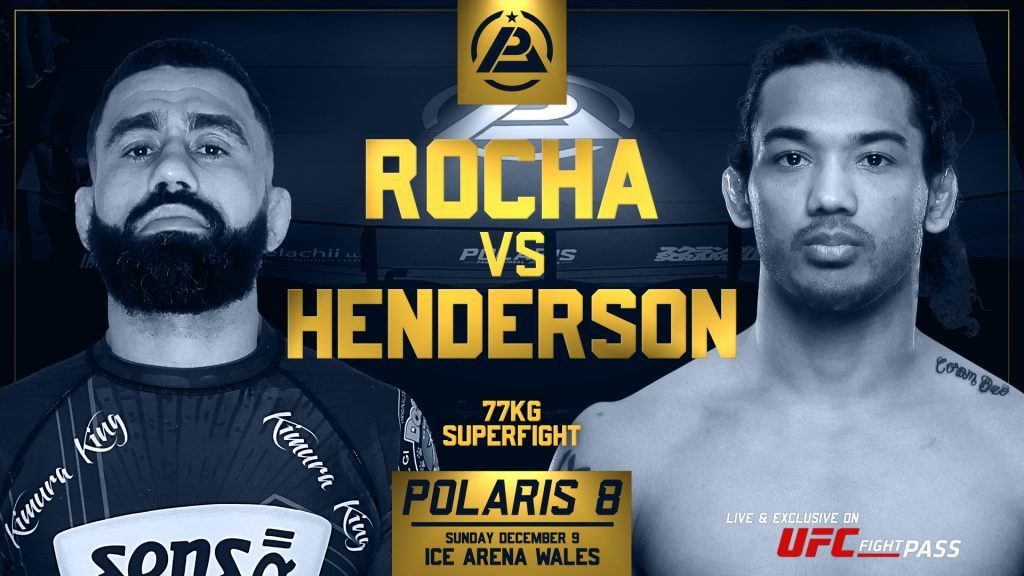 Some get a bucket of water because this match is going to be on fire! You thought the AJ Agazarm vs Benson Henderson fight was going to be a wild encounter? You’ve not seen nothing yet!

This is my pick of the bunch, with both fighters known for their antics on the mats. Benson, who double legged Agazarm off the Polaris stage at Polaris 6, will be going up against Vagner Rocha, who Spartan kicked Agazarm off the stage and into the crowd, sensing a theme here?

Despite the lack of AJ Agazarm, these who are hyper aggressive fighters, with Henderson’s pedigree in wrestling and unlimited gas tank and Rocha’s aggressive, suffocating style, this is a match I seriously hope goes the distance because for 15 minutes, these two will go at it! 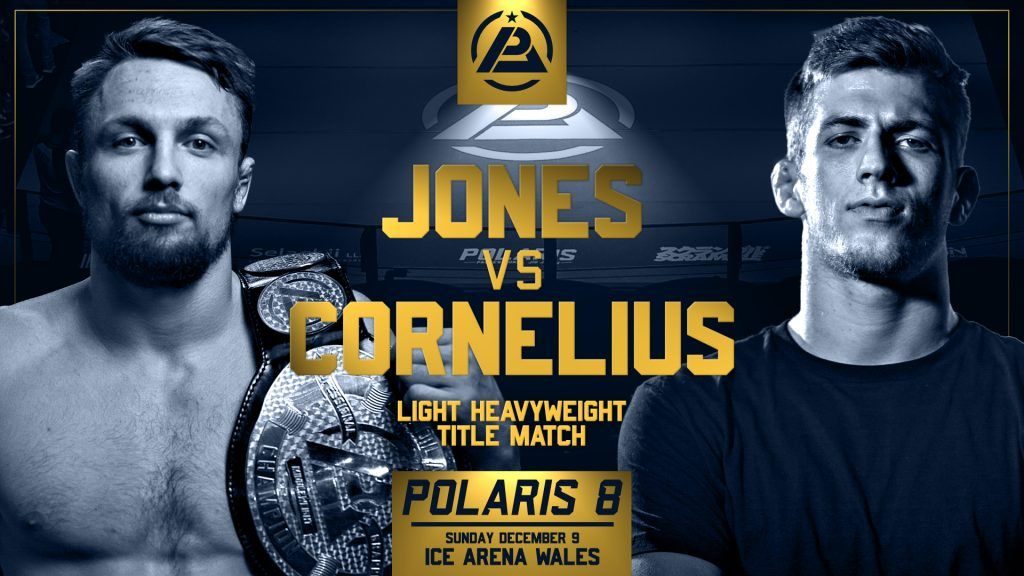 The returning champion, Craig Jones is looking to avenge his loss against Keenan Cornelious, after he beat him at the ADCC, denying him a medal position at the tournament after such a great run during the day. Keenan hasn’t competed at Polaris since it’s inaugural competition, where he defeated Dean Lister with a reverse Triangle, so it’s great to see him back on British soil.

This is going to be a great matchup with two outstanding fighters at the very top of their game and promises to be the perfect round off to an unbelievable weekend of MMA and grappling. See you mat-side.

If you would like to know more about the upcoming Polaris 8 event and would also like to buy tickets? Visit polarisgrappling.com