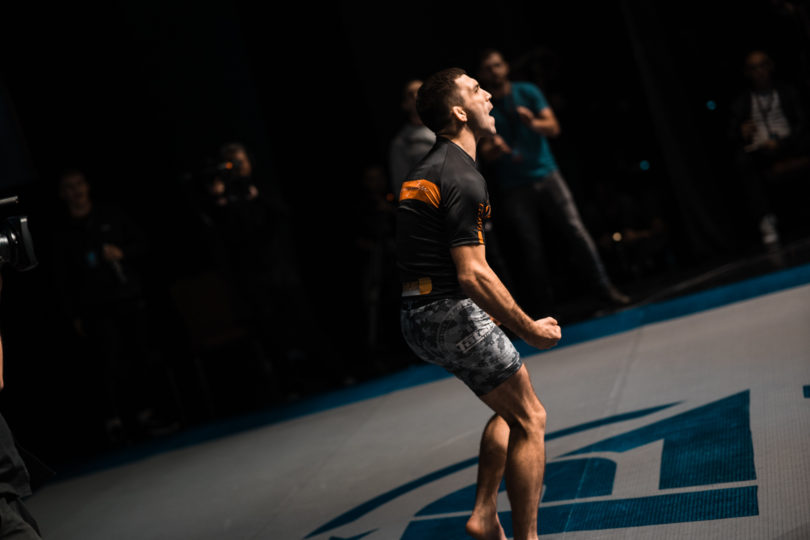 Over the last week or so, Polaris has been releasing a few cryptic teasers to their new spinoff “Squads”. Now, thanks to Jits Magazine, the format has been unveiled.

Like the name says, Squads will be looking to innovate the Jiu-Jitsu scene again. After their successful UK Grand Prix outing, which saw a new rule format, Polaris “Squads” is looking to mix things up once again.

Matches will be split into two forty-minute halves with rounds being 5 minutes each. Similar to Quintet, this will be a pure “submission-only format with no in-round points system, however, a points system has been unveiled. Team points will be scored for submissions, with 1 point for an even weight submission, or a higher weight submits a lower weight. If a lower weigh competition submits a higher weight competition, then the team will be awarded three points.

Unlike Quintet, all submissions will be legal, meaning heel hooks, neck cranks and spine locks are allowed.

It has been announced the Polaris Lightweight & Bantamweight champion Ashley Williams will be involved in the event and is known to be representing Team UK & Ireland.

Polaris “Squads” takes place on September 27th and can be watched exclusively on UFC Fight Pass.