So after months of leaving this blog to the wayside because of travelling, there was no better way to kickoff my homecoming by attending Polaris 3 with a huge number of team mates (15 in total) from Fightworx Taunton. Pioneered by the guys from Scramble, Tatami Fightwear and other companies, Polaris has filed the gaping hole that Metamoris left in it’s desructive wake, the first two Polaris’ shows surprised us with exciting matches and incredible submissions, Gezary Matuda’s blink and you’ll miss it submission of Michelle Nicolini will go down in history and one of the show’s greatest upsets.

Last night Polaris decided to mix it up with a new venue at the Lighthouse art centre in Poole and honestly, seemed liked the perfect venue for the show. The venue tier was practically full to the brim with jiu-jitsu enthusiasts all over the country and everyone was super-excited to see Garry “The Lion-Killer” Tonon face off against Rousimar Palhares.

The night started off with a bang with their free-to-watch undercard, which featured an incredible final-second submission from Keith Mckenzie over Jeff Lawson, showing that it never giving up until the last second pays off. Other exciting matches included Travis Newaza’s shock defeat again Ben Dawson and the battle between Vinicius de Castro and Greg Creel.

After the intermission, the main event started and  while I won’t go into every match detail by detail all you have to know is that each match ended in a draw. Now don’t let that put you off the event, because actually the event itself was fantastic. There was a lot of action on the mats, and the only non-starter of a match was Gianni Grippo vs Bruno Frazatto, where they decided to play rolly polly for 15 minutes, unfortunately I think that was due to an unfortunate matchup where two guard players went off against each other. 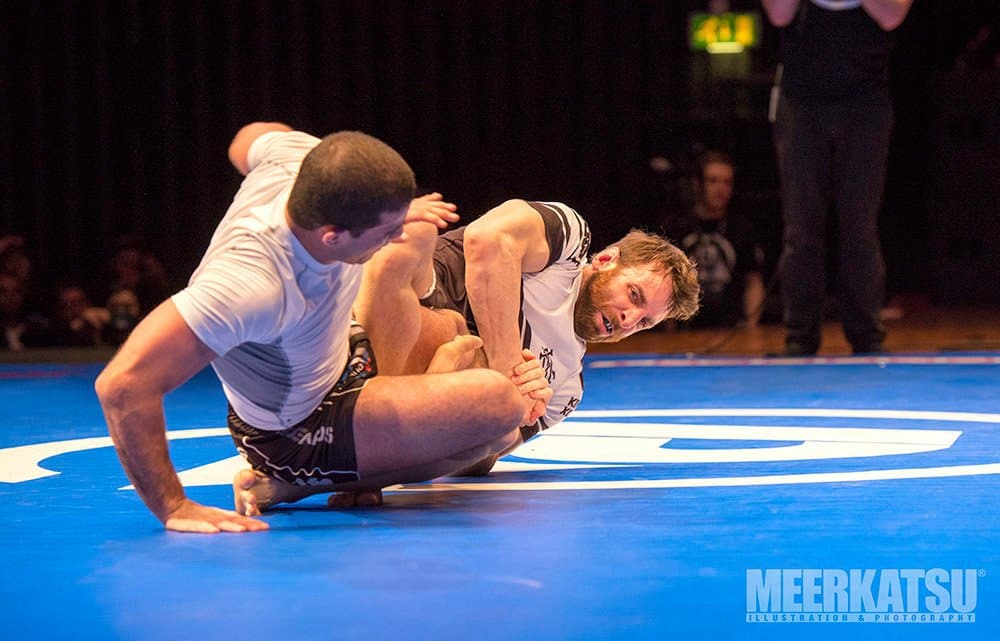 The most exciting matches came from when there were two distinct styles of fighters, even though it ended in a draw, Eddie Cummings vs Augusto Tanquinho was excited because it was a match of a guard player vs a top player and i would like to seem more match ups like those in the future.

The match between Agazarm and Shields was a pressure cooker ready to pop, after their jibes at each others on the BJJ podcast, these two were really chomping at the bit to get in each others faces. The match involved slapping, supposed eye-gouging, both fighters having to be pulled off each other and trash talking right to the very end. 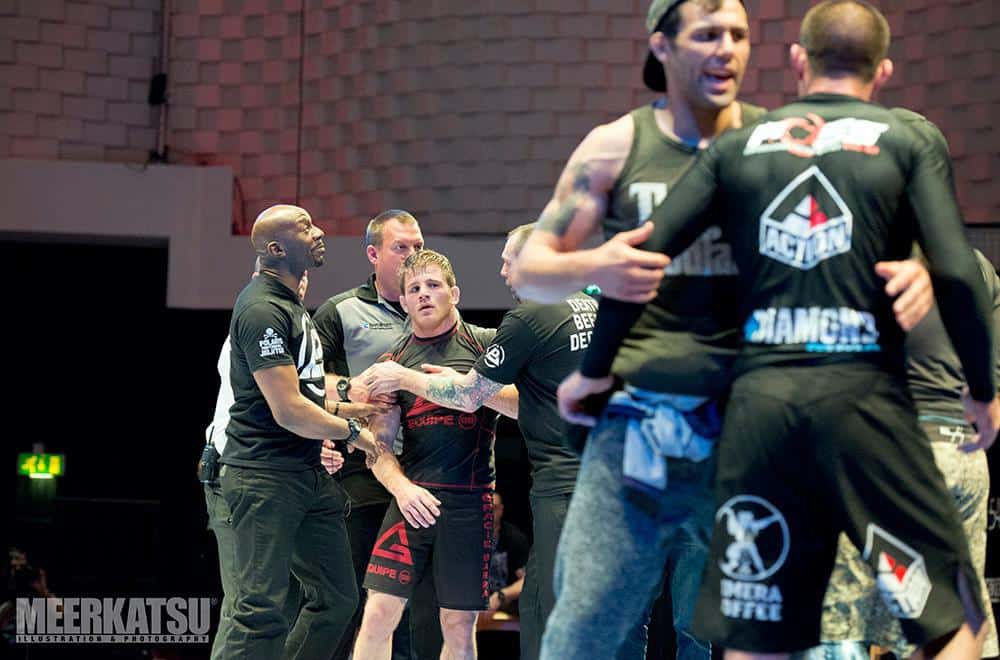 Right I’m going to put this out there, I like AJ Agazarm and I like Jake Shields, the atmosphere was amazing and so was the match. I like Jake Shields because he’s a UFC legend and basically the third Diaz brother, but I like AJ because he’s basically the Connor McGregor of the grappling world. Take his previous match with Daniel Strauss, that match was sold on the mouths of the fighters. Agazarm has no problem playing the heel and goading his opponent into a slanging match with him, this obviously makes it a much more exciting battle, especially when it comes to selling fights, exactly what McGegor does and why he’s Dana’s protected prince.

Either way, it made for an amazing match, that will go down in Polaris history, I can only hope they can book a rematch because we all know it would go off!

Unsurprisingly this match was of the night. Garry “Big Balls” Tonon faced off against the Notorious Rousimar Palhares. The match basically looked like the final boss fight with Palhares dwarfing Tonon with his size. The match was a high-pace exciting trade off of heel hooks between both fighters, whenever Toquinho go hold of Tonon’s legs i cringed in fear. Highlights included Palhares suplexing Tonon and Tonon’s back take. 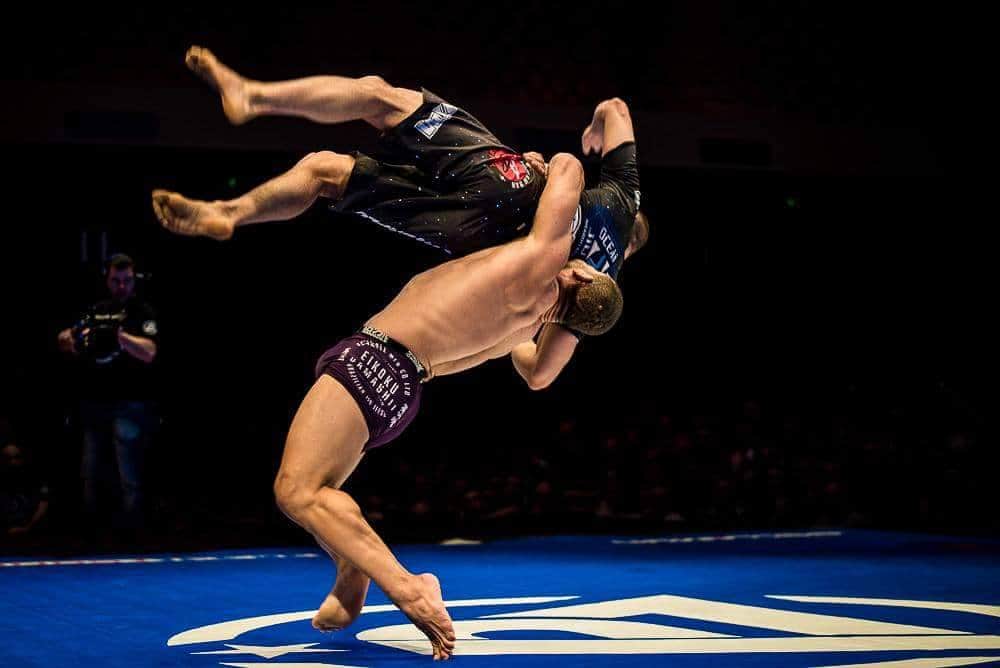 During the fight it seemed that there was a new Toquinho fighting, he turned out Tonon during the suplex and his submission attempts didn’t come off as deadly as they normally do. After the match during the interview he said that he is trying to turn over a new leaf in his career, and that was also backed up by Tonon saying, he didn’t feel like Rousimar was going to ruin his limbs.

Overall, another amazing event, despite the evenly-matched fights and I can’t wait for number 4 to happen later this year! Special shout outs also go to Travis Newaza, who swapped patches with me and was an awesome dude and the Martinez brothers, Richie and Geo for stopping to take pics with me and to take a few patches. Thanks guys!

Rolling with Conor McGregor inspired me to live my life